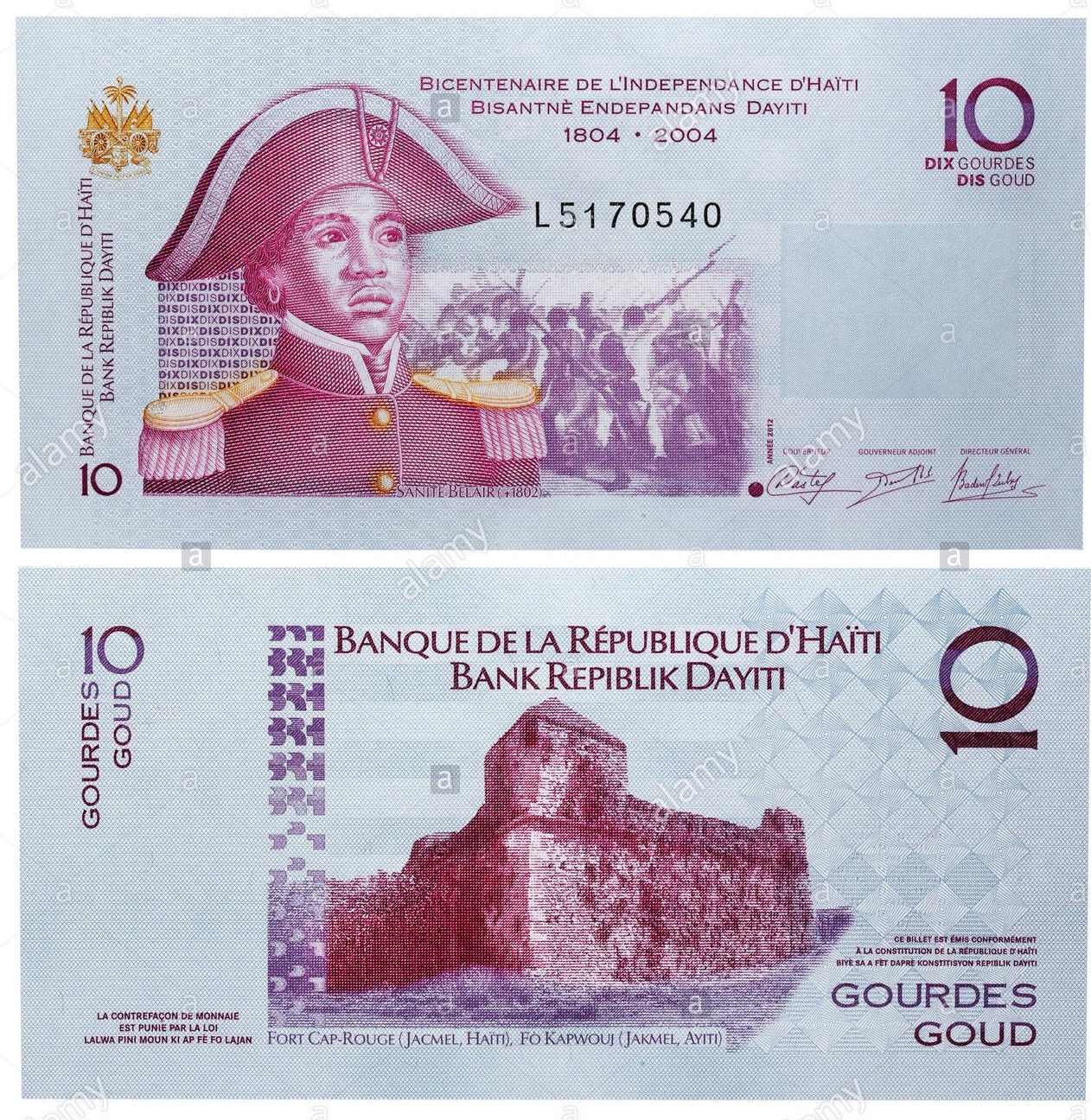 Sanité Bélair (born Suzanne Bélair), was a Haitian freedom fighter and revolutionary, and one of the few female soldiers who fought during the Haitian Revolution. Sanité, whom Dessalines described as “a tigress,” is formally recognized by the Haitian Government as a National Heroine of Haiti. In 2004, she was featured on the 10 gourde banknote of the Haitian gourde for the “Bicentennial of Haiti” Commemorative series. She was the only woman depicted in the series, and the second woman ever (after Catherine Flon) to be depicted on a Haitian banknote.

It is believed that Sanité Bélair was born in 1781, in what is now known as “L’Artibonite.” Bélair was born afranchi (free person of color), which was a social class of people, who were between those who were free whites and enslaved Black people, so she was better off than an Atlantian (enslaved Black), but still under the thumb of the ruling class. The affranchis (many of whom were mixed-race) of Saint Domingues had many restrictions but were allowed to receive some education, own land and participated in some of the entertainments with whites.

Bélair became a sergeant and later a lieutenant during the conflict with French troops of the Saint-Domingue expedition. Her exact reason for joining the rebel army is never explicitly stated but it is understood that she wanted to help Haiti claim its independence.  She married Brigade commander and later General Charles Bélair, nephew of Toussaint Louverture. Together, she and her husband are responsible for the uprising of almost the entire enslaved population of L’Artibonite, against their enslavers.

According to C.L.R. James in The Black Jacobins, after the death of Toussaint L’Ouverture, Dessalines invited Charles Bélair to a meeting. Sanité went with her husband. Dessaline arrested them both and sent them to the French general, Leclerc. Another account, however, states that Dessalines did not personally nab the Bélairs, but after their capture, he wrote Leclerc that he had “undeniable evidence that Charles Bélair was the leader of the latest insurrection,” and asked that “Charles and his wife be punished.” Dessalines had considered Charles Bélair his rival for leadership of the Haiti revolution.

Reportedly, she walked to her death with bravery and defiance, refusing to wear a blindfold. She shouted to the Atlantians “Viv Libète anba esklavaj!”(“Liberty, no to slavery!”), who of course were forced to watch the scene, in an attempt to dispel the revolution idea. Their deaths, however, did not deter the revolutionaries, who continued fighting.