This population of 11 million is similar to that of the Dominican Republic, that of Cuba, Greece, and Belgium and the city of New York, all around 11 million people each.

From 1986 to 2016, the elite represented seven percent; the middle-class population 18 percent; poor rural masses and urban ghettos accounted for 75 percent.

Very little movement of social classes has happened in Haiti in the past 500 years, from the colonial era, passing through 1804 to the present time. Haiti is the most unequal nation in the Western Hemisphere despite its redemptive mission from its birth in 1804 as the first free black nation in the world.

Mining resources (source: Haiti Mines Office): Exploited in the past by Sedren SA at Mémé, Gonaives, for copper; by Reynolds SA at Miragoine for aluminum. Unexploited areas are mainly in the northern and northeast parts of Haiti.

Exports: $800 million in goods, mostly garments, are specially manufactured in the processing plants at the industrial park of Port-au-Prince and Caracol.

Export of wood (source: Mario Delatour, Where are our trees?):

Development Index: 168 out of 187 countries, the lowest in the Caribbean and Latin America.

Education: 50 percent of children of school age attend school; 90 percent of school children are in private or congregational schools; 50 percent of teachers do not have the necessary qualifications to teach well. The level of literacy is 61 percent, compared to 92 percent in the rest of the Caribbean.

Economy: Based on coffee, cocoa, Francis mangoes, eels, essential oils, especially vetiver oil, and transfers from the Diaspora. Its annual budget is $2.3 billion while the budget of the Dominican Republic with the same population on the same island is $18.4 billion for the year 2019-2020.

Currency: One dollar is worth 70 gourdes, while Haiti benefited from a US currency exchange rate of five gourdes for one dollar in effect until 1982.

Religion: The Catholic Church in Haiti enjoys a privileged status because of the Concordat signed by the Haitian government with the Vatican in 1864. Haiti has a cardinal, 15 bishops, and 900 priests who also provide academic leadership and instruction in parochial schools in addition to their religious function in churches.

Potential: Haiti has a young, large and resilient population. With a minimum cadre of excellent and caring leadership, the country can surmount its evils and care for itself. Its external and internal debt is low; it can be wiped out easily with a project of debt swapping for nature, filling the thousands and thousands of Haiti’s mountains with cedar and mahogany trees, rendering the nation green like Dominica and rich like Singapore in less than a generation.

Haiti has a rich culture in the arts, it’s excellent cooking of ingredients from the Tainos, Africans and the Europeans, and its mellow tropical music that can be shared with the rest of the world through tourism and religious festivals reminiscent of medieval pilgrimage.

Haiti has a deep historical past that inspires emotion and a good feeling in all freedom loving people of the world. By using UNESCO funding and mission, it can recreate the Slave Route, repairing all the vestiges of the process of slave liberation bringing mankind to the level of singing the ode of joy to liberty, equality, and fraternity amongst all people!

Haiti’s great evils: Corruption across the board, lack of leadership and of patriotism, lack of expertise in public affairs: health, education, infrastructure, general services, tax collection, the justice system, road development, energy and organization of the public market.

Lack of respect by the government and the civil society for the majority of the population. Insufficient knowledge of the population of their rights and their duties. Inopportune intervention by foreign countries and foreign organizations, in particular, the United Nations with its stabilization force MINUSTHA. It brought cholera into the country with no significant commitment for compensation.

Conclusion: If Haiti wants to get out of its failed nationhood status, it must:

1. Reverse the bar and take charge of the education of its population so that 90 percent of school funding needs be put in place by the Haitian government leaving only ten percent for the private sector and the congregational schools.

2. Offer the two generations of Haitian citizens who have not been able to benefit from the bread of education because of the ineptitude of the governments during these last 60 years, the possibility of free retraining in courses of instruction in the evening in a classical curriculum and practical arts.

3. Target the development of the rural world with affirmative action, supported and accepted by all in all the rural sections of Haiti.

4. Have enlightened management from itself or from abroad that will provide a minimum of a rational standard of services for the population, without corruption, and without outrage to the citizens.

5. Educate the population about its duties such as paying taxes, waste management, getting rid of the culture of contraband and corruption; engage in the construction of the homeland.

6. Understand that the homeland is a continuous creation; Trees do not grow on their own. They must be planted. Destroying nature for its personal ambitions has its consequences on the health of the soil as well as on the desertification and the death of Haiti physically and spiritually.

7. Cease the poisonous cocktail of greed, gluttony, and corruption in all domestic or foreign aid initiative (IHRC, PetroCaribe, Education Fund) that wipes out any nation building patriotic impetus.

8. Its strong Diaspora of three million people must stop dreaming of leading Haiti via the internet but get their hands to the wheel by investing in Haiti, especially in the agricultural sector. Their meager individual transfers serve mainly for the purchase of food for their loved ones that comes largely from Dajabon and Elias Pine in the Dominican Republic.

9. Cease the culture of fake and hypocrite compassion for the poor masses and engage in the culture of polishing the skills of each citizen so they will produce for themselves and for the state.

10. Last but not least stop worshipping the sacred cow of political animals, engage in a true renewal of the political class by bringing new national leadership that would take at heart the welfare of the entire population. 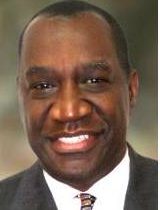 (Sources: BRH/Republic Bank of Haiti and Haitian Bureau of Mines)