The Brand Ambassador program serves to work with a strong network of influencers to continue to help raise visibility and awareness for persons living with intellectual disabilities through Special Olympics Haiti programs. The program seeks to grow its network of technical staff and supporters to provide better services to its athletes. The Brand Ambassador program provides opportunities to engage with local athletes and will offer education, leadership development, mentorship and life skills activities, including an annual trip to Haiti highlighted by a sports clinic and workshop. Joseph-Day now joins Jozy Altidore, current Toronto FC player, as ambassadors of the program with the goal to also galvanize the Diaspora community in the efforts in-country.

“I’m very excited to be joining Special Olympics Haiti as a Brand Ambassador and to help promote and raise awareness for those living with disabilities,” says Joseph-Day. “Even as an NFL player, young kids from Haiti pursuing their athletic ambitions inspire me today.”

Founded in 2003, with a network of dedicated coaches and volunteers, the mission of Special Olympics Haiti is to provide quality year-round sports activities, training and competitions in safe spaces to persons with intellectual disabilities (ID) to afford them opportunities to share their gifts and talents to the world openly through sport. Special Olympics Haiti partners with specialized schools and centers that serve persons with ID providing regular sports training in football, track and field, basketball, bocce, volleyball, table tennis, equestrian and unified sports (played with non-ID athletes).

“We’re excited to be partnering with Sebastian as our newest Ambassador. There is much work to be done to change social attitudes and behaviors towards persons with intellectual disabilities, especially in Haiti, but working together we can send a strong message for social inclusion and change mindsets.  The future of Special Olympics Haiti is now very promising” declared Nathalie Philippe, Executive Director of Special Olympics Haiti.

Joseph-Day will also help raise awareness for the organization through his network and digital channels. 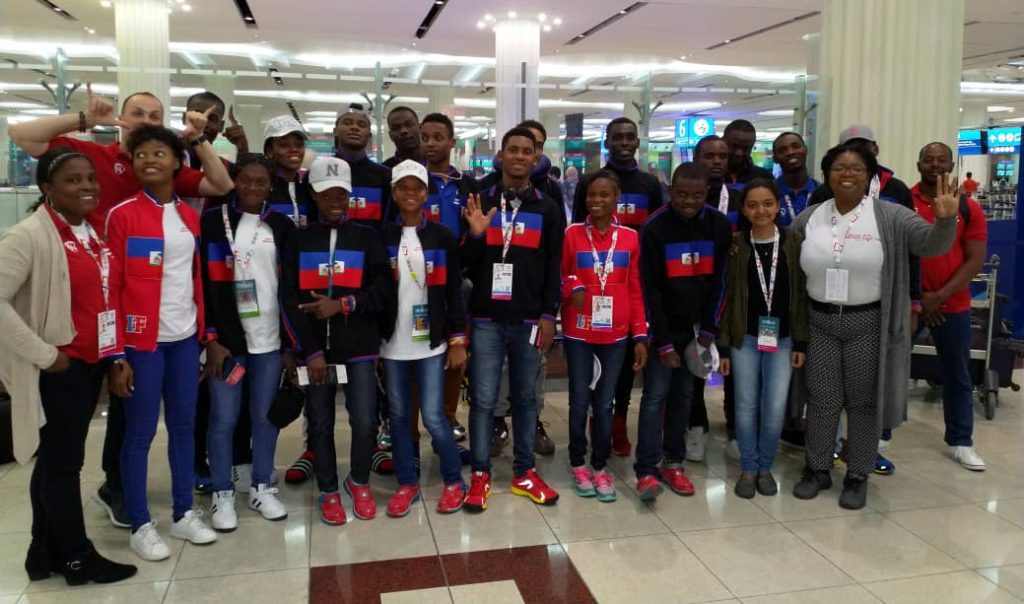 Accredited by Special Olympics International, Special Olympics Haiti aims to break down barriers on the ground and off the field through the power of sport. Partnering with specialized schools and centers that serve persons with intellectual disabilities (ID), the mission of Special Olympics Haiti is to provide quality sport programming year-round including tournaments and competitions in safe spaces in addition in addition to conducting workshops and training for sport professionals, partners and caregivers within the network.

Malka Sports is a rare breed of full-service sports management agency. It’s not just agents and managers. It’s also designers, editors, directors, writers and animators who push towards a singular goal: to maximize all areas of their client’s business. Athlete or coach, Malka Sports leans on its underlying content arm to produce promotional material and generate buzz. Spanning everything from stunning graphically designed images to short-form video content and long-form documentary exposés, clients benefit from having a content studio they can lean on at a moment’s notice. With offices in Jersey City, NJ and Santa Monica, CA, Malka Sports works with athletes and coaches on both coasts – and everywhere in between.

Sebastian Joseph-Day was raised in Stroudsburg PA by his parents Vivens and Mirlande who were both born and raised in Port-au-Prince Haiti and moved to the US before Sebastian was born. Being a first generation Haitian-American as well as football player, Sebastian experienced a rich mix of experiences and culture during his upbringing. Sebastian went on to play football at Rutgers University on a full scholarship. At Rutgers, he received his bachelor’s degree in Journalism. On the gridiron, he became a 3-year starter for the Scarlet Knights as well as earning the team’s Co-MVP honor following the 2017 season. His success on the field was complimented in the 2018 NFL Draft where he was taken in the 6th Round by the Super Bowl 53 runner-up Los Angeles Rams. He is now entering his second year with the franchise and looks to make a huge impact on the field, and an even bigger one off of it.