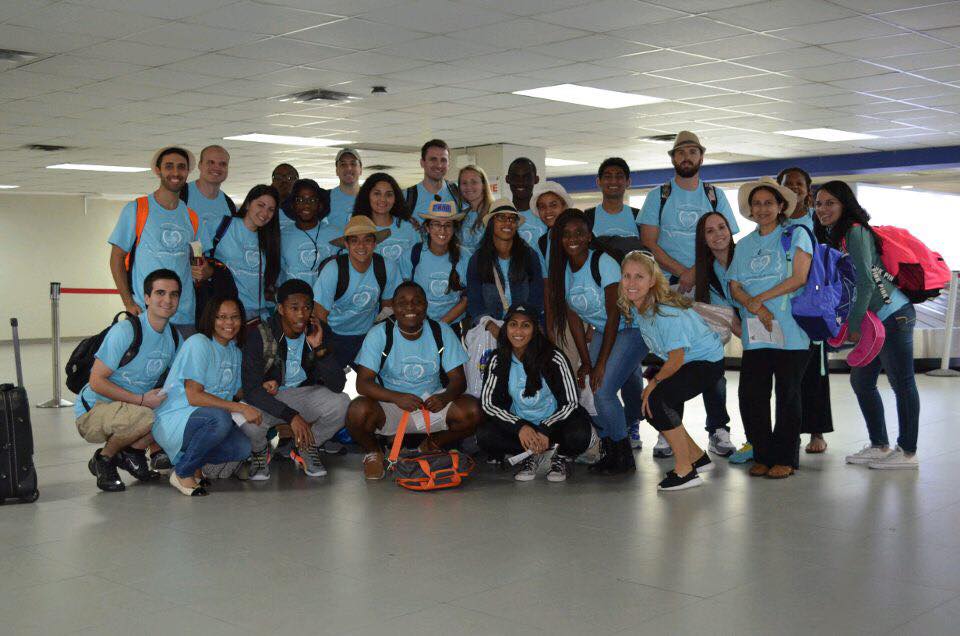 Sleepless. Frantic. Excited. Fatigued. But it was all worth it.

Many of us did not sleep the night before. A few of us had some last minute assignments to finish before departure, but all of us were excited.

The night before, we asked everyone to introduce themselves and describe what aspect of the trip excited them most. Some described the close interaction with their colleagues during the trip, others wanted to immerse themselves in Haitian culture. I said I was “generally excited,” resulting in a few chuckles. I was genuinely excited for all aspects of the trip: seeing years of work come together, working with my friends, making new friends, developing a framework with like-minded individuals to create something sustainable and meaningful; all of it provided the adrenaline I needed to stay up all night. Secretly, my largest excitement stemmed from having my mom around. Without a doubt, my mom KNEW I was ecstatic to have her on the trip. She has infallibly been alongside each medical trip to support me, and I never take those experiences for granted. She also has always been selfless in all aspects of life and today, it would unfortunately get us in a bit of trouble.

Most of the team had arrived at the airport by 4:45 a.m. Our flight was scheduled to depart at 7 a.m. on Saturday. With international flights, you have to be at the airport a minimum of two hours in advance to ensure you comfortably navigate through security and check in. We had a lot of bags to bring on the trip, so we quickly assigned individuals with luggage for check-in.

With a team of 28, we took it upon ourselves to escort two Haitians, a woman and young boy, who would be traveling our way. They arrived a bit late, so there was a last minute scramble to check in as many of their bags under our team.

Around 6:10 a.m., the employees, as per policy, closed the check-in, which left us with a 42-inch television and a large duffel bag but nowhere to put them.  We called the woman who dropped the two to the airport, notifying her of the mishap. She stated she would be outside in five minutes so I snatched the TV and took off sprinting towards the exit. I returned the TV after explaining the situation, and hightailed back to the security screening. The duffel bag! We forgot the duffel bag. Fifteen minutes had passed. The plane would be taking off in a little more than 30 minutes.

Since the woman and the boy did not speak any English, my mother insisted the team go through security while she and I stayed back to try and handle the situation. While my mother pleaded with the employees to allow the luggage to be checked in despite the deadline, I argued to leave the baggage and rush over to security. “Leave it. There’s no time. Stevenson is blasting my phone saying they’ve begun to board,” I screamed at a pitch I didn’t know I could reach. My mother glared at me: “It’s about responsibility. We accepted it and must see it through.” It was 6:35 a.m.

We quickly called the friend once again, and she stated she was ten minutes away. We decided to place the duffel bag in storage. My mother and I, sprinting towards the storage office, began to laugh harder the further away we ran from the security checking. We were going to miss the flight because of her unwavering foundation in helping others. I loved it.

Everyone on this trip embodied those sentiments. We felt that principle. It was why we were going on this trip and why we sacrificed our time during spring break and leftover sanity to provide for the less fortunate, those who we deemed our responsibility.

We left the duffle bag in storage and sprinted once again to security check in. The line appeared to be at least a 20-minute wait.  But one of the security guards had been watching us run around like chickens for the past hour.  She graciously led us to a short-cut line, allowing us to clear security within two minutes. We clutched our shoes in our hands as we ran towards the gate. At 6:45 a.m. we reached the gate. A few in the group had stayed behind to ensure we made it. Our blood pressures must have simultaneously dropped back to normal.

We touched down in Haiti around 8 a.m. Missing luggage held us up as we tried to exit the Port au Prince Airport, but we eventually made it through. The ride towards St. Michel de l’attaye was an estimated six hours. We passed through numerous parts of a bustling Saturday morning in the capital. The bus was filled with first- and second-timers asking about the Haitian agriculture, economics, and education. It was inspiring to see so many people from Wyoming to Pakistan, all genuinely interested in absorbing as much information about Haitian culture. After stopping for a quick, delicious Haitian meal halfway through, I saw my opportunity to begin my long-time aspiration of being a bus driver. I started the engines, got told by everyone I should stick to medicine, and took my seat in the back.

The rest of the ride, most people were recovering from a destructive combination of jet lag and a Haitian feast. Team members occasionally woke up, shaken up by the rocky Haitian roads that are more prevalent in the rural areas.

In a few hours we arrived at the guesthouse.  After settling in, we had a short reflection during dinner. A few people discussed what they enjoyed most about the trip.  “I loved when we stopped briefly to give some kids candy from the bus. They were so grateful,” a student began. The conversation continued with laughter regarding the day’s adventures. “I learned it was important to realize that we should not feel sorry for any individuals here. Although their struggles are not our struggles, we should recognize that their difficulties are different, not something to show pity upon,” one of the mission team leaders mentioned.

I was eating a nice piece of chicken, paused, and thought about that in the context of today’s incidents. All of these individuals, medical students, nurses, physicians, and volunteers did not come together because we looked down upon the misfortunes of Haitian people, rather we understood that they were our responsibility, and we needed to follow through. 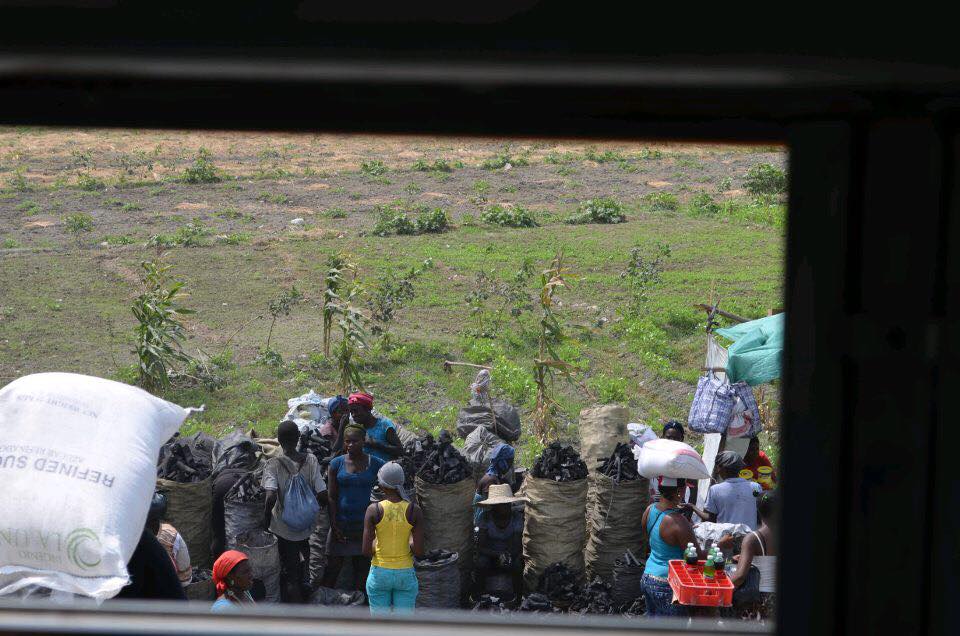 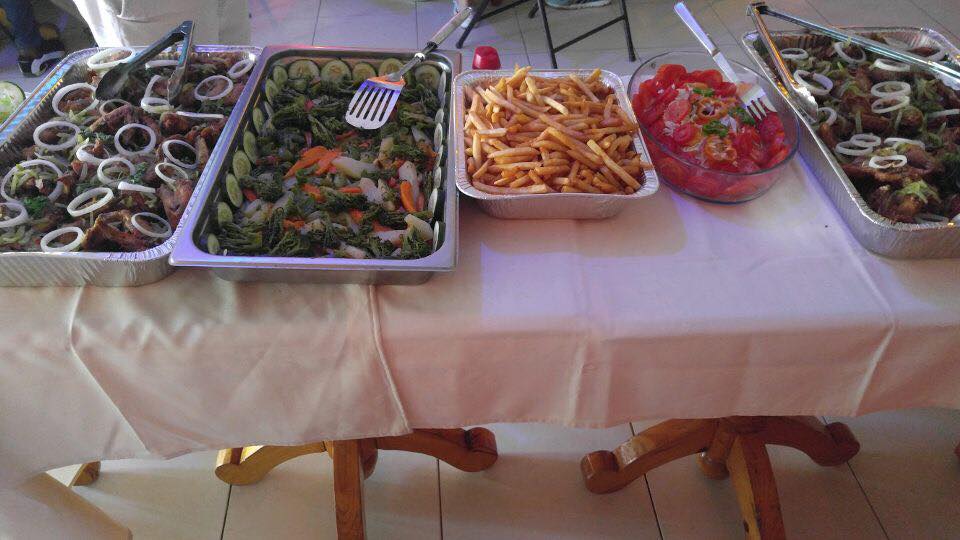 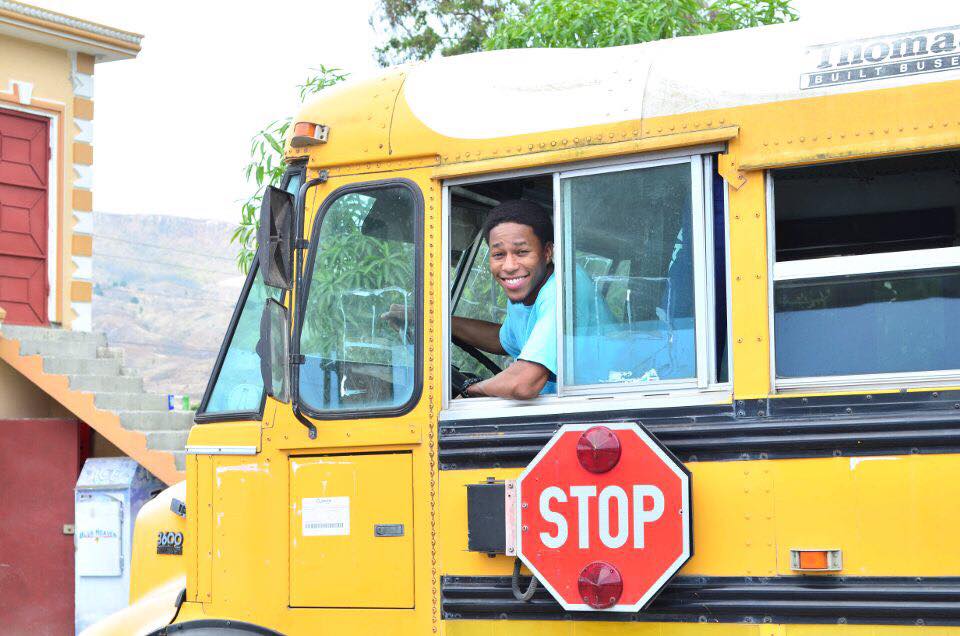