Congratulations to the Haiti Polo Team!!!!

Haiti Polo Team faced Team Australia (Perth National Polo Team) in the semi-finals of the “Polo in the City” World Series Polo Saturday afternoon in Perth, Australia (15h00 local time GMT+16). It was a nail-biting match between the two teams. Tied at 6-6 with 12 seconds remaining in the last chukker (quarter), Team Australia took control of the ball in the last throw, shot and scored from midfield, ending the match 7-6 Australia (Perth).

Haiti Polo Team has amassed sufficient points to compete in the fifth and final city of the five-week, five-city tour of Australia on Friday, Dec. 15 in the coastal city of Adelaide. The series championship is calculated based on number of goals per team. With a win in Adelaide by at least four goals, Haiti Polo Team remains a strong contender for the World Series Polo championship title. 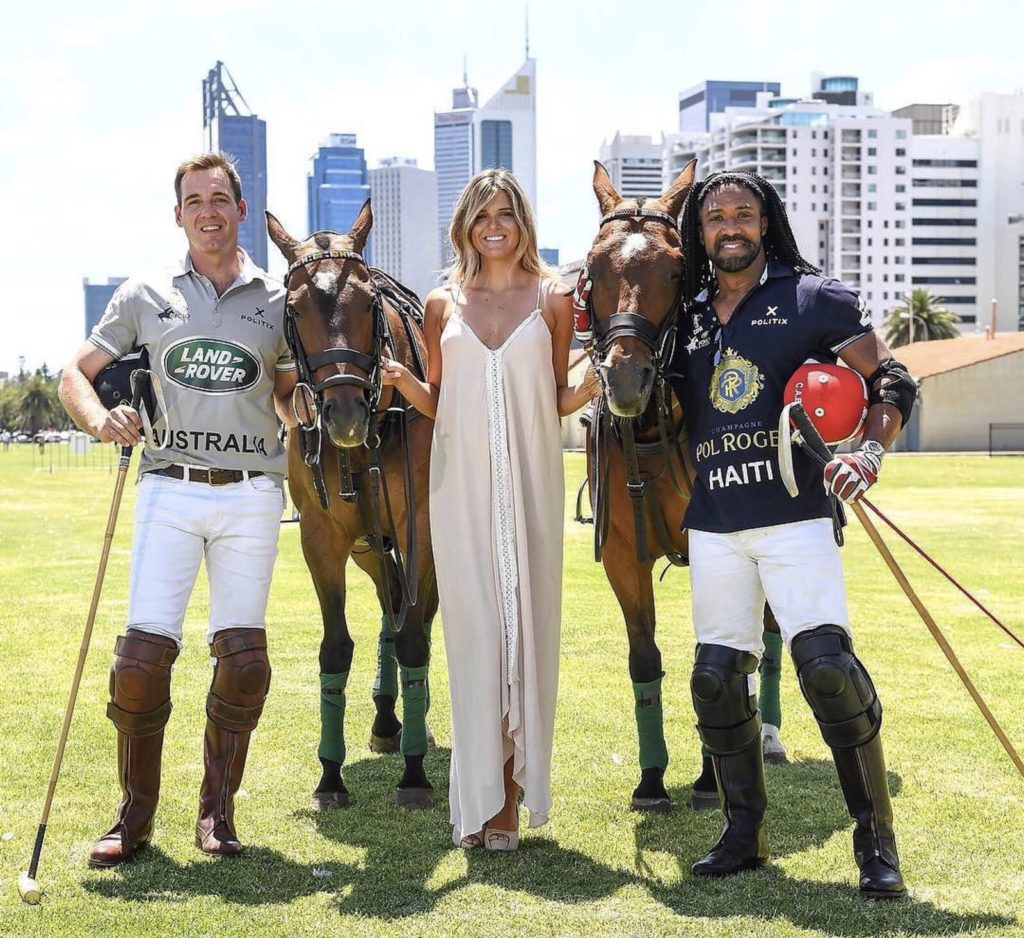 “Representing Haiti in the World Series Polo is a great honor,” said Team Captain Claude-Alix Bertrand. “Everywhere we go, people want to know about Haiti Polo Team, about Haiti, and about Haitian athletes.”

The series in Australia, which started last month in the capital city Sydney, has attracted tens of thousands of fans each weekend for the matches. With hospitality tents, fashion shows and competitions, divot-stomping and celebrity appearances, Haiti Polo Team is at the center of attention, bringing the focus back to Haiti, Haitian athletes, and sport and tourism in Haiti.

Captain Bertrand is also UNESCO Ambassador Goodwill for Haiti, and has been representing tourism’s and sports’ interest for Haiti while on the tour in Australia. National media coverage continues to give Haiti the spotlight in the press, from ESPN to E! News to Perth’s West AAA weekend edition.

In addition to promoting tourism and sport in Haiti, each weekend, the tournament hosts a silent auction to benefit Project St. Anne, projectstanne.org, an organization in Camp-Perrin, Haiti, that supports families and school children. Haiti Polo Team was founded in 2013 by Captain Bertrand.