Haiti’s sole competitor at the 2013 World Athletics Championships, Samyr Laine, succeeded in advancing to the final of the triple jump to be held here on Sunday.

Laine, 29, came in fourth place with a 16.87-metre jump, good enough to advance, though still far from his personal best Distance of 17.39 meters, achieved July 24, 2009 in Bogota, Colombia, reports Xinhua. “I know that Haiti needs a medal,” Laine told reporters on Friday.

“The whole country will be rooting for me in the final, because I am the only athlete representing Haiti at the world tournament,” said Laine, who was born in New York July 17, 1984. Laine also competed for Haiti at the 2012 London Olympic Games, where he came 10th, though he was one of a six-member delegation that included Marlena Wesh (400m), Joseph Moises (800m), Jeffrey Julenis (110m hurdles) and Desravines Linouse (judo). 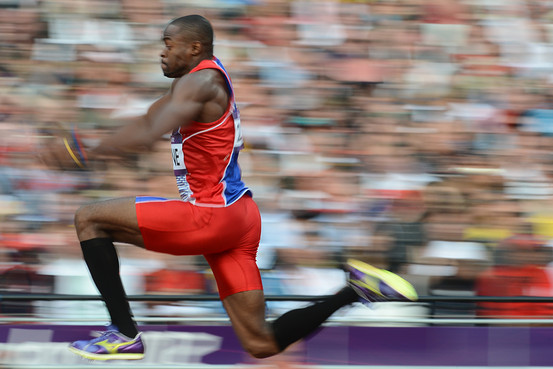