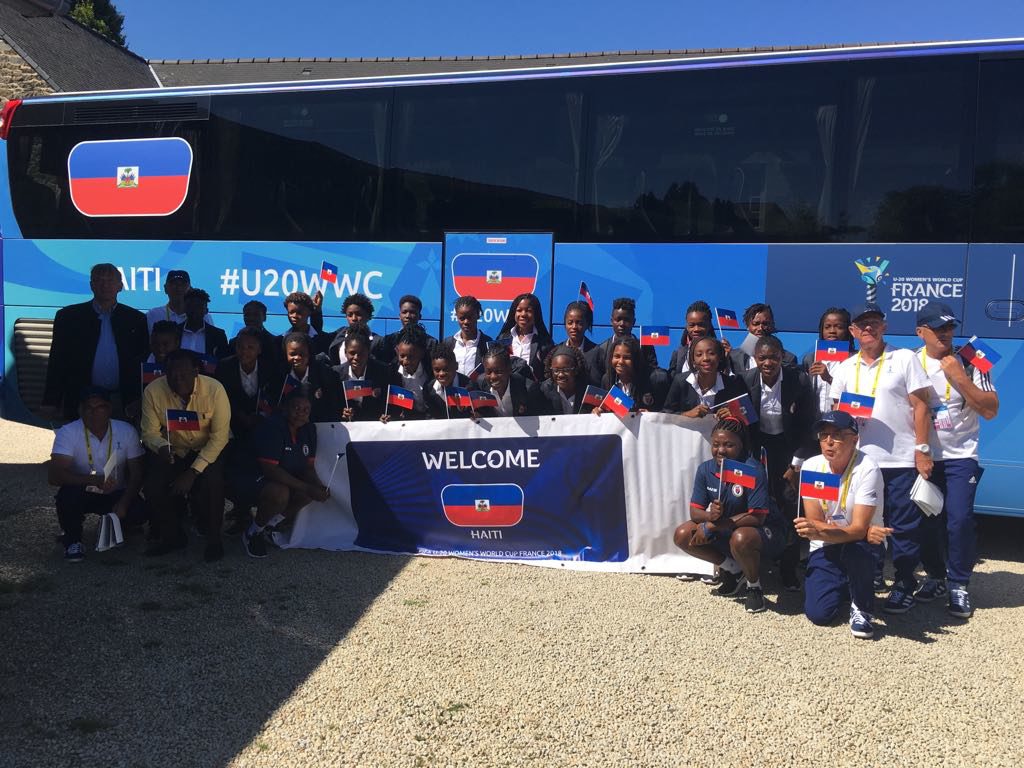 After finishing third at the 2018 CONCACAF Women’s U-20 Championship, Haiti secured their place at the FIFA U-20 Women’s World Cup France 2018, where they will shortly be rubbing shoulders with such giants of the women’s game as USA, Japan, Germany, and Nigeria.

In securing a spot for France 2018, Haiti not only qualified for a first-ever Women’s World Cup at any level, they also became the first Caribbean nation to do so.

Brittany has the honor of hosting the ninth edition of the FIFA U-20 Women’s World Cup France 2018. From August 5th-24th, 2018 sixteen qualified teams will compete to win the title. Thirty-two matches will be played in four cities: Concarneau, Dinan-Léhon, Saint-Malo, and Vannes, which will also host the opening match, the semi-finals and the final.

In their three previous appearances at the CONCACAF Women’s U-20 Championship, Haiti had never advanced beyond the group stage. That all changed at Trinidad and Tobago 2018, as a pair of 3-2 victories over the tournament hosts and Costa Rica saw Les Grenadieres earn a semi-final berth as runners-up in Group A. Though they fell on penalties to USA in the semis, the Caribbean side avenged a 4-0 defeat to Canada in their final group game by knocking off the favoured North Americans 1-0 in the match for third place, with Sherly Jeudy scoring the winning goal in the first half to claim a historic qualification.

In his second spell with the Haitian national team coaching staff, Frenchman Marc Collat’s first role was overseeing the country’s men’s national team. Born in Martinique, Collat was a defender at French amateur level before embarking on a coaching career that has included roles with Paris Saint-Germain and Algerian club USM Alger. Before his involvement with Haiti, Collat’s experience in international football included coaching stints with Qatar’s U-20 side and Mauritius.

4 – The number of goals that Haiti’s influential captain Nerilia Mondesir scored at the 2018 CONCACAF Women’s U-20 Championship. The striker, who plays her club football for Montpellier in France, finished one goal behind the competition’s Golden Boot winner, Canada’s Jordyn Huitema.

“This qualification means a lot to Haiti,” Haitian Football Federation (FHF) president Yves Jean-Bart told FIFA.com. “We’ve gained credibility and respect. In a nation that is socially resistant to change, this victory for women’s football is an important step forward. These girls have made the country proud, which helps the emancipation of women here and their personal fulfillment.

How To Watch Live 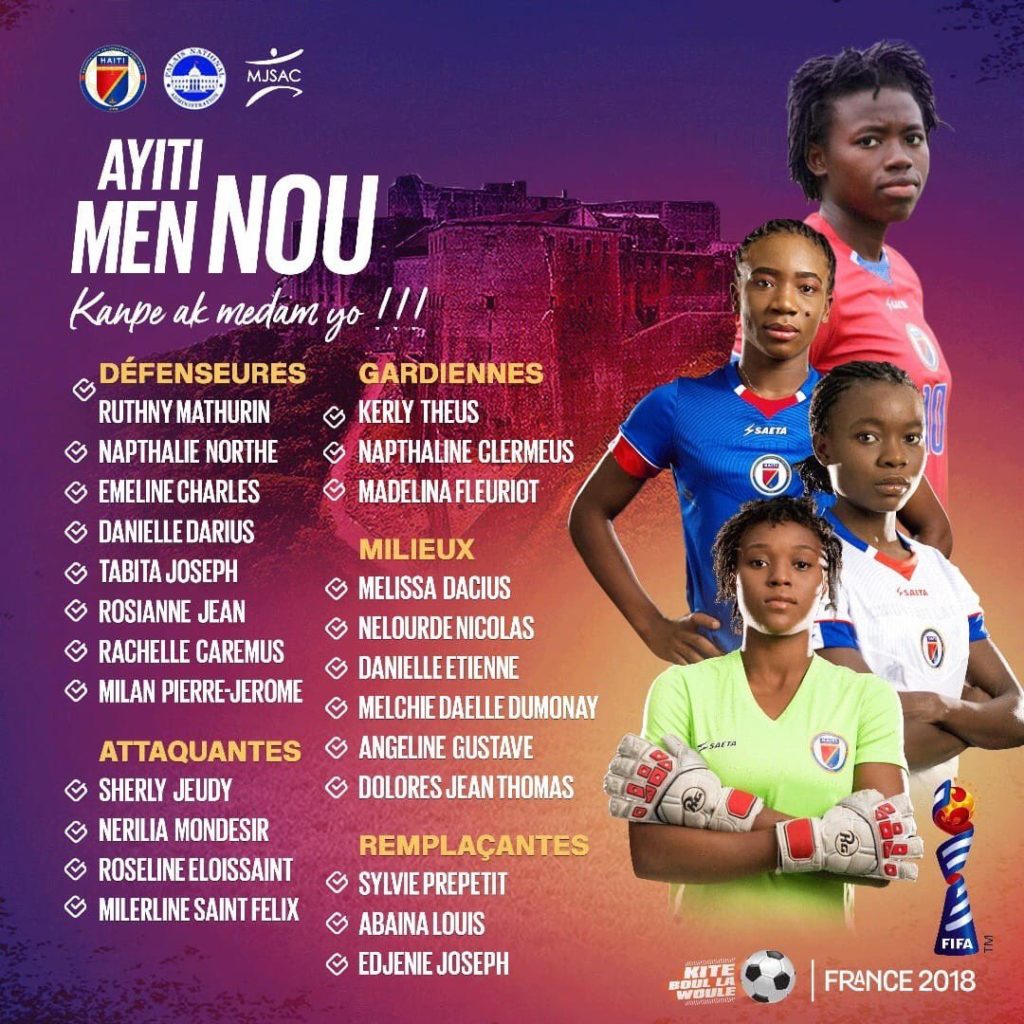 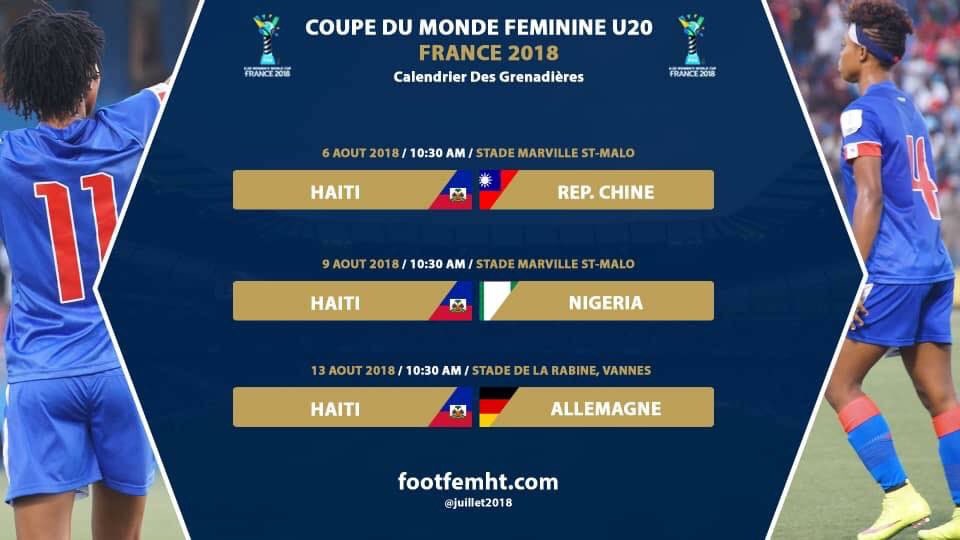 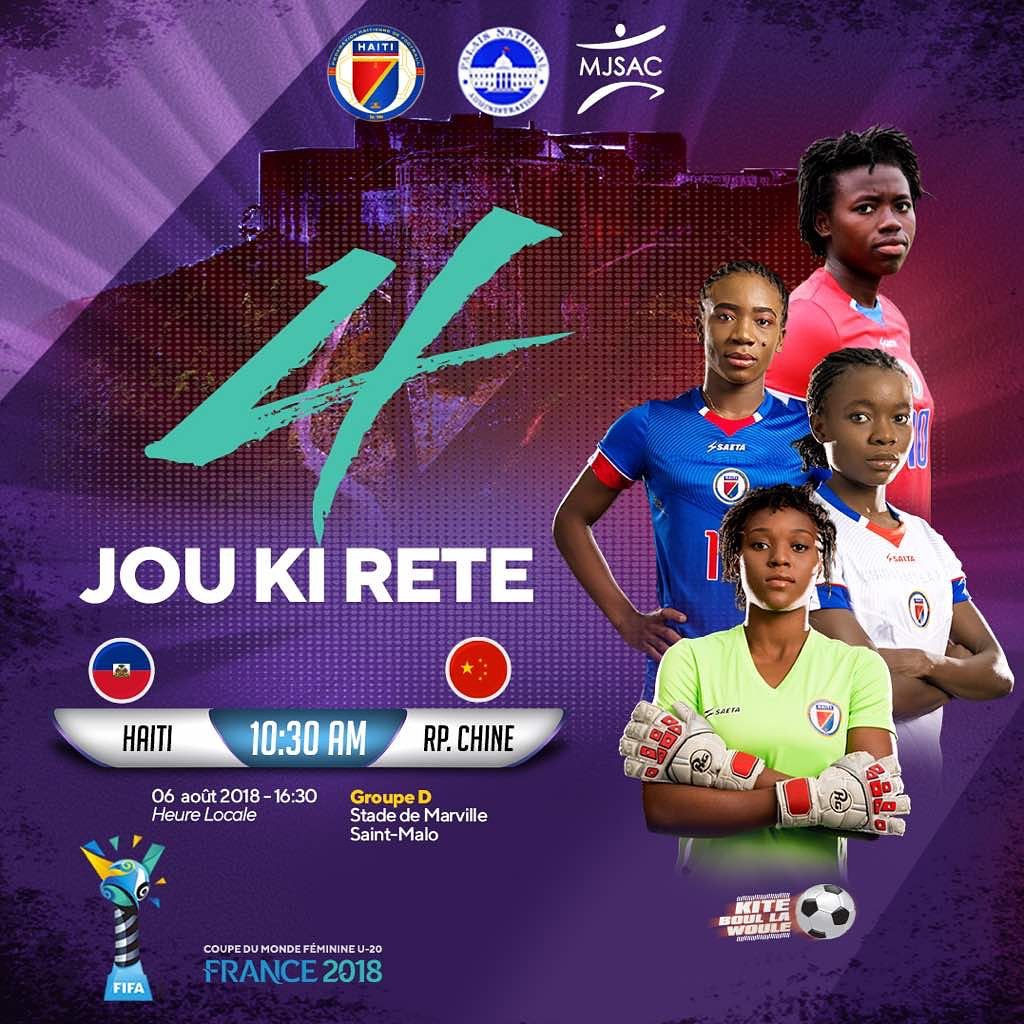