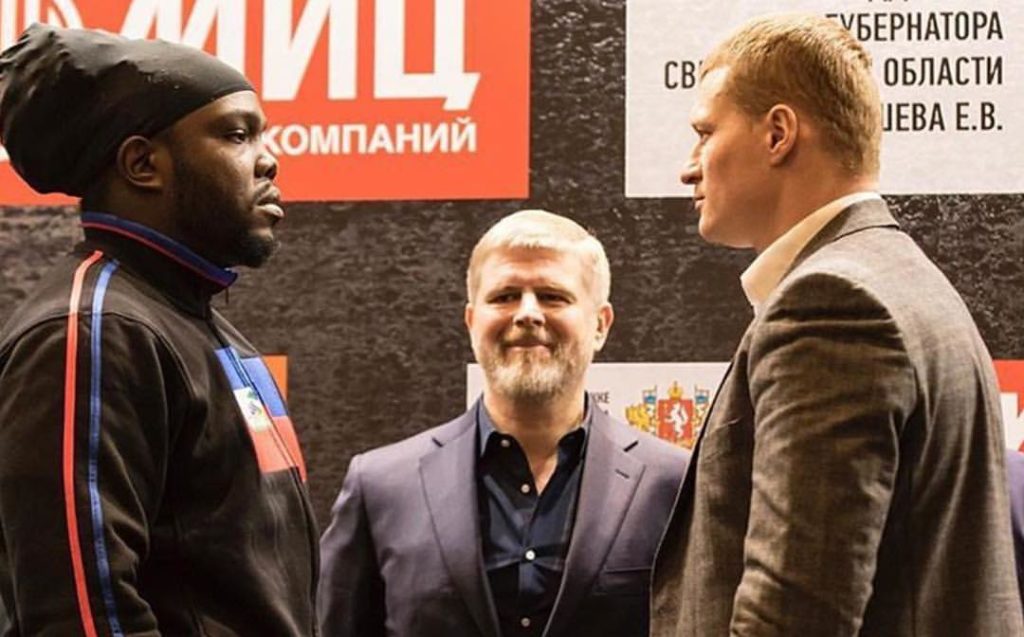 On Saturday Haitian-American boxer Bermane Stivernewill will take on Alexander Povetkin in Ekaterinburg, Russia which will broadcast in the US online on Vsenabox.

The winner of their highly anticipated clash will be the Mandatory Challenger to current WBC Heavyweight Champion Deontay Wilder. The fight will be telecast live online at www.vsenabox.ru with a scheduled start at 2:30 p.m. ET/11:30 a.m. PT in the United States.

“I’m used to it, I lived in Montreal, Canada. It’s the same kind of weather, probably colder in Russia because when it’s cold in Montreal it’s like January or February. It’s nothing I’ve never seen before.”

Speaking about the clash on Saturday night, Stiverne stated, “I do plan to win by KO. I have to. I can’t come all the way here and let the judge make my decision – I got to have make my own decision.”

“When I say I’m going to knock him out, it’s not any disrespect thing or I’m trying to trash talk, this is what I believe and this is what I trained for. Anybody who would come here and try and get a decision in his backyard would be a fool to believe that.”

“It’s the same thing if he came to my home, he has to try to knock me out. And what better way to win a title than by knockout!”

About the overall division and the possibility of facing Wilder with a victory on Saturday night, the Haitian born Stiverne said, ““This is my main focus, now I get to be a two-time heavyweight champ so it’s a great motivation.”

“The heavyweight division is exciting. It was quiet for a little bit of time, but now it’s back in action and is back where it used to be and I’m happy to be a part of it or in the mix.”

Stiverne lost a 12-round unanimous decision and his heavyweight title to Wilder on January 17, 2015 in Las Vegas.

POVETKIN vs. STIVERNE is presented by World of Boxing in association with Don King Productions.

Stiverne recently partnered with the FHBA (Fédération Haitienne De Boxe Amateur) and is the face of Haitian Boxing bringing awareness and support to the underprivileged youth/athletes. 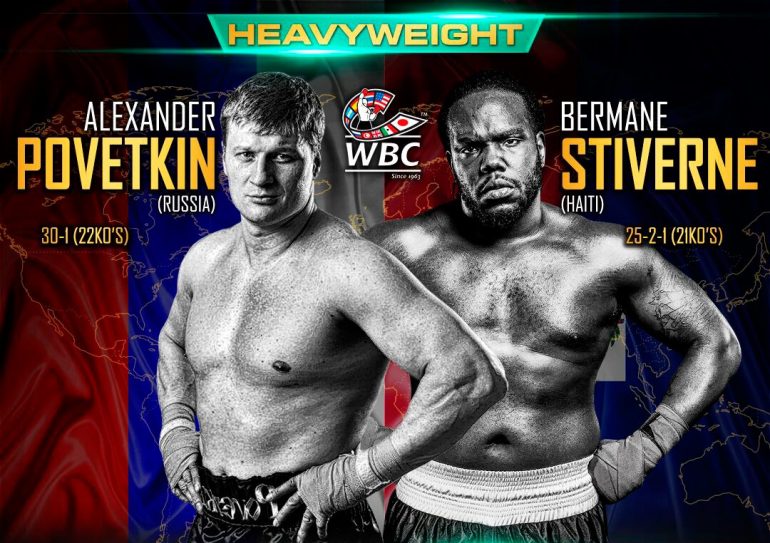