In a time where Haitians are battling hateful rhetoric and systematic oppression, the Haitian community is choosing to rise above the slurs and continue to show their pride, while uplighting leaders who serve as champions in the community. 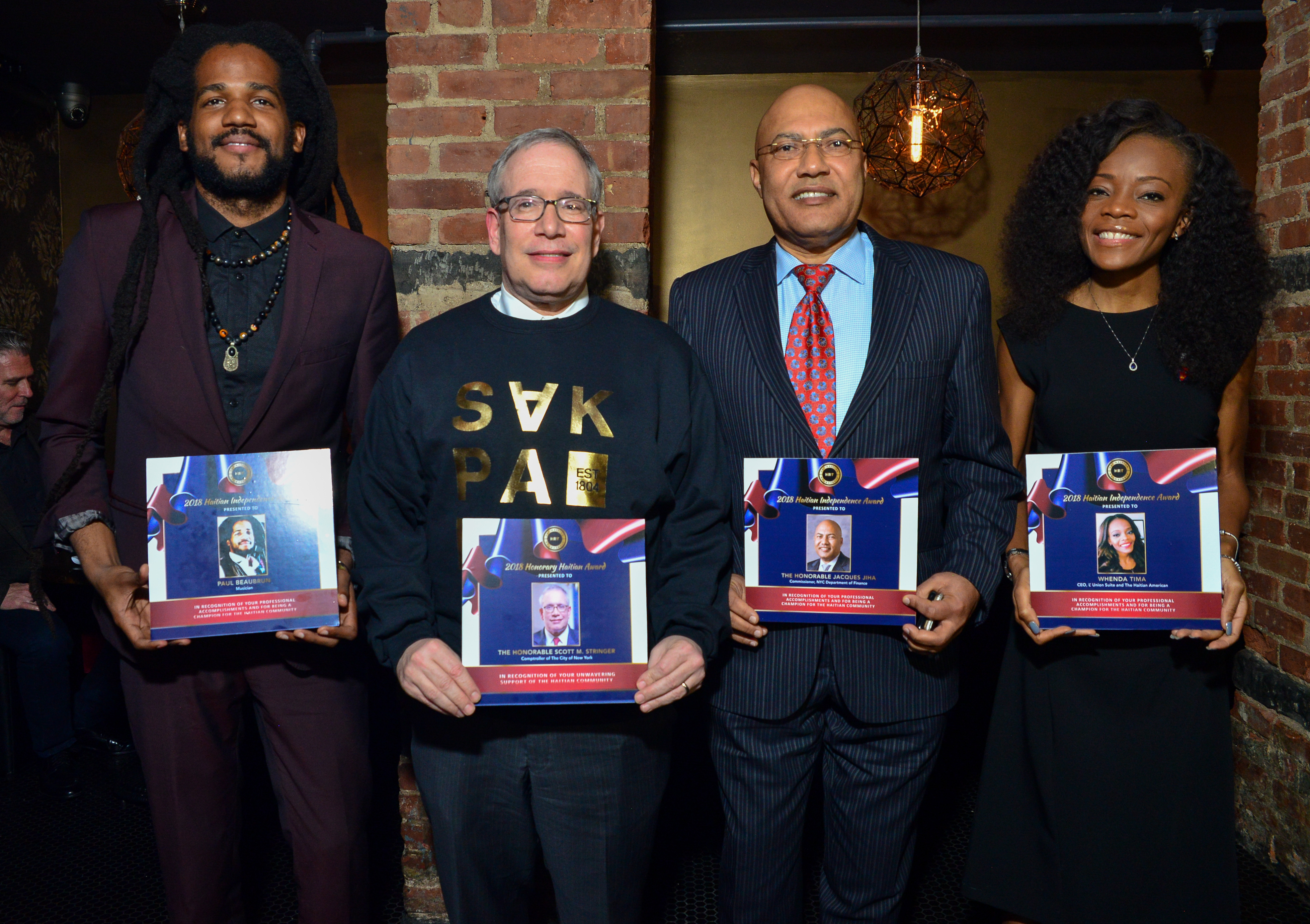 On January 23, the Haitian Roundtable (HRT) kicked off their 10th anniversary year with a special Haitian Independence program and reception where they recognized three trailblazing Haitians in different fields and professions who have contributed outstanding achievements for Haitians in and outside of Haiti.

There was a brisk, piercing cold breeze hovering over New York City but the reception, held at Harlem’s Row House bought a wave of Haitian politicians, entrepreneurs, creatives, and socialites who braved the weather to mingle, network and celebrate a night of Haitian excellence.

Three Haitians were recognized, amongst them was our founder, media maven Whenda “Wanda” Tima, singer Paul Beaubrun, commissioner Jacques Jiha who all gave three touching and empowering speeches on unity, changing the narrative of Haiti and collectively working to dispel the disparaging stereotypes about Haiti and Haitians.

In addition, HRT presented an honorary Haitian award to New York City Comptroller Scott Stringer. Stringer who is not of Haitian descent was awarded the honorary award for his leadership and championing behind the Haitian community as well as galvanizing national and worldwide support for Haiti.