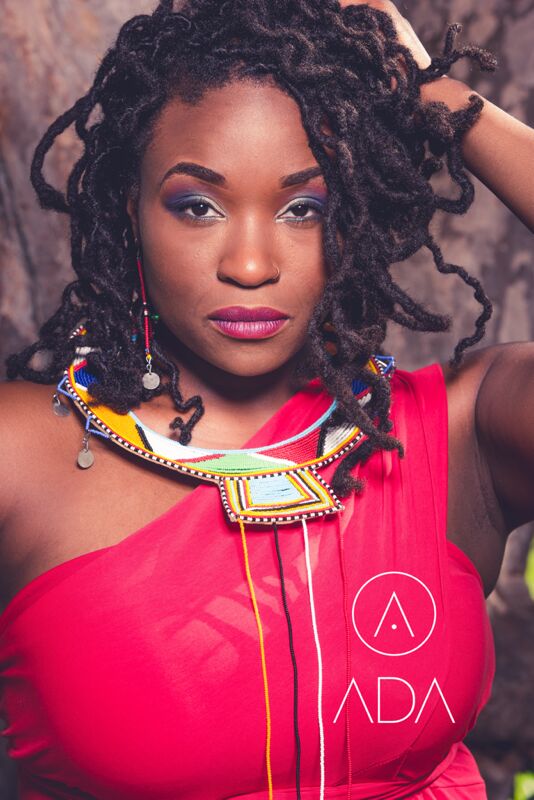 Born in Paris, France, in the early eighties, Ada’s passion for singing started at the early age of 5. After moving to the United States, she began writing poetry to express her frustrations and the pressures of immigrant life. At 12, she began her professional career. She started with singing the National Anthem at all of her Basketball games and talent shows from High School all the way through College.

In 2005, she and 2 other members founded the reggae band Trinity Children of Men who would tour major cities in the US and Jamaica for 5 years along sides acts like Mavado, Morgan Heritage and Sizzla. Shortly after, she would share the stage with Wyclef Jean to then make her mark in the HMI alongside Gazzman Couleur in 2010, then Nulook with Arly Lariviere in 2014. Blending elements of African drumming, reggae, soul and R&B while showcasing her profound admiration for her Haitian and African roots, Ada quickly rose to the scene.

As a solo artist, Ada continues to make her mark in the industry with performances all throughout the US and Haiti. Singing about life, love, social injustices and staying spiritually connected. Her powerful presence and authenticity continues to captivate audiences everywhere. When the lights dim, and the drums beat, there she is, unpolished but regal, barefoot, smiling as she sings her first notes taking you on a magical journey of simplicity and spirituality.

Her debut single and video “Defile” is set to take life in November 2015 fused with influences from Bob Marley, Roberta Flack, Amy Winehouse and world music artists such as Emeline Michel and Boukman Eksperyans. Her album will be released in 2016.

“Defile,” is a reminder. A quick memo, to always believe in yourself, remember your worth and to show the world that you are indeed “good enough.” Let us all celebrate; the ones who already believe, the few who are on their way, but most importantly the ones who are afraid. Let’s give them the confidence they need to come out from hiding, the strength to love themselves and the courage to show it off.  Let us all dance. Let us all “DEFILE.” When the lights dim, and the drums beat, there she is, unpolished but regal, barefoot, smiling as she sings her first notes taking you on a magical journey of simplicity and spirituality.