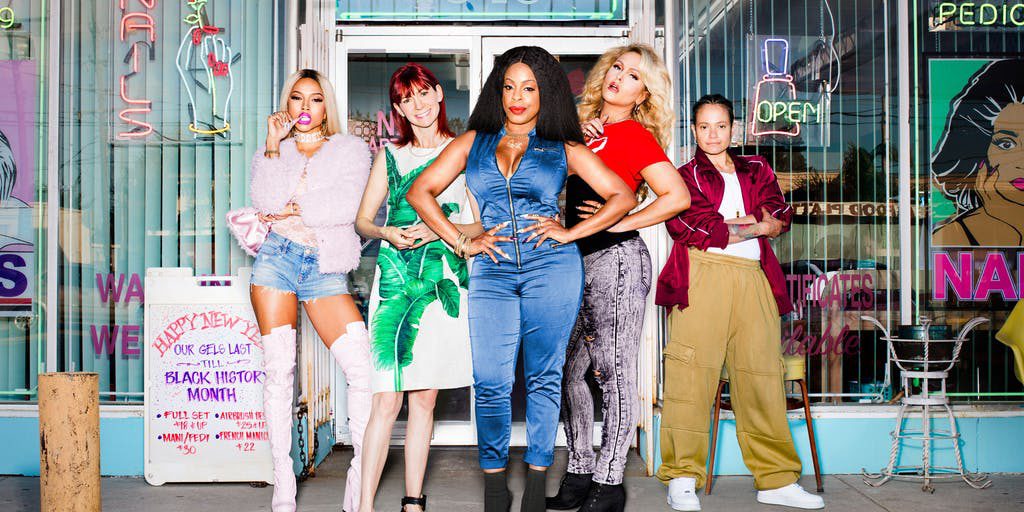 The ladies of Nail Artisan of Manatee County salon, Niecy Nash, her girls Carrie Preston, Karrueche Tran, Judy Reyes, and Jenn Lyon are getting their Claws out for season 2 this summer. TNT recently announced the release date for Claws Season 2 in an action-packed new trailer.

Claws is a midnight-dark, funny meditation on female badness set in a South Florida nail salon. It follows the rise of five diverse and treacherous manicurists working at the Nail Artisan of Manatee County salon, where there is a lot more going on than silk wraps and pedicures. It’s the story of hardworking women trying to get by in this economy, set against the surreal, bright, gritty landscape of Florida and the luscious, absurd, extreme excesses of the crime world.

Check out these exclusive set shots of Haitian actor Jimmy Jean-Louis and his costars. 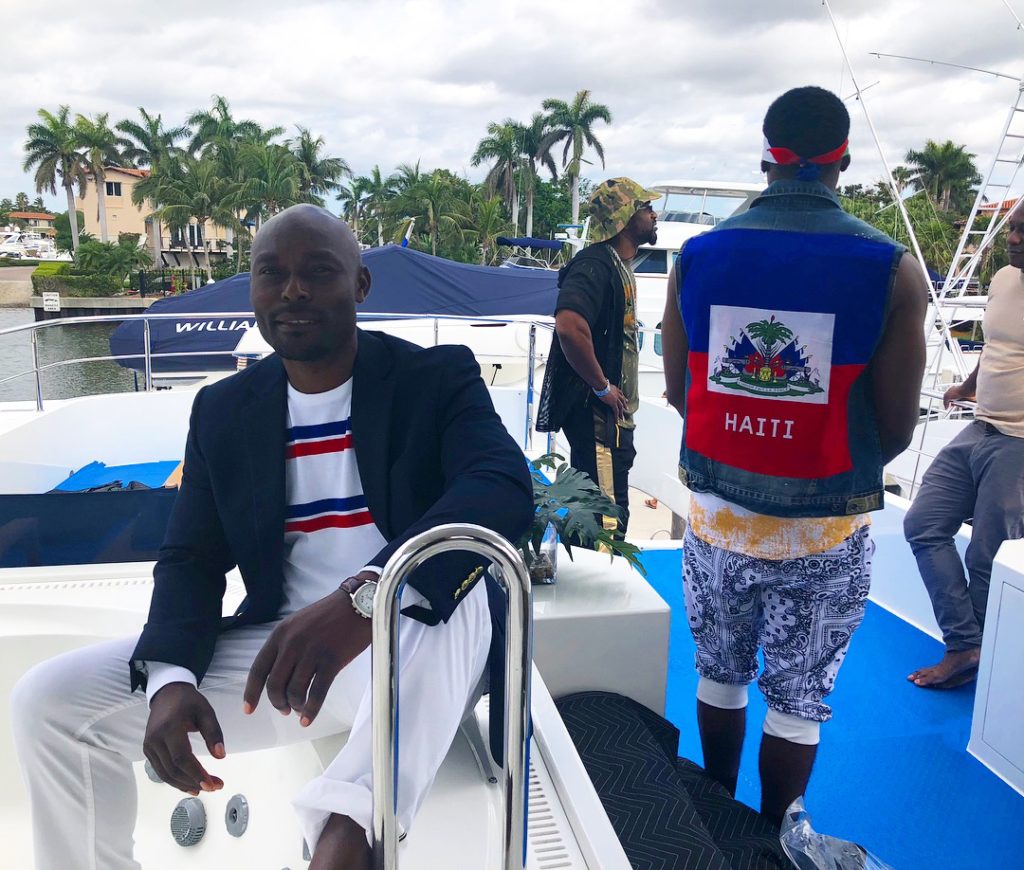 Jimmy Jean-Louis (who you may remember as “The Haitian” on Heroes) has been upped to a series regular for Claws Season 2. In season one he guest starred as Dr. Gregory Ruval, a love interest for Niecy Nash’s Desna Simms. That would appear to be good news for Desna’s love life.

Franka Potente (the titular Lola of Run Lola Run) also joins the cast for season two. She will appear as Zlata Ostrovsky, the black sheep daughter of a Russian mob family.

If you’re not caught up on all the Claws action, you’re in luck: Hulu will have all ten Season 1 episodes available to stream starting on Friday, May 11, so you can get up to speed before Season 2 blasts off.