If you live in New York and havent seen this play, you are missing out!

Since its debut on the Broadway a few month ago, Eclipsed has been making history. Penned by Zimbabwean-American actress, playwright and star of The Walking Dead, Danai Gurira, it tells the story of five women during the Liberian civil war.

According to the OkayAfrica

Eclipsed originally ran at the Yale Repertory Theater in 2009, with a promising Yale School of Drama student understudying for the principle role of the “Girl.” The student, of course, was Academy Award winner Lupita Nyong’o, who returned to the stage in September 2015, though this time as the lead in the Public Theater’s sold-out production of Eclipsed. Helmed by South African theater director Liesl Tommy, the off-Broadway show also featured brilliant performances by Pascale Armand, Akosua Busia, Zainab Jah and Saycon Sengbloh (who is herself Liberian).

All five women reprised their roles when producers Stephen Byrd and Alia Jones-Harvey brought Eclipsed to Broadway back in March. 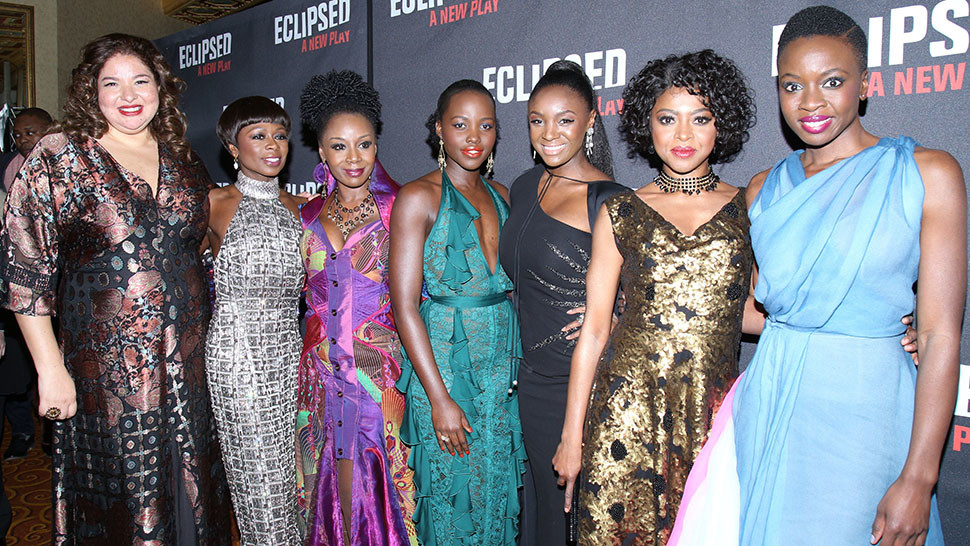 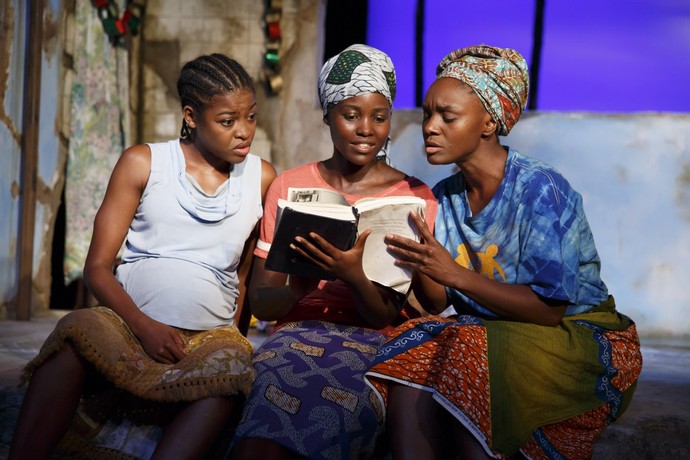