What an exciting rematch for the Haitian-American boxer.

A boxing rematch between two former champions took place over the weekend with the Premier Boxing Champions on FOX card. In an abbreviated rematch of one of 2011’s best fights, Andre Berto survived a second-round knockdown to stop Victor Ortiz in the fourth round of their welterweight rematch Saturday at the StubHub Center. It was sweet revenge for Berto, whose career had gone into a tailspin following his decision loss to Ortiz in their first bout.

“I wasn’t hurt by the first knockdown, more mad at myself for  getting caught. “Once he went down it was over, I knew he was hurt and I  went right after him. He couldn’t take my power” said Berto.

There was little action in the opening round, except for an accidental clash of heads that opened a cut above Ortiz’s hairline, but in the second round, southpaw Ortiz (31-6-1, 24 KOs) floored Berto (32-4, 24 KOs) with a straight left to the head. Berto looked unsteady in the uneventful third, but he regrouped and connected with a beautiful right uppercut in the fourth that sent Ortiz crashing to the canvas. Badly hurt, Ortiz struggled to his feet, only to be quickly toppled again by Berto’s follow-up barrage.

Ortiz barely beat referee Jack Reiss’ second count, and when asked if he wanted to continue, the dazed Ortiz didn’t answer. Reiss immediately called a halt at 1:14 of the round.

“This was the most satisfying win of my career,” Berto said.L’union Suite was ]

L’union Suite was behind the scences with Berto from Thursday to his rematch on Saturday. We will post the behind the scnces pictures and videos in the next couple of days. 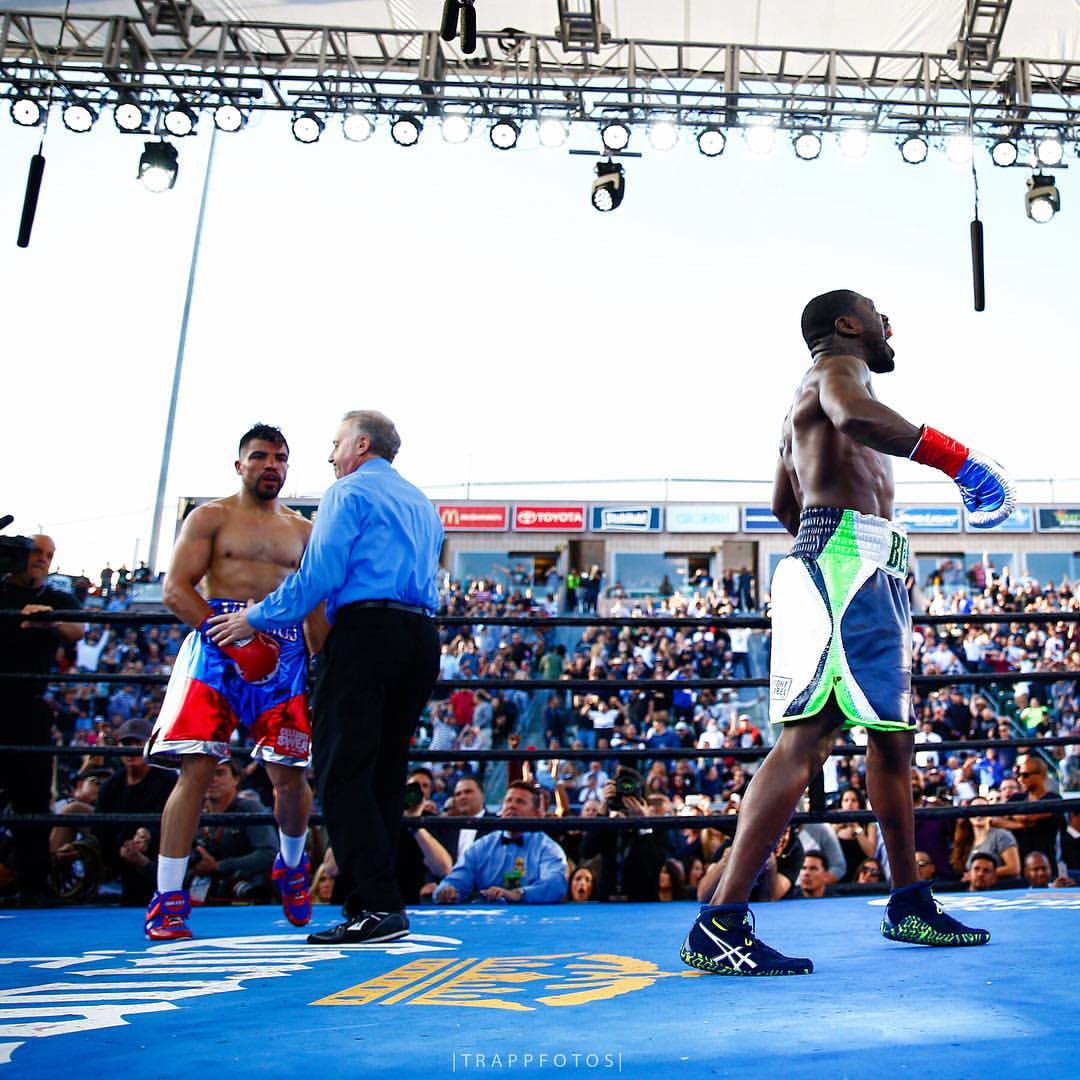