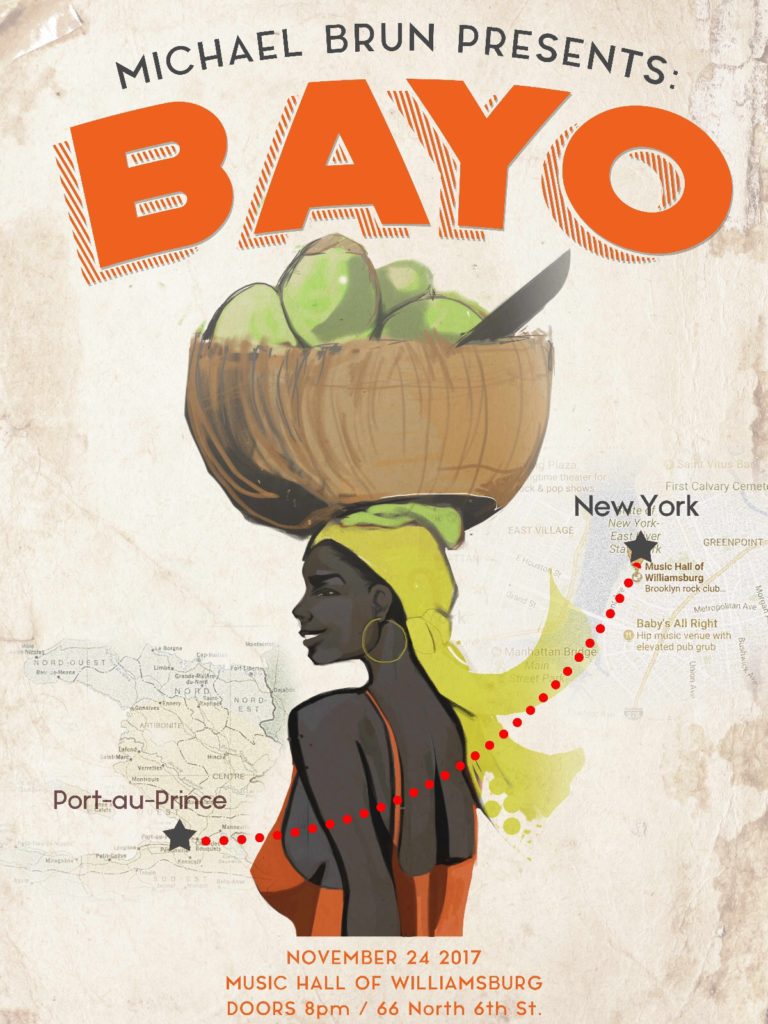 Music Hall of Williamsburg, NYC on 11/24

Though only 25, Michael Brun has long been the face of electronic music in his home country of Haiti. He’s part of a new generation of Haitians, determined to change the narrative surrounding his country, and educate the international community about Haiti’s incredibly rich and diverse musical history.

He’s dedicated his career to giving Haitian artists and music a platform globally, partnering with organizations like Artists for Peace and Justice, the Audio Institute and Beat Making Lab to raise money and help get music tools into the hands of Haitian children as well as throwing his own non-profit festival Wherever I Go in Haiti.

Today, Brun announces a new live concept, Bayo. Bayo means “to give” in Haitian Creole, and is based off the impromptu street parties, typically soundtracked by mobile sound-systems, and the traditional rhythms of Haitian RaRa. Brun has organized several around his hometown, Haiti’s capital city, Port-Au-Prince. These parties are essential to Haitian culture, providing an infrastructure that allows music to be heard and bubble up, artists a platform to DJ and perform, and a traditional gathering point for communities to come together and dance.

Following a block party in Miami’s Little Haiti in March, Brun is bringing Bayo to Brooklyn, enlisting vocalist and producer J Perry, rapper Baky, guitarist and soul artist Paul Beaubrun, and house DJ and producer Gardy Girault to soundtrack the night alongside himself.

Bayo will transform MHOW with the sounds and sights of Brun’s homeland. Crickets, birds and street sounds will move attendees out of NYC, Haitian street art and bespoke production will set a scene, before the boom of Haitian bass puts you in Port au Prince.

Brun is the first artist on Spotify to be charged with curating an official country playlist, ‘Haitian Heat’. He has released tracks with Haitian artists such as J Perry and Lakou Muzik, and done official remixes for the likes of Maxwell, One Republic, Alicia Keys, Calvin Harris and Tiesto. Esquire called him the ‘biggest thing to come out of Haiti in the 21st century,” while BBC News and Billboard named him the ‘Haitian Sensation’.

Watch The Block Party in Miami’s Little Haiti in March Below:

16 Rap Kreyol Artist You Should Add To Your Playlist (Part I)
Haitian-American Harry E. Dumay is Elms College 11th President