Belive it or not, it look like Chelsea Clinton may actually have Haiti’s best interest at heart.

Back in July the former First Daughter Chelsea Clinton visited Haiti to head up the Clinton Foundation’s #ActionIsGreater campaign.

According to Vogue, The mission of the trip was to bring awareness to the effects of climate change, women’s empowerment through education, and the development of health and wellness programs in addition to economic growth. During her visit, Clinton visited with local artisans, chatted with farmers, and met with hospital patients to gain a deeper understanding of how the Clinton Foundation and its initiatives can better serve Haiti.

Fast forward to the first week of September, coming out of the 4,368 documents released from presidential candidate Hillary Clinton’s personal email server on Monday (August 31), we got to see a rare exchange between the Clinton family, an email from Chelsea Clinton, now vice chair of the Clinton Foundation to her parent  about the incompetence of the Haitian relief effort following the earthquake that ravaged Haiti in 2010.

Since having been made public, Chelsea’s email has been among the most talked about emails from her mother’s email dump and earning praise across social media. 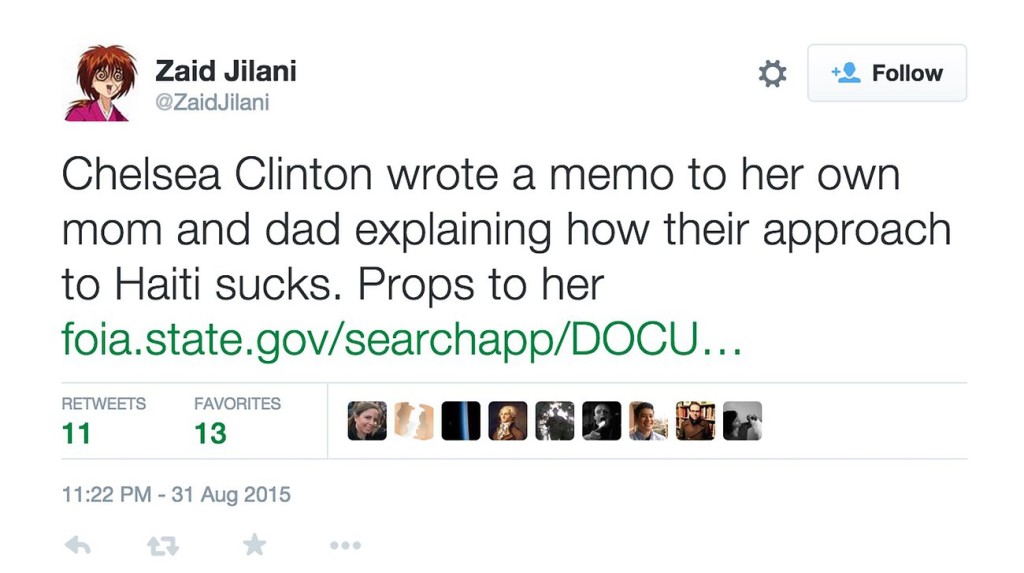 The former-first daughter wrote this memo addressed to “Mom and Dad”  while Mrs. Clinton was still serving as Secretary of State.  The date of the email is not known but the seven-page memo discussing the United Nations’ handling of the relief effort was written some time after Chelsea had spent four days in Haiti working as a part of the relief effort.

“If we do not quickly change the organization, management, accountability and delivery paradigm on the ground, we could quite conceivably confront tens of thousands of children’s deaths by diarrhea, dysentery, typhoid and other water-related diseases in the near future,” she wrote. 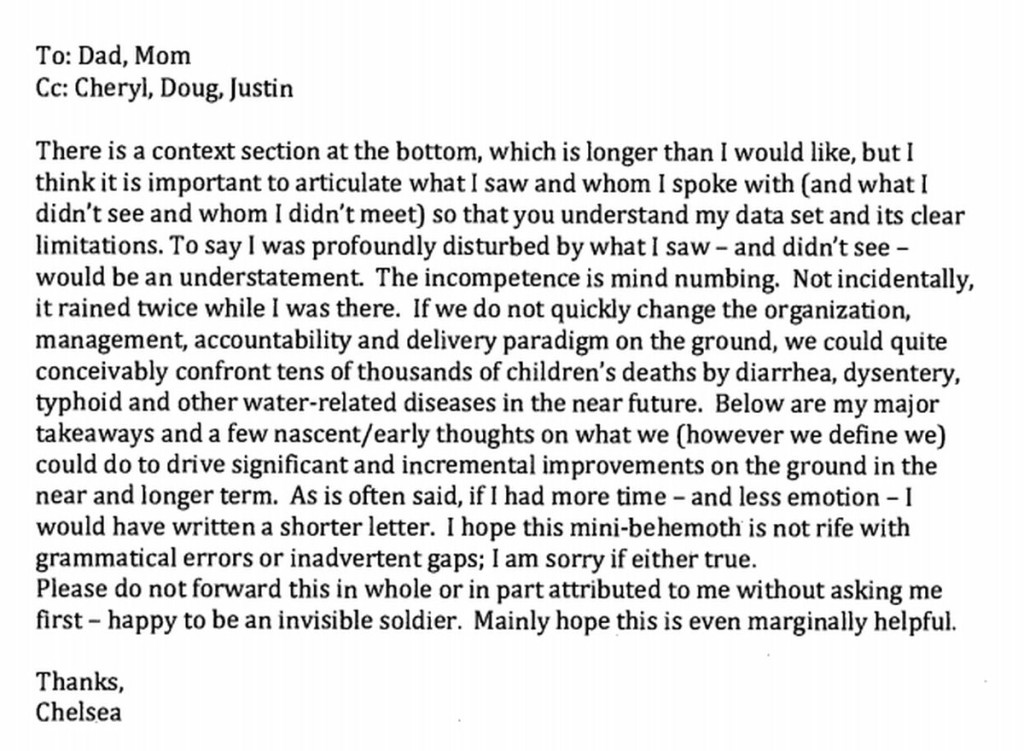