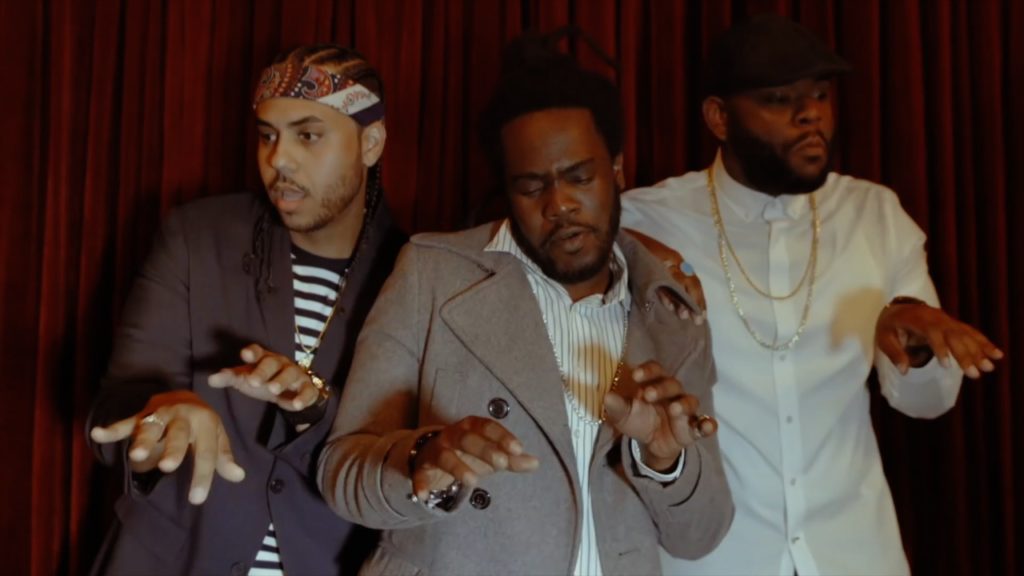 For Royalty Statements, teaming up with Prez P made sense. The Haitian and Dominican production team have been building a name for themselves by collaborating with unique and often unexpected musical partners. Prez P has found a place with unique audiences after having his song “Play That Funk” featured in the Oscar-winning film Moonlight. The Moonlight feature lead to him having another song placed in this year’s buzzed about, The Florida Project. Another film project served as the Launchpad for this musical partnership. Royalty Statements’ own self-titled web series is what first brought everyone together.

“We’re working on a scripted web series. We wanted to score the music ourselves in conjunction with some of the South Florida artists we feel are really impacting the culture. After our first meeting with Prez, we immediately began to work on music together. OH NO, is one of those songs we worked on with him.”- DRU, Royalty Statements 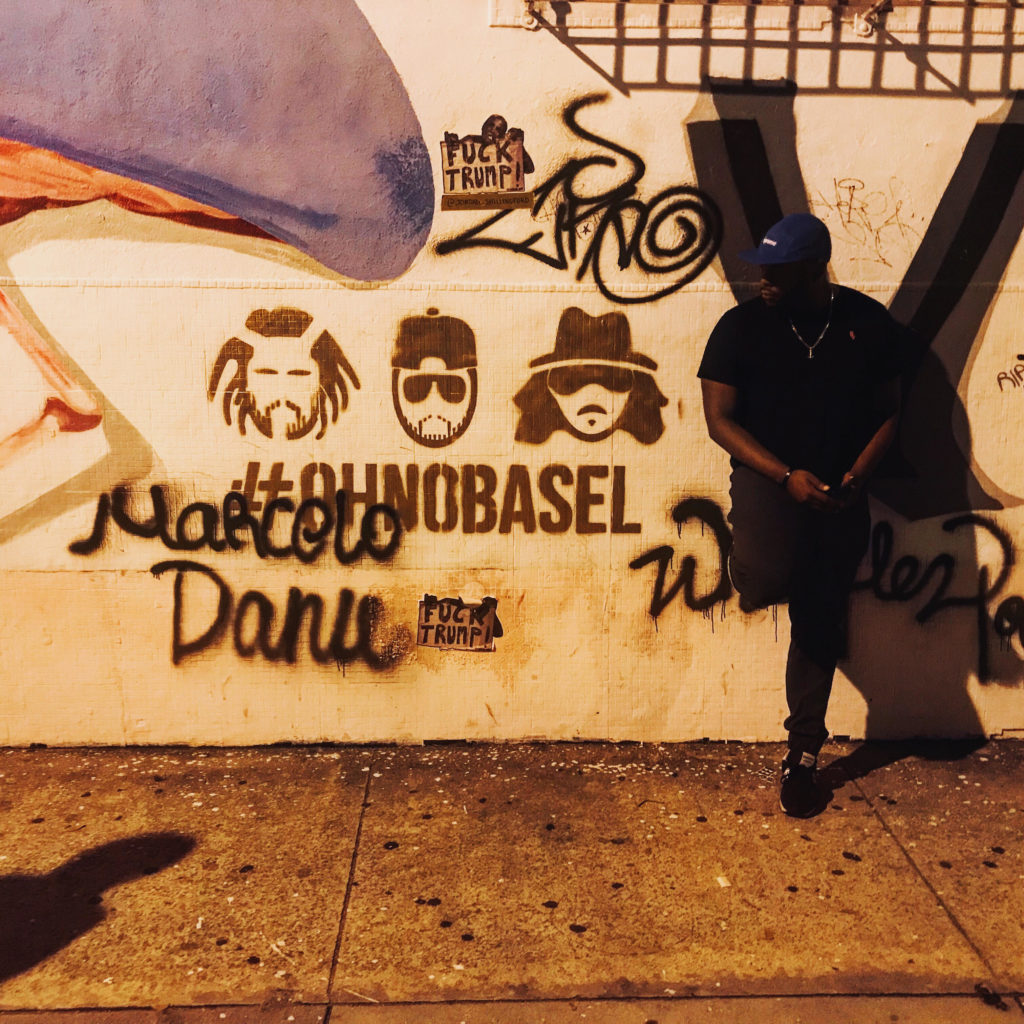 Royalty Statements always tries to do something unexpected in their music, and that is evident in their newest release called “OH NO” with Prez P and featuring Jamaican singer Camille Kaye. The song approaches the topic of couples fighting but in a way that feels interesting and fun. The song visuals have a clean, classic aesthetic that at times feel reminiscent of The Roots, NERD, or even Black Eyed Peas.

“There’s been a gradual merging of the art world, and the music world happening for a while now. Anyone who’s been to Art Basel the last few years can see it.” – DUMI Royalty Statements

The fact is, this year’s Art Basel/Miami Art Week had a vibe that was more similar to SXSW or A3C then an arts festival. Among crowds, the murals, and the parties there was an image you might have noticed. 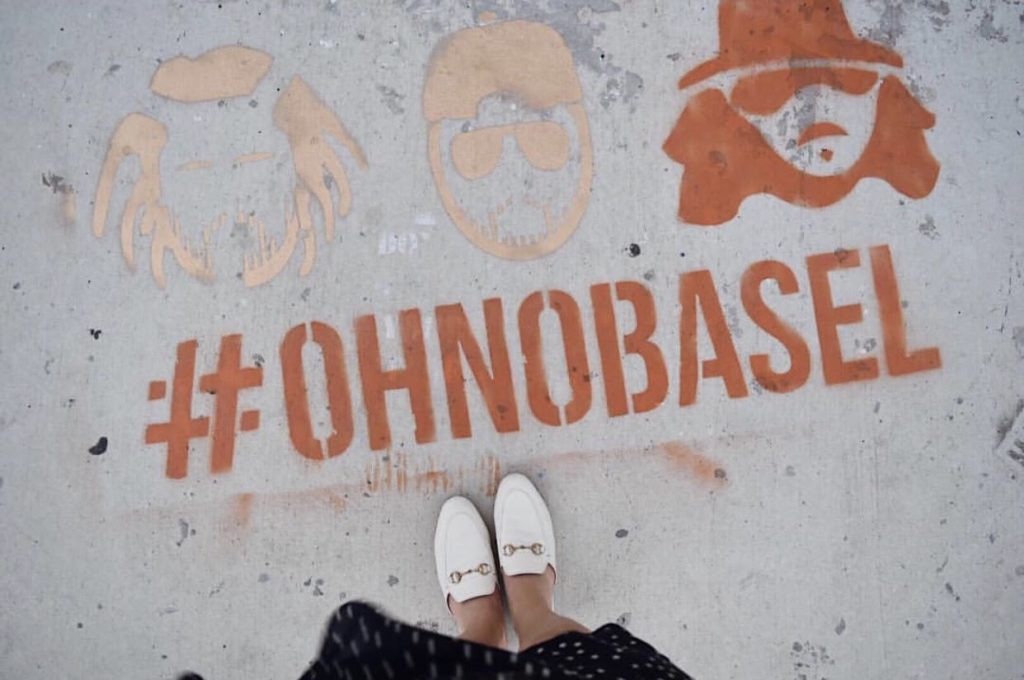 A spray painted picture of 3 heads representing each member of Royalty Statements, and Prez P with the hashtag #OhNOBasel. Taking cues from street artists like Banksy, they left a mark and a message. The goal was to pique the curiosity of passersby and have them post with the hashtag. #OhNoBasel at its best is a marketing campaigned that fuels and facilitate an organic conversation that the users of the hashtag engage in without feeling like they are being advertised to. At its worst, it’s another cool image adorning the sidewalks of trendy, artsy Wynwood. The hashtag has been reposted by locals, and tourists; and well after Basel finished and the last of the pop-ups closed shop, #OhNoBasel continues to show up on Instagram feeds.

What they’re doing is pretty clever, they’re using guerilla marketing strategies to raise awareness for the song without forcing it on people. They’ve made something that drives traffic and promotes organic discovery. It’s that kind of outside of the box thinking that makes the song and the video for “Oh No” worth checking out. 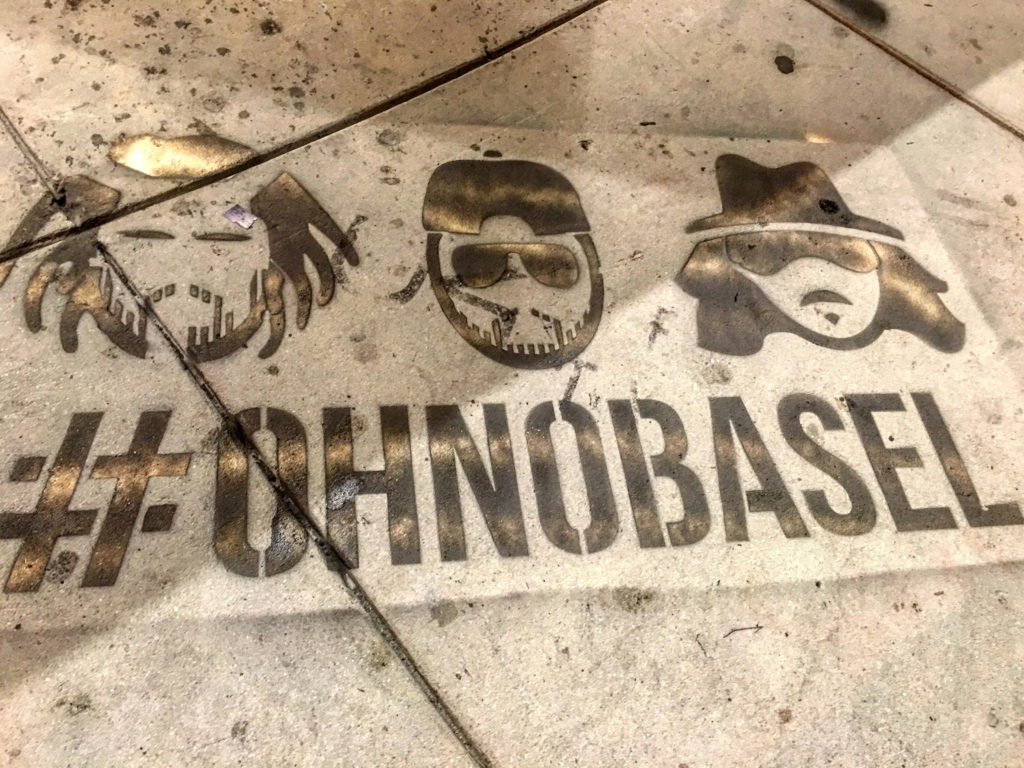 Watch the video below:

Watch it on the Royalty Statements Youtube channel, and be sure to subscribe to keep up with all of their creative output!

As A Haitian-American, I Stand Proud Of My Heritage
Is The Haitian Community Ready To Embrace “Guest Paid” Weddings?