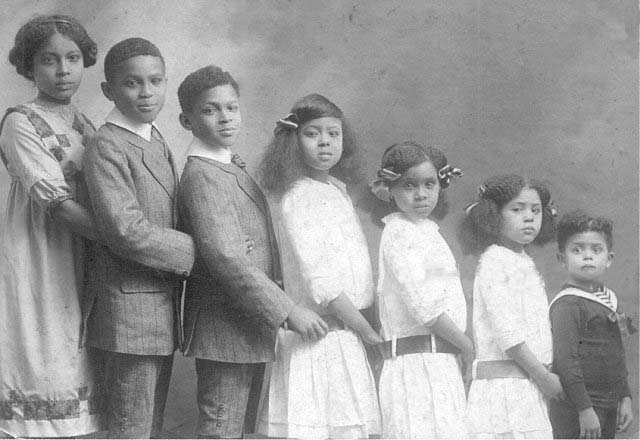 The Sylvain children all grew up to occupy important functions in Haiti, most notably the sisters.

They were involved in various intellectual and social work and most noticeably in early feminist activities. Indeed, by 1934, Madeleine Sylvain founded the Ligue Féminine d’Action Sociale (Women’s League for Social Action). one of the earliest feminist and women’s groups in Haiti.

Go inside for another portrait of the whole family.

Georges Sylvain (1866–1925) was a Haitian poet, lawyer and diplomat. Born in Puerto Plata, Dominican Republic, Sylvain studied in his native city before attending school in Paris and receiving a law degree. After returning to Haiti, he founded a law school and two periodicals, La Patrie and, in 1922, l’Union Patriotique. He was a member of the literary society La Ronde and was involved in other literary activities. He published Confidences et Mélancolies (1901), a compilation of twenty-nine poems. – Source