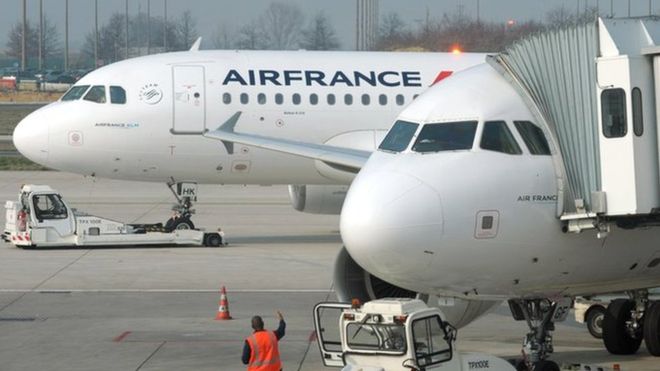 French authorities have opened an investigation after a child was found hidden in a bag belonging to a passenger on board an Air France plane. The woman is reported to have been a resident of France who was in the process of adopting the child, from Haiti.

According on online sources the child who traveled with ‘‘an adult’’ on Air France Flight 1891 from Istanbul to Paris on Monday, did not have a valid ticket. The woman was in the transit zone in Istanbul but was prevented from boarding her flight with the child.

She then bought a new flight ticket and hid the child in a bag. Once on board, she placed the child at her feet under a blanket, but the girl needed to go to the toilet and was noticed by other passengers.

According to Huffingtonpost, a passenger named Vincent said: “The cloth bag belonged to a woman sat at the back of the plane. At one point she opened the bag and her neighbour on the other row of seats saw something moving inside.

“He alerted flight attendants, who then discovered a baby,”

According to BBC report it’s not clear how old the child was – one source said she was four years old, another that it was a one- or two-year-old baby.

Air France said in a statement: “According to the initial information in its possession, Air France indicates that an adult is reported to have travelled accompanied by a child hidden in a bag without a valid transport ticket.

“The company requested the presence of the French authorities on the flight’s arrival.

The woman and the girl have been held at Charles de Gaulle airport while authorities investigate the case.