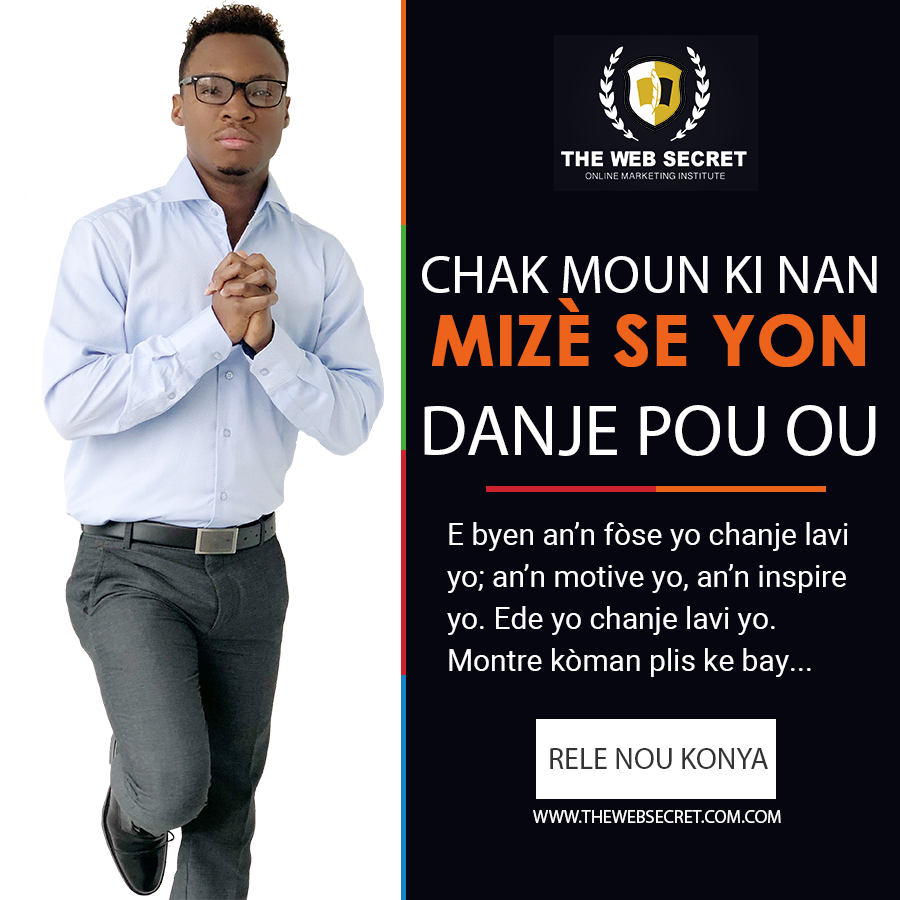 In a world of rising and frightening statistics on the number of unemployed (and unemployable) young people in the world, few people have succeeded in helping others attain financial stability. Here, we find a young Haitian who has successfully raised others into financial independence and, as a result, has opened the door to a massive entrepreneurial revolution in Haiti.

Watson Delice, a Haitian, an astute entrepreneur and a lover of technology, was born in the Dominican Republic and raised in Haiti. He is popularly known as “Ÿwän” on social media.

Just like most successful people, Ÿwän had his share of early life misfortunes, but his persistence, resilience, and passion for technology and entrepreneurship paid off eventually.

At 11, Ÿwän moved to the U.S. with his father and then, a string of painful memories happened. With no mother in the U.S. to shield, nurture and guide young Ÿwän and his siblings, they were reportedly abandoned by their father who got married to another woman leaving his kids to fend for themselves. Ÿwän’s siblings managed life as best as they could, but he was taken in by an uncle with the hope that life could turn out better, but that also did not go well because his cousins disliked him. Completely rejected by his family members, Ÿwän had to be strong for himself. With sheer determination to get an education in an attempt to raise his status in life, he frequently made the required 2 ½ hours trek to school, even in unfavorable weather, since he could not afford a bus ride.

Though he fell in love with technology at a very young age, he could only get his first computer when he was 17. His journey into entrepreneurship began from that point. He has achieved pretty much with his skills and knowledge so far.

Ÿwän is the founder of Qacci, Inc. Web Solutions, a marketing agency that helps small and big businesses get more clients. He also took up Dropshipping full-time and soon figured out that the internet is one of the easiest and best ways to make money. His excitement at that discovery did not stop at enriching himself alone; rather, it cascaded into helping other people attain financial freedom. He graciously decided to start teaching residents in the Dominican Republic how to transact business over the internet.

Ÿwän remembers how he felt led in a night vision to embark on his mission to educate and empower his people with knowledge to make wealth from the internet. The next day, Ÿwän decided he was going to use his talents to make a change in his community. He started teaching Dropshipping, social media marketing, email marketing, reputation management, Instagram, modern entrepreneur and Google My Business in Creole – the first-ever!. Ÿwän’s efforts have changed so many lives, and so many other Haitians have started to follow his footsteps.

Now in the Haitian community, almost everyone wants to be an entrepreneur. To ensure that their dreams of becoming entrepreneurs get achieved with relative ease, Ÿwän partnered with an international bank to help bring solutions where each one of his students can have a Mastercard to function, take and make payments online. This is revolutionary. Ÿwän has opened new doors for the Haitian community with his newly formed web-based platform where he teaches his marketing secrets to the community, teaching them how to make money using the internet. Last year he made over $1.4 million doing Dropshipping. He’s currently opening even more doors where he and his team and develop, design, do the market research for many store owners.