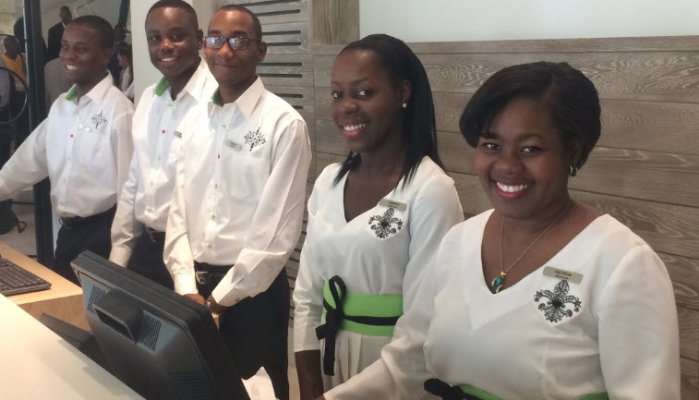 In my field, one of the constant questions we ask ourselves is this: Where is the Next Big Destination?

The answer depends on so many factors – travel trends, economic tides, upcoming events and – one of the most important — where is there potential, opportunity and an abundance of hope?

There is a perception that companies are motivated purely by earnings. Sometimes this reputation might be deserved. But sometimes it isn’t. Most companies are populated by human beings. People like Ms. Sylhomme. People who have hopes and want to use the resources at their disposal to realize them. People who inspire those around them.

Companies that are lucky enough to hire the Ms. Sylhommes of the world – and companies that listen to them and perpetuate a culture of listening and caring – are more likely to make decisions that are good for the bottom line and just plain good.

‘Companies that … perpetuate a culture of listening and caring – are more likely to make decisions that are good for the bottom line and just plain good.’

We are not alone in this particular approach: We partnered with the communications provider Digicel Group on this project. TOMS; West Elm; Heineken and others have witnessed the energy of a ready workforce and seen the potential across the land.

At my company, we see our new Haiti hotel as more than a property. We partnered with the Clinton Foundation and others to make it a reality because we see it as a watershed. (Right: U.S. President Clinton with Marriott associates at the opening of the Marriott Port-au-Prince Hotel). Opportunity will cascade from our company to the local economy to so many individual success stories. The investment is creating hundreds of new jobs; it’s providing training and skill-building; it’s energizing a local supply chain.

It is also a very public commitment to a market in need of private investment.

Make no mistake; we understand the risks and considerable challenges that come with investing in an emerging market. That said, we are now part of the powerful force that is Haitian hope. We believe that Haiti very well could and should be the next big destination.