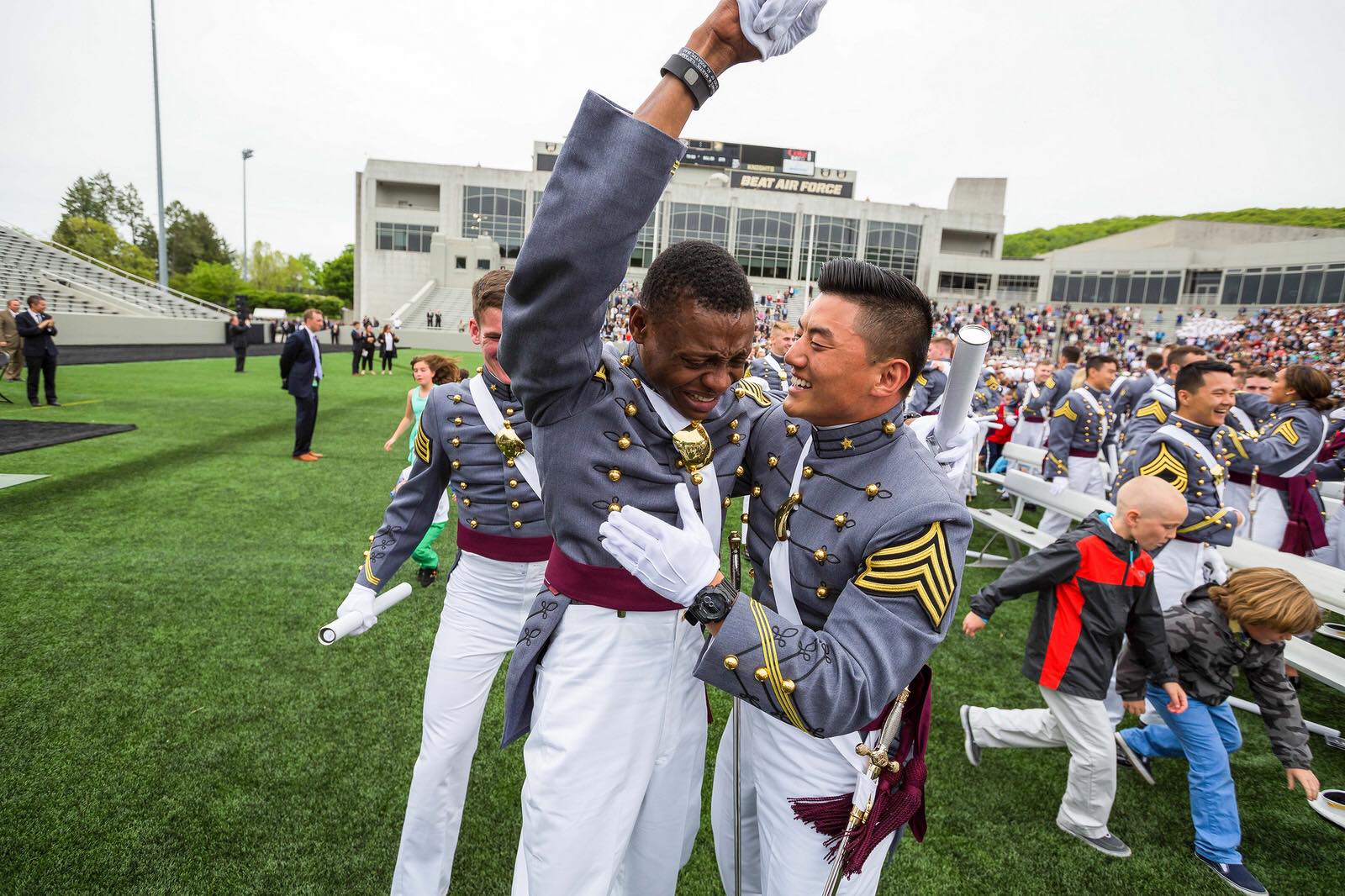 They say we don’t make a difference!

On Monday we shared a Westpoint Facebook  picture of Haitian Regimental Commander Alix Schœlcher Idrache from Westpoint facebook page on our page congratulating the graduate on a job well done.  Alix who was born in Haiti graduated top 25 at West Point, one of the most elite and prestigious U.S. Military Academies, and earned his citizenship.

Within 24 hours of posting his picture on our social networks, it was shared over 2,000 times with a reach of over 50,000 on Facebook and received over 4,000 views on our instagram. Alix sister Carina reached out to us via messenger and thanked us with this message:

The Haitian American, Thank you so much for the thoughful comments, the kind words, the endless love and support and most of all thank you for the recognition on your page. The family appreciates it and sends their love to all admins. # 509 represents

Two later the emotional picture have officially gone viral with article and interviews with Alix on major publications like CNN, The US Army official site and the Washington post.

“I woke up this morning and found my face all over Facebook and with it myriad of amazing comments about my accomplishments,” Idrache wrote Tuesday on Facebook. “I am humbled and shocked at the same time. Thank you for giving me a shot at the American Dream and may God bless America, the greatest country on earth.” – Alix Schœlcher Idrache

With over 10,ooo views on our instagrm, over 120,000 on Facebook, we are happy to see Haiti and one of our Haitian brothers in the headlines with such a positive and inspiring message.

He Was a Regimental Commander in His Graduating Class of 950 Cadets & Finished Top of His Class in Physics. A West Point news release that was issued in the summer of 2015 said that Idrache had been appointed a Regimental Commander among the his fellow 950 cadets. That announcement gave his hometown as New Carrollton, Maryland, a suburb of Washington D.C. According to his sister,Idrache attended high school in Haitian capital of Port-au-Prince. She added that Idrache had finished top of his class in physics. – Source Heavy.com

He Is Due to Report at Fort Rucker to Begin Flight School. In his Instagram thank you, Idrache mentioned that he is due to head to Fort Rucker in Alabamato start flight school. The base is named for Confederate General Edmund Rucker and has been the subject of a renaming debate. It is the home of Army Aviation and the United States Army Aviation Center of Excellence. Source Heavy.com

“People where I’m from don’t grow up to be pilots, right?” Idrache said. “Like they don’t dream of flying a helicopter, that’s not something you do. You don’t just say I’m going to be a pilot and make it happen. There’re no aviation, there’re no helicopters, no flight schools. There’re none of that.”

His Sister Works at the University of Maryland

Idrache’s sister, Carina, works at the University of Maryland, according to online records. She works in student affairs. Carina Idrache is a graduate of Parkdale High School where she was awarded the Freedom Award in her senior year. According to her Facebook page, she is engaged. Source Heavy.com

Idrache’s father, Dieujuste, immigrated to America and was able to bring the rest of his family with him in 2009, one year before an earthquake leveled much of Port-au-Prince. The family didn’t have much, Idrache said, but his father always stressed the importance of education.

“My dad always said, ‘Education is the only gift I can always give you, because I don’t have any anything material to give,’” Idrache recalled in the Army news release.

Idrache enlisted in the Maryland Army National Guard in 2010, serving for two years in the 231st Chemical Company with headquarters in Greenbelt, a suburb of the nation’s capital. The Army said his hometown is New Carrollton, east of Washington.

The emotional picture was also posted to West Point’s Instagram page. In the comments section, Idrache thanked those who were sharing the photo. He said:

I want to thank everyone for your kind and thoughtful comments on this picture. SSG Bryant captured a moment that I will never forget. At this moment, I was overwhelmed with emotions. Three things came to mind and led to those tears. The first is where I started. I am from Haiti and never did I imagine that such honor would be one day bestowed on me.

The second is where I am. Men and women who have preserved the very essence of the human condition stood in that position and took the same oath. Men who preserved the Union is a dark period of this country’s history. Men who scaled the face of adversity and liberated Europe from fascism and nazism. Women like CPT Griest, LT Haver, MAJ Jaster who rewrote the narrative and challenged the status quo to prove themselves worthy of being called Rangers. The third is my future. Shortly after leave, I will report to FT. Rucker to start flight school.

Knowing that one day I will be a pilot is humbling beyond words. I could not help but be flooded with emotions knowing that I will be leading these men and women who are willing to give their all to preserve what we value as the American way of life. To me, that is the greatest honor. Once again, thank you. – Source Heavy.com