Since the earthquake that devastated Haiti in Jan 2010, the country has been fighting to rebuild itself from the ashes. The establishment of a new Government, a new leader at the head of our Ministry of Tourism along with the work of many of our Consulates and Ambassadors abroad, has brought nothing but excitement especially with the ongoing efforts to revive and uplift the image of our beloved Haiti.

The Haitian Culinary Alliance (HCA) founded by some talented Haitian Culinary Professionals, decided to do its part in the promotion of Haiti and its gastronomy. Gastronomy is an important ingredient in the promotion of tourism, and as Chefs, Culinary & Hospitality Professionals we view ourselves as ambassadors working at introducing the wonderful flavors that Haiti has to offer to the world. 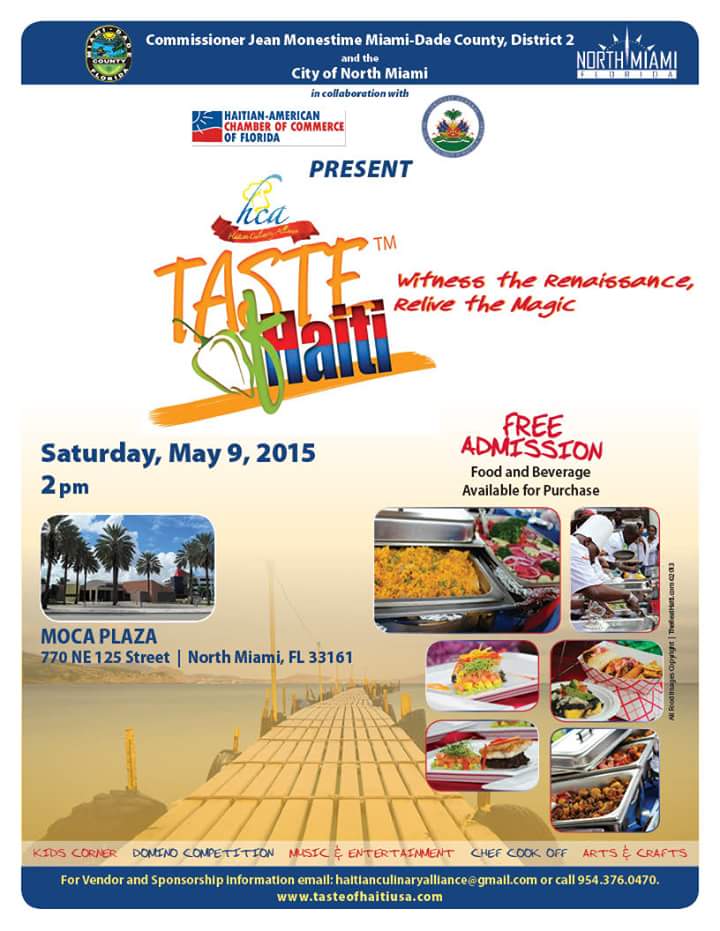 When you talk about Haitian food in the United States, most people think Griot, Rice & Beans, and our most famous Soupe de Giromond. But there is more to our culinary background then just those items listed. Haiti has been influenced by a number of cultures such as French, Spanish, Lebanese, African, Indian and so forth. We are an island that offers an extraordinary variety in our cooking and we want to share our culture with the world.

Come out on May 9th to see and taste what Taste of Haiti is all about. This year’s theme is “Se La Pouw La” and lets be for real, when it comes to Haitian food, you have to come experience it for yourself.

Visit their site for more information and updates.

Clisk here for pictures from the previous Taste of Haiti in Miami.

Win Tickets To The Screening of La Belle Vie: The Good Life Movie
[Local Event] A Conversation With… at Little Haiti Cultural Center