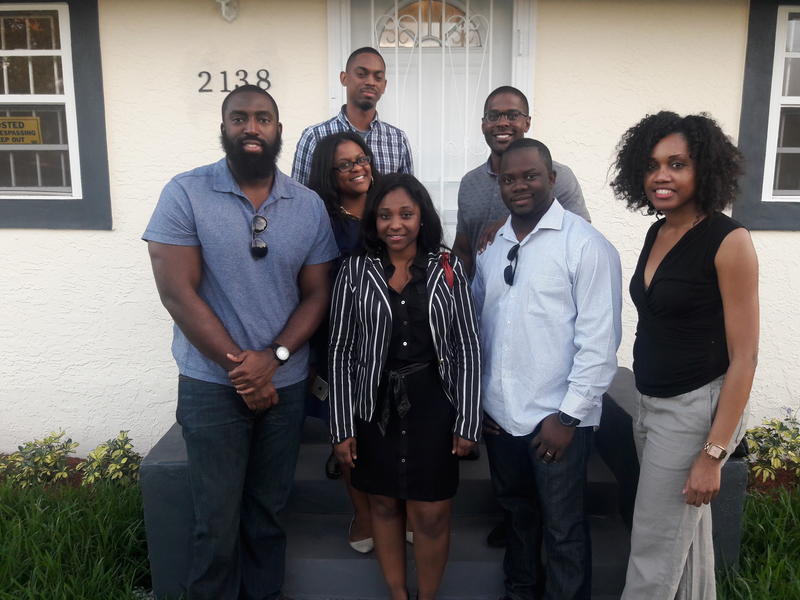 A group of 12 young black professionals which include Haitian-American founder Fabiola Fleuranvil in Miami-Dade formed the Miami Millennial Investment Firm just over a year ago. Its mission: Get black people to invest in Miami-Dade’s black communities.

“We decided we wanted to make this a black project,” said Fabiola Fleuranvil, one of the group’s founders.

The firm assesses predominantly black neighborhoods in the county and invests in them by purchasing, rehabbing and selling property. They’ve purchased two single-family homes so far with plans to also add commercial and industrial properties to their portfolio.

Fleuranvil said when she looked at who was coming in on the cusp of neighborhoods changing in Miami and buying properties and then making big bucks down the line, it was foreign investors, big-name national and local developers, but not necessarily young black folks.

“We see the opportunity, but we don’t want to sit back as bystanders. We’re coming in to do it,” she said.

Miami Millennial Investment Firm is a closed group, but they’re in talks to create subgroups for future investors.  Fleuranvil said at first people doubted that she could garner enough interest for the inaugural investment group. To start she needed 12 individuals to chip in $10,000 each.  – Continue Reading Story Here