A comic featuring fictional characters from most of the Caribbean countries is set to be launched in the near future. The Caribbean Justice Alliance is an up and coming comic series and brainchild of Virgin Islands based Dominican Illustrator Albert Pierre. The series is based on of Pierre’s original miniseries called “Super Dominica”  which was launched in 2014 on the internet.

The success of Super Dominica inspired Pierre to produce a  Caribbean Super Heroes series which featured Super Heroes from every Caribbean country each having their own unique super powers based on their island’s culture, history, and features.

There are currently about 20 members of the league, the Caribbean Justice Alliance mini series will provide a new lens into the complex identity of black people in the Wester hemisphere. Caribbean Justice features a coalition of diverse super heroes that fight crime and environmental pollution on their islands and other nations around the Caribbean.

On the Super Dominica website Pierre says, “Creating a team of to 30 uniquely designed super heroes is not something that you do over night. We also want remind everyone that we don’t see any island as more important than the other. The remaining islands are on their way so let’s be patient.”  Taking the time to research the various cultures and ethnicities that make up the nations of the Caribbean allows for Albert Pierre to make up a diverse cast that reflects a more inclusive view of black identity in the Americas.

Meet Ray Venom of Haiti and Le Ponderoza of the Dominican Republic. What’s interesting about the two heroes is that Pierre created an additional character named Anacaona to represent the connection between the two historically rival countries, Haiti and the DR, that share the island of Hispaniola. 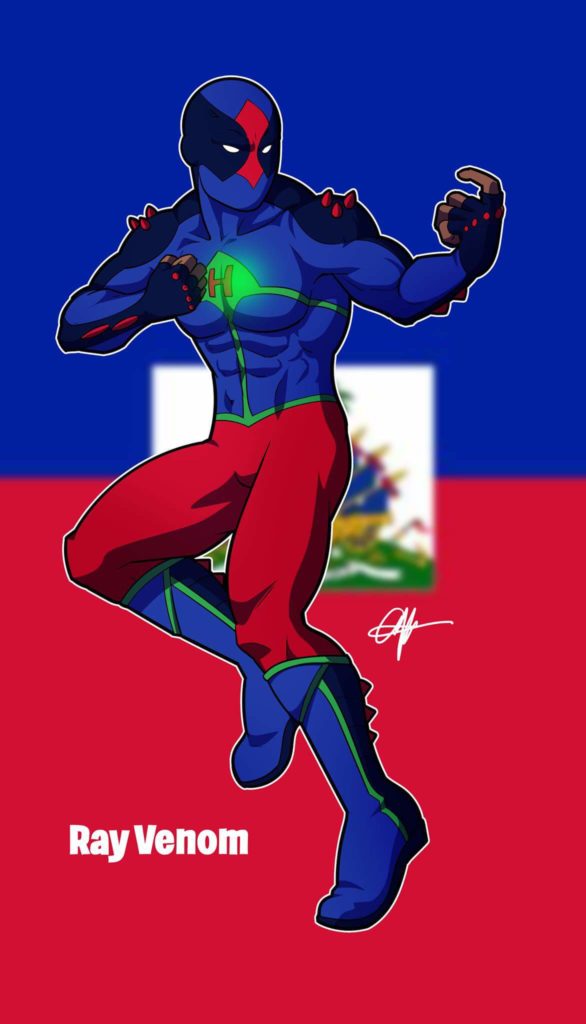 At the age of 2 Dr. Ray Charlemagne began showing signs of an extraordinary gift. Being part of a historic bloodline that could be linked back to the Haitian Revolution, he was always viewed special with his capabilities. He taught himself how to add and subtract. At the age of four, he had an IQ of 159 – just one point below that of Einstein and Stephen Hawking. During this time his family moved to New York in hopes for a better life. With his advanced knowledge schools began skipping him in grades.

At 13 he began his studies at St. John’s University, where he spent many years mastering his craft. Graduating with double majors, he advanced towards a master’s degree in Quantum Medical Technology. He later goes on receiving his Ph.D. Doctorate in Immunology & Microbiology. Hoping to bridge both quantum and medical worlds towards eradicating major diseases and illnesses. He goes on winning many awards of his great achievements. Many of his medical inventions bestowed onto him a magnitude of wealth.

Part of the elite young, black professionals, he grew in popularity among his peers. At age 29 he got diagnosed with a rare form of cancer in his brain. This was a pivotal moment of his young life. Not taking a lost in this battle, he decided to live the remaining portions of his life giving back.

Always staying true to his Haitian Pride and Roots. He wanted to do something to give back to his island nation and the less fortunate. With his wealth, he opened several schools and health centers in Port-au-Prince. Being back to his home island gave him peace of mind and clarity of simple living. Tranquility, he thought would be what was needed for his vision of an Advance research facility.

Mixing the philosophy of his traditional cultured fighting art form of the Cannon Fist “Vision Over Reality”He believes by finding a natural cure for cancer not just for himself, but beneficial to the millions of people who can’t afford the process of fighting it. Using his vision and passion would will a ​way throughout reality, even if it seems impossible.

He dove into researching natural remedies from both plants and animals in hopes of creating cheaper, natural serums and drugs. During his hopes into discovering a new species of venomous stingrays at Stingray cove. Something happened that would change His life. A tremendous vortex opened up beneath the rifts where he was swimming. It was the Whistler​, he oriented a vortex to enter this world. A vortex that merged the negative realm with earth. Dr. Charlemagne found himself entangled with the very species he was hoping to find.

Forged within the force of fusion the vortex created. His spine was infused with that of the stingray’s. Horrified by his appearance, he went exile for some time. During that time to his astonishment, the venom secreted by the glands of the stingray seemed to have attacked the cancerous tumor cells within him.

This began an obsession into studying venom from both plants and animals. Fusing the philosophy of the cannon fist and his new power of venom gave birth to Ray Venom. 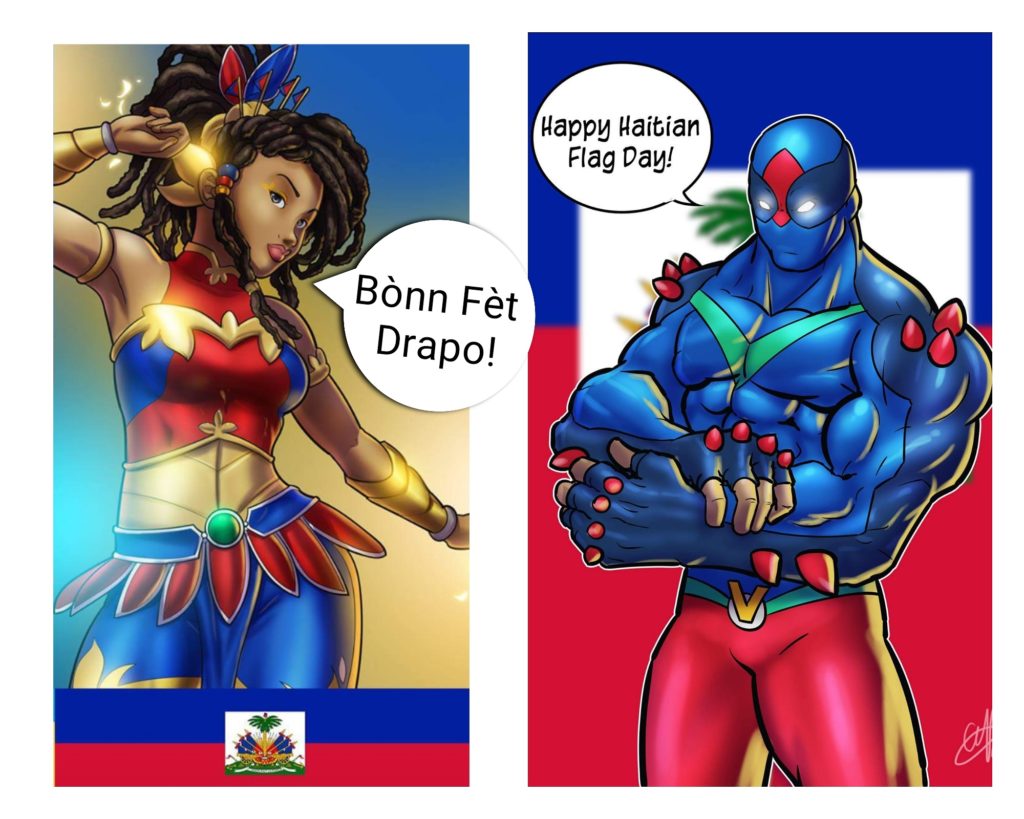 Montreal Stadium becomes Shelter for Haitians Fleeing the U.S
France Offering US Scientists 4-year Grants to Move and do Research