Garth Brooks and wife Trisha Yearwood like to get their hands dirty for a good cause.

The pair, who first visited Haiti after the devastating 2010 earthquake, returned to the city of Leogane to participate in Habitat for Humanity’s 29th annual Jimmy and Rosalynn Carter Work Project. The couple, along with nearly 600 volunteers, helped build 100 homes in the Santo community. Garth was shaken by his first trip to the country, which took place soon after the disaster.

“The main thing that I learned from Haiti this year, by driving through Port-au-Prince, that stuck with me is that with a few bad decisions, my own country could be in that shape in a few years,” he said, referencing the corruption and massive poverty in the island nation. “We must always think of what’s right and wrong, not what’s Republican or Democrat. We must think of what is right or wrong; if we don’t, then I don’t think that anyone is immune from that happening to their own country.”

More than 105,000 homes were destroyed in Haiti in 2010. The Carter Work Project is still working to rebuild for families affected by the earthquake, and bring attention to support still needed for the country’s recovery. – source 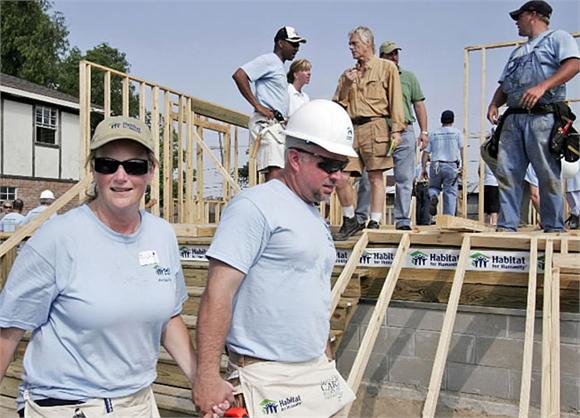