It’s going to be a HAITI explosion this weekend at the Toronto International Film Festival. For the first time in history, Haiti will have a strong representation at one of the biggest film festivals in the world with three films all directed by Haitian filmmakers which include Haitian actors with a strong emphasis on the people, the culture, and country.  If you live in Toronto you can purchase tickets to the screenings of the films, The Empty Box, Ayiti Mon Amour and I Am Not Your Negro.

We spoke to actor Jimmy Jean-Louis who wanted to make sure the Haitian community is aware of the groundbreaking weekend, the importance of these films in the TIFF line up and hope we will come out in numbers to support the filmmakers.

“I want the world to understand there are a lot of amazing talents coming out of Haiti, three film in Toronto film festival speaks loud and shine a light on Haiti and our emerging talents, I think it’s necessary for us, Haitians, to put a spotlight on this weekend” said Jean-Louis. 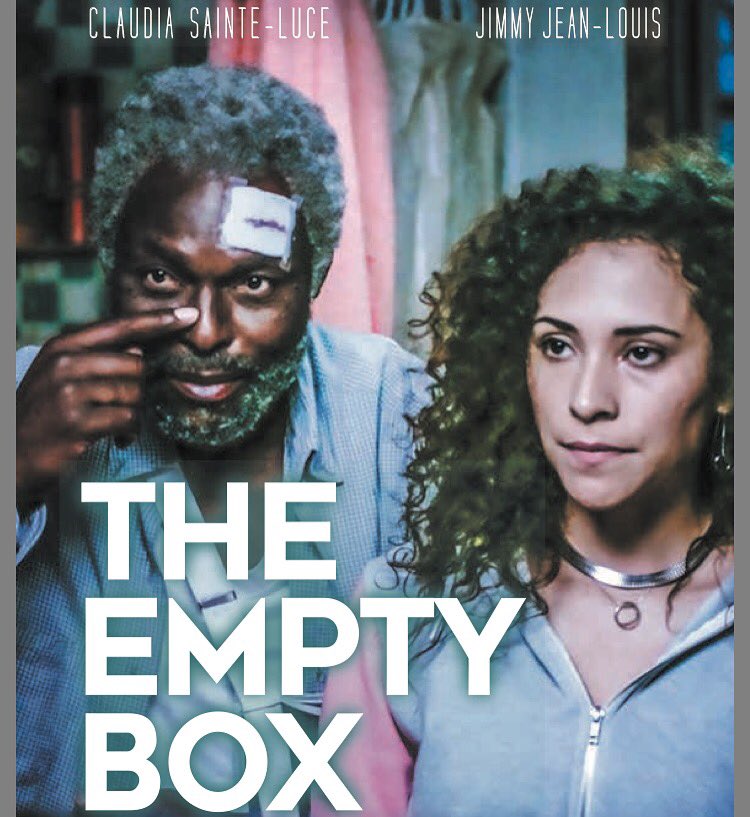 The Empty Box by Mexican-Haitian filmmaker Claudia Sainte-Luce directs and stars in her touching second feature which premieres at the Toronto International Film Festival 2016.  The Empty Box (La caja vacía), also starring Haitian actor Jimmy Jean-Louis, is about a young woman in Mexico City who is forced to care for her estranged father as he descends into senile dementia. The Empty Box explores the enigma of family through the story of an estranged father and daughter, brought together by an illness, who discover ways of reforging the bonds broken by many years of neglect.

Jazmin played by the director herself is a young woman living in Mexico City when she receives a call informing her that her father, Toussaint (Jimmy Jean-Louis), an illegal Haitian immigrant, is ill. She hasn’t seen him in years and does not know why they are calling her. When she finally gets to the hospital and discovers that her father is suffering from vascular dementia, she finds herself faced with the task of caring for a man who is more a stranger than a father to her. But Toussaint, a lifelong drifter, has no one else, so Jazmin brings him to her apartment where she lives alone with her cat.

There’s no trailer available for this film at this time.

Ayiti Mon Amour is a debut narrative by Haitian-American director Guetty Felin and executive produced by critically acclaimed filmmaker Mira Nair (Queen of Katwe). Guetty Felin was born in Port-au-Prince, Haiti and grew up in New York. She has an MFA in cinema from the University of Paris. Her films include the documentaries Closer to the Dream (10) and Broken Stones (12). Ayiti Mon Amour (16) is her fiction feature debut.

Haiti, 5 years after the quake….In a small fishing hamlet forgotten by the rest of the world, the sea is gaining ground and although the memories of the great disaster still linger, life must go on. In Ayiti Mon Amour, three stories intertwine, collide and co-exist.

There’s a coming of age story of an awkward teenage boy (ORPHEE) grieving the lost of his father who one day discovers he has special electrifying power, but with great power comes “great” responsibility. Ayiti Mon Amour  is also a love story of (JAURES) the old fisherman caring for his ailing wife (ODESSA) who has come down with a disease that only the sea can cure. Lastly, there’s the beautiful mysterious (AMA) the main character and muse of an unfinished novel being written by an uninspired writer, she becomes weary and wrestles and decides to leave the story to live her own life.  In Guetty Felin’s magical neorealist tale, these three stories combine to create a poetic portrait of Haiti.

Shot on location with local actors and crew, Felin’s film is an important addition to the body of work coming out of Haiti’s burgeoning film scene. 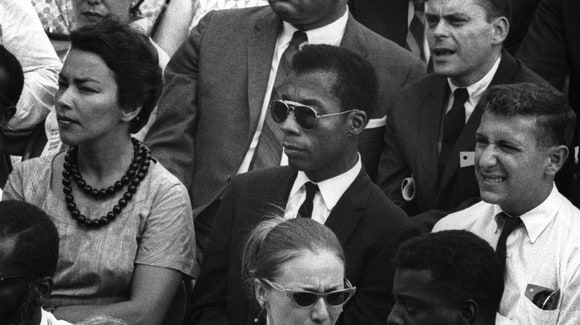 The first pointed documentary about James Baldwin, I Am Not Your Negro, from Haitian filmmaker Raoul Peck is set to make its world premiere at the Toronto International Film Festival followed by a screening date at the New York Film Festival in October. This documentary is a project Peck has been working on for at least 6 years, and it’s made with the full cooperation of the Baldwin estate.

Here’s the New York Film Festival summary of the film: The documentary explores 30 completed pages of James Baldwin’s final, unfinished manuscript, Remember This House, in which the author went about the painful task of remembering his three fallen friends Medgar Evers, Malcolm X, and Martin Luther King whose lives all ended in assassinations and crafted an elegantly precise and bracing film essay. Peck learned of this project after going through exchanges through letters between the author and his agent. Peck’s film, about the unholy agglomeration of myths, institutionalized practices both legal and illegal, and displaced white terror that have long perpetuated the tragic state of race in America, is anchored by the presence of Baldwin himself in images and words, read beautifully by Samuel L. Jackson in hushed, burning tones.

Cameron Bailey at TIFF calls it “a stunning meditation on what it means to be Black in America” that meshes Baldwin’s “lyrical rhetoric with rich archival footage of the Civil Rights and Black Power movements, and connects these historical struggles for justice and equality to the present-day movements that have taken shape in response to the killings of young African-American men including Trayvon Martin, Tamir Rice, Mike Brown, and Amir Brooks.”Why a film on Baldwin? Peck’s response: “Because Baldwin is my life… I started reading Baldwin when I was 14 or 15, and I realized as an adult a lot of the things I was saying came from him.” –

Why a film on Baldwin? Peck’s response: “Because Baldwin is my life… I started reading Baldwin when I was 14 or 15, and I realized as an adult a lot of the things I was saying came from him.” – Shadow and Act