Over 100 speakers, including representatives from tech powerhouses such as Airbnb, Facebook, Google and Uber joined more than 450 attendees in the first Haiti Tech Summit hosted for two days at Decameron.

Haiti’s first ever Tech Summit was held this week at the Royal Decameron Beach Resort. An event that brought industry leaders from across the world right here to Haiti. The summit was filled with hundreds of members with ONE vision – bringing  the best of the best together with plans to Cultivate Haiti into one of the leading nations in tech. Guest were able to tune into powerful keynote speakers and interactive round table discussions on topics like, Owning your story – the power of narrative, Understanding the social media mindset, and Disruptors of innovation, which consisted of pioneering tech companies like google, Uber, and airbnb.

The Summit is the brainchild of Forbes 30 UNDER 30 Honoree Christine Souffrant Ntim, who has been blazing new trails in the Tech Industry since discovering her love of coding.  Paul Ahlstrom and Ben Horowitz headline an A-List of techpreneurs and speakers from companies such as BlogHer and Black Enterprise.

The most powerful moment throughout the two-day event was the Presidential address by Haiti’s excellency, Jovenel Moise. President Moise thanked visitors, and the summit coordinator for believing in the future of technology in Haiti and creating different paths to expose young Haitian leaders into the spotlight. “If we can solve our own problems here in Haiti we can help solve problems around the world.”

For some of the tech experts, this summit served as their first Caribbean travel. This was the first opportunity for many to explore the previously untapped potential of the technology sector on the island. The room filled with young Caribbean entrepreneurs taking the stage, sharing their expertise and involvement on what it would take to catapult Haiti’s ecosystem. It allowed for leaders to visualize the importance of shaking up the tech industry – so that the world is forced to consider Haiti as a major player.

The #HaitiTechSummit is a 13 year initiative with the tech summits being held in emerging countries around world. Entrepreneur, international leaders, and creatives will continue to transform emerging markets around the globe. 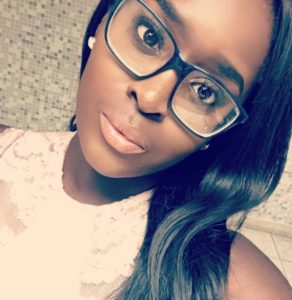 A lover of traveling, exotic foods, and anything beauty related. Irma is a 22-year-old, Haitian-American Miami native with a love for everything beautiful in life. An avid reader and writer, her exuberant personality, love for meeting new people, and learning new languages – are all an inspiration towards her success.

Six Competitors Working Together For A Campaign About Albinism
Guest Post: Culture & Language Barriers: A Tale of Two Haiti(s)