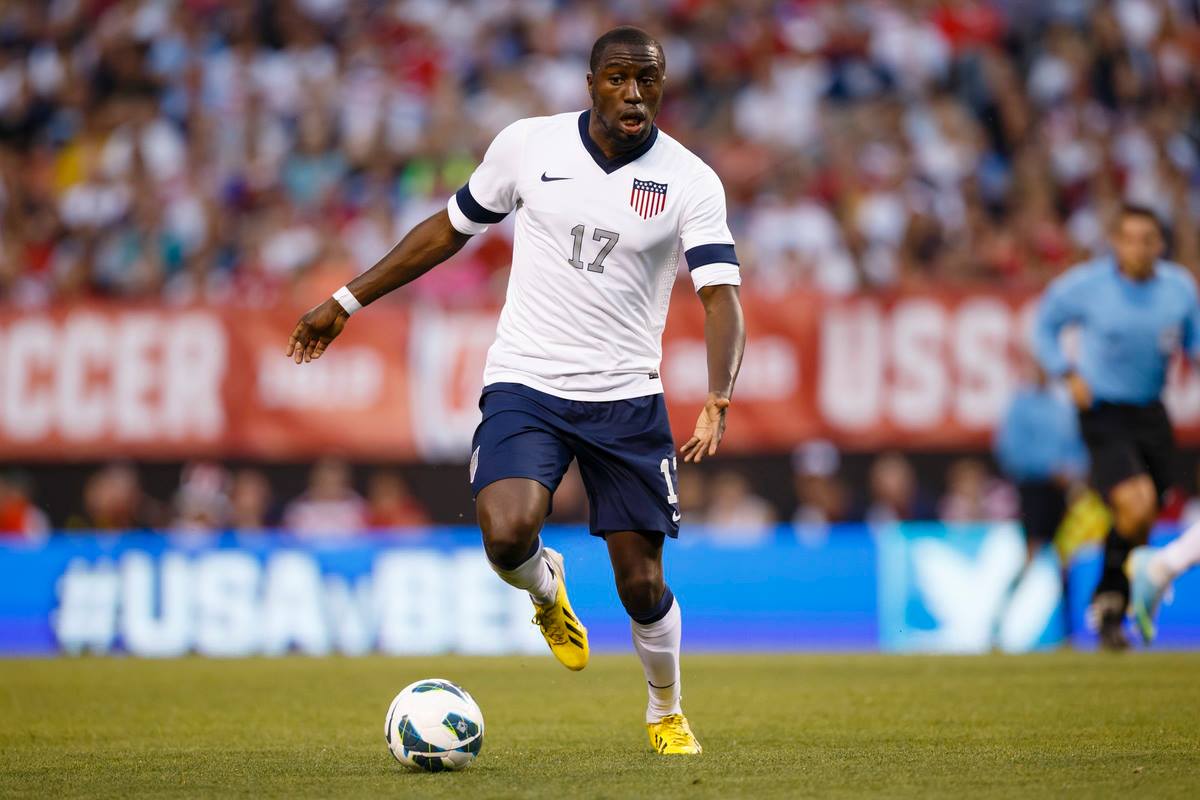 Juergen Klinsmann has tried out more combinations than a safecracker is his two years as coach of the U.S. national team, starting 28 lineups in 29 games.

Tuesday he found one that worked.

With Jozy Altidore scoring late in the first half and Eddie Johnson early in the second, the U.S. beat Panama, 2-0, in a World Cup qualifier before a crowd of 40,847 at CenturyLink Field. With their third win in four games, the Americans took over sole possession of first place in the six-team CONCACAF qualifying table with 10 points, two points ahead of Costa Rica and Mexico halfway through the competition. The top three finishers in the 10-game regional tournament win invitations to next summer’s World Cup in Brazil. And the U.S. moved to the top behind a reinvigorated offense led by Altidore, who has scored in three consecutive games. But it was far from a one-man show. Clint Dempsey and Johnson, starting in place of the suspended Graham Zusi, kept Panama honest with a number of threatening runs; Geoff Cameron set up Johnson’s score with an impressive 40-yard pass; and Fabian Johnson proved dangerous with crosses from the left wing. Add it up and the U.S. now leads CONCACAF in goals as well as in points. Playing on a thin grass carpet laid over CenturyField’s unforgiving FieldTurf surface – redecorating that cost U.S. Soccer more than $80,000 – the U.S. had several early chances, but it couldn’t completely penetrate the thick Panama defense.

Meanwhile Panama’s first scoring chance, in the 22nd minute, was tripped up by the uneven grass with Carlos Rodriguez , alone on the left wing near the edge of the box, hitting a seam and tumbling to the ground before he could get off a shot.

The U.S. breakthrough came in the 36th minute came on a counterattack that began with a long Michael Bradley run into the Panama end. With Dempsey racing down the middle to draw the defense, Bradley slipped a pass to the left wing for Johnson, who sent the ball across the front of the net to Altidore for the easy goal. Panama’s Luis Tejada appeared to tie the game in the 45th minute when he beat U.S. keeper Tim Howard cleanly but Tejada was ruled offside on the play. The U.S. doubled its lead eight minutes after intermission with Cameron sending a long ball over the top to Johnson, who broke into the box alone and tucked a left-footed shot around Panama keeper Jaime Penedo. The goal was Johnson’s 11th goal in 16 World Cup qualifiers.

Another Bradley-to-Fabian Johnson pass in the 80th minute should have led to a third goal but DaMarcus Beasley, who took the ball on a feed from Altidore deep in the 18-yard box, saw his shot ring off the goal post. 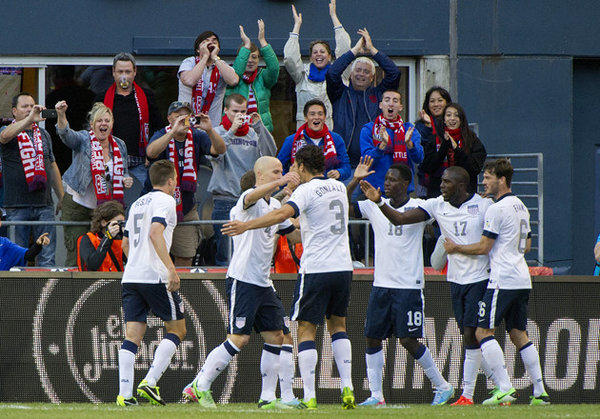