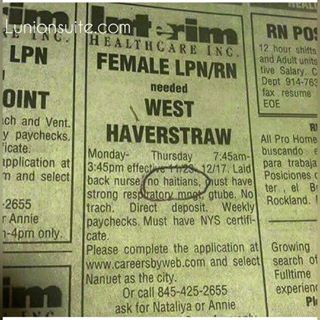 On Sunday, the screen shot of this help wanted ad from Interim Healthcare Inc. posted in a New York local Pennysaver started an uproar when people noticed the ad blatantly states no Haitians will be considered.

The Florida-based healthcare company whose online about us page says they are  the nation’s largest providers of home care, healthcare staffing and hospice services and more than 300 locations in 43 states, has come under fire for using racial discrimination. 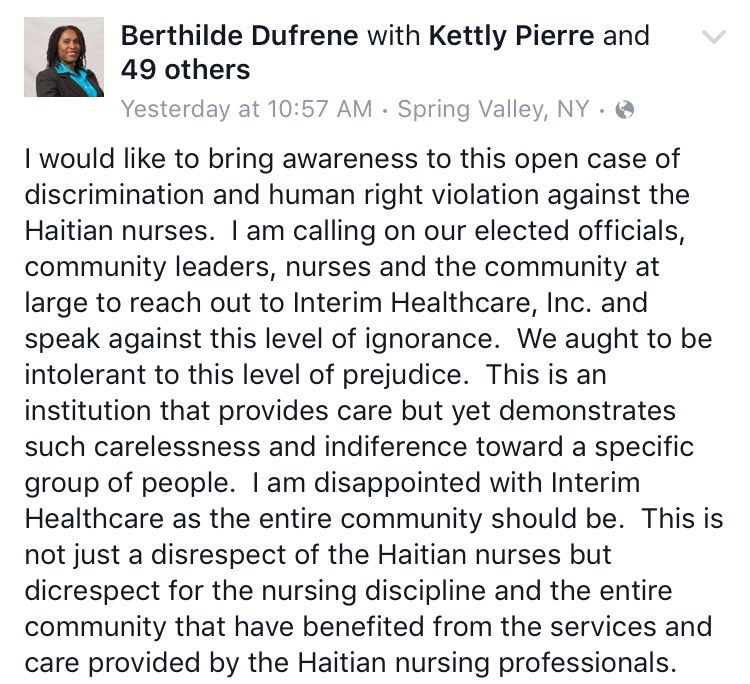 Once we were informed, we posted the ad on all our networks along with Interim’s contact information,  website and the name of their president asking the Haitian community  to start calling their local officials and new outlets.

Within a few hours of the ad being posted on social network, New York State Senator David Carlucci said in a statement:

It has come to my attention that the company Interim Healthcare Inc. has taken out an ad in the local Pennysaver for a nursing position in West Haverstraw. The ad specifically says that “no Haitians” will be accepted. This is outrageous discrimination in its purest form.

It is a direct violation of the Civil Rights act and is completely illegal! This company should be ashamed of itself, and Pennysaver should seriously reconsider running any job postings from this agency. My office will be urging the New York State Department of Labor as well as the federal Equal Opportunity Employment Commission to conduct a full investigation. 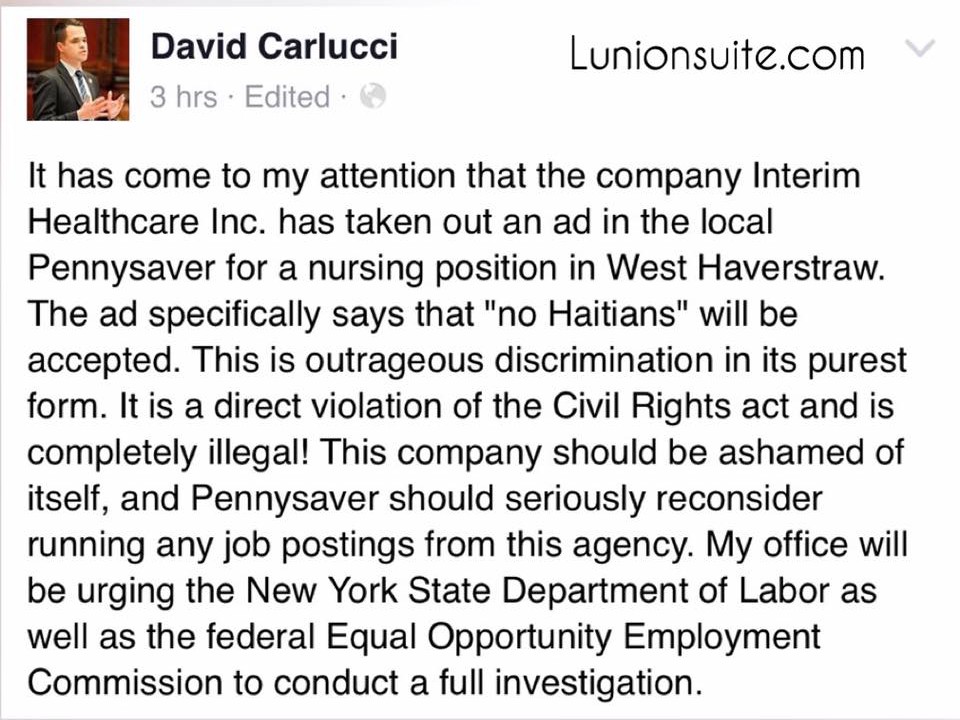 By 6pm Sunday CBSNewYork and ABCNewyork were both informed and posted the story on their site. Both networks also covered the story during their 11pm news coverage.

The Interim Healthcare location was closed Sunday and there’s been no word from the franchise or any representative of the company.

COMPANY ABOUT US: Interim HealthCare is one of the nation’s largest providers of home care, health care staffing and hospice services. Founded in 1966, Interim HealthCare has more than 300 locations in 43 states. Over the years, we have recognized the need for flexibility and diversity and we have responded with unlimited career choices. 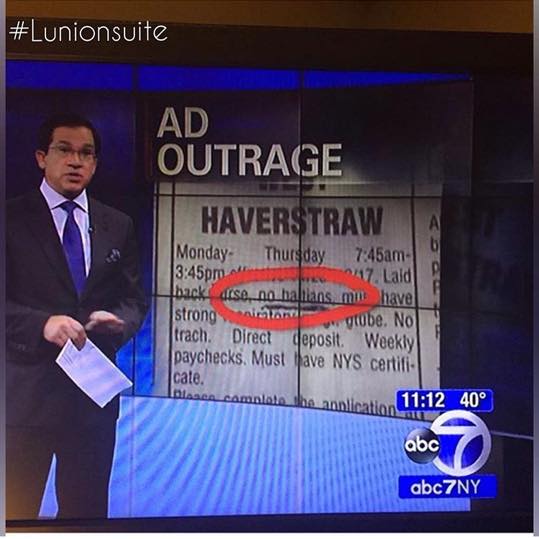