On January 12, 2017, the 7th anniversary of the earthquake in Haiti, the Giving Hearts with Love Foundation and Superior Seven Group have lined up a monumental event at Centre Sportif Henfrasa in Port-au-Prince, Haiti, that will help memorialize that day in Haiti’s history, while also sharing the hope of rising up that has continued to build the Haitian spirit throughout the years.

“Rise Up for Haiti will showcase the resilience of the Haitian people, while sharing the love of Jesus Christ, and giving Haitians the peace, unity, love and hope they need to be reminded that they have not been forgotten, even now in the wake of Hurricane Matthew,” says Terrell Reid from Giving Hearts with Love Foundation.

From 5pm to 10pm on Thursday, January 12, 2017 at Centre Sportif Henfrasa, Rise Up for Haiti, will feature artists like Spirit of Praise from Atlanta, Sunday’s BestWill and Alexis, and Haitian gospel sensations Maggie Blanchard, Gospel Kreyol and Revelation Mizik, among others.

Through strength and perseverance, Haiti has continued to forge ahead, even in the midst of hardship, that is why a gospel concert of this caliber will provide a platform for people from all over the world to join Haiti as they commemorate this significant anniversary.

Music uplifts and sheds light in the midst of darkness, and the Giving Hearts with Love Foundation, alongside the Superior Seven Group are excited to share something different with Haiti, while making this important memorial something to rejoice about because in the end Haiti is still standing and will continue to Rise Up! 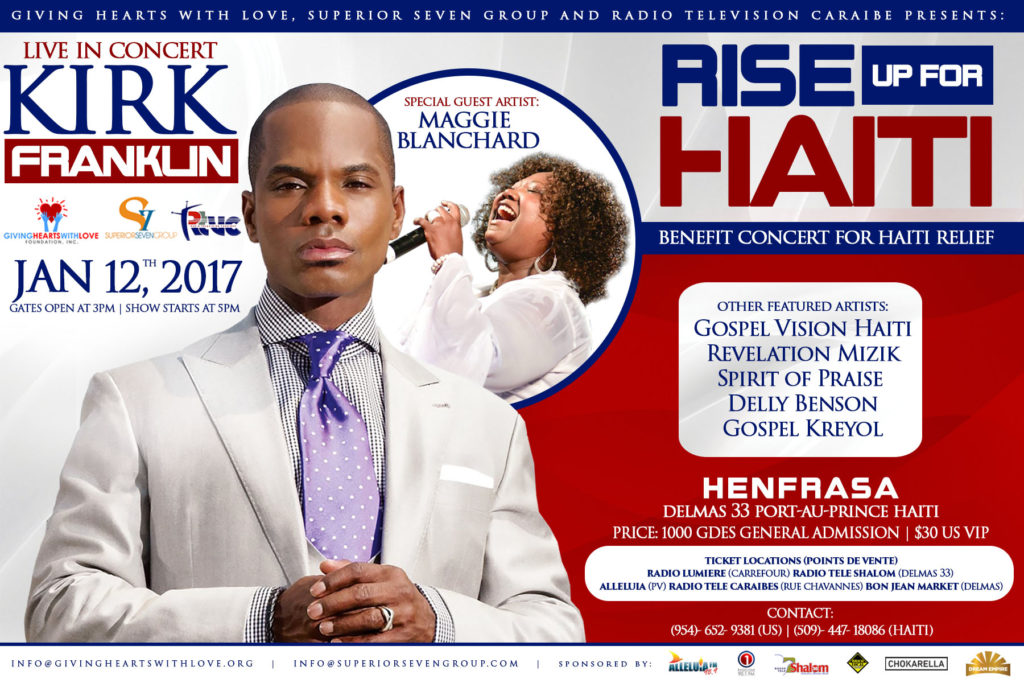