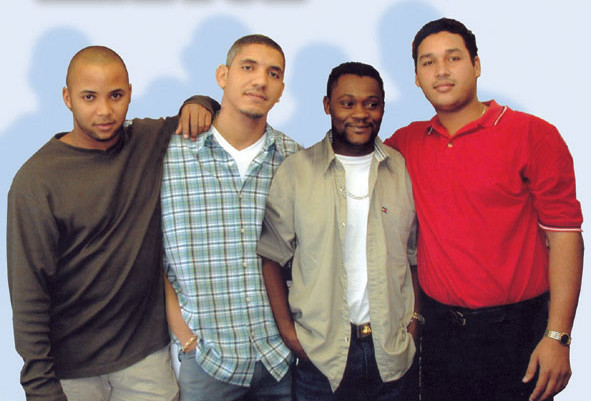 Kona Kreyol is back for one night only in Las Vegas in June as part of Kompa In Vegas 2015.

Ten years ago a group called Konpa Kreyol took over radio airwaves and became one of the top contenders in the Haitian music industry. With top hits like “Viens Chez Moi,” “Li pa vini,” “Gen, Gen, Geng,” “Ki Mele’m,” and “Pa et Ma,” Konpa Kreyol became a quick representative of the Nouvel Jenerasyon sound. As their stardom rose, their fan base was cemented throughout Canada, Haiti, Miami, Boston, New York, Europe and the Antilles, until sadly the band broke up, leaving an irreplaceable void within the music industry.

The VIP Experience Group, LLC, is proud to announce that for just one night, Sunday, June 28, 2015, Konpa Kreyol is back. Taking the stage at the Hard Rock Café on Paradise Road in Vegas, Konpa Kreyol is bringing back what compas lovers have been longing for, for over a decade. Music, vibes and unity will be the focus for this one night only reunion, as old songs make a comeback and the newer generation is introduced to real pioneers of the Nouvel Jenerasyon phenomenon.

A fresh new face to the Kompa scene, Kompa In Vegas has already gained momentum as one of the best Haitian events in the United States, bringing in thousands of music aficionados to the Vegas Strip for an unforgettable weekend of dancing, music and thrills.

The addition of a Kompa Kreyol reunion to the already electrifying line up, only solidifies the impact that the VIP Experience Group, LLC has had in the Haitian music industry.

Be it “Zouk on the Strip,” “The Black Tie & Stiletto Affair,” “The 3rd Edition Angels on Earth All White Affair,” or “The Bikini & Martini Celebrity Pool Party,” the Vegas Strip will definitely be buzzing with the sound of Haitian music on an extreme level and the addition of Konpa Kreyol on Sunday, June 28, 2015 has made it equally rousing.