There’s  been a lot of debate and disagreements since the news of the passing of former president Jean-Claude Duvalier known as “Baby Doc,”. With his funeral schedule Saturday, Haitians are also on opposite side of whether or not he should receive a State Funeral.

According to Yahoo News:

The 63-year-old former strongman’s passing, more than a quarter-of-a-century after he fled into exile, has not generated much public passion in an impoverished country still struggling to recover after a devastating 2010 earthquake. 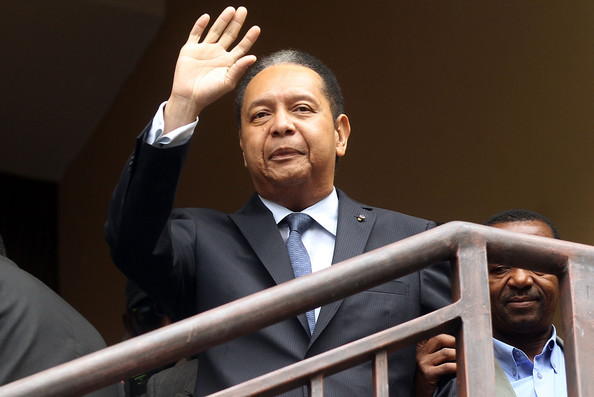 But Duvalier’s death has stirred Haiti’s political classes — already at odds over the organization of long-delayed legislative elections — and has dismayed victims of his brutal rule searching for justice.

President Michel Martelly’s government is seen as sympathetic to the Duvalier camp, and the manner in which it chooses to mark his death will set the tone during a difficult period in Haiti’s already tragic story.

“It should be a national funeral, because that’s what the protocol requires, as he was a head of state,” Lucien Jura, spokesman for Martelly, told AFP on Monday.

“But what we don’t yet know is whether there will be a decision to put flags at half-staff and declare a period of national mourning,” he said, promising a decision later in the day.

Opposition figures reacted bitterly to the provisional plans to honor a man who took control of Haiti in 1971, after the death of his father Francois “Papa Doc” Duvalier.

Baby Doc came to power when he was just 19, later declaring himself president for life.

On the moral level, he has no right to a national funeral. He was a dictator who did much harm to the country,” said former political prisoner and former Port-au-Prince mayor Evans Paul. “But if it’s the law that he have one, so be it.”

“He’s a former president. He has the right to a special funeral,” retired colonel Abel Jerome, a still influential former figure in the Duvalier regime, told AFP on Sunday

On the streets of Port-au-Prince ordinary Haitians were divided over Duvalier’s legacy, but most thought it normal that a former national leader receive a state funeral. – – Continue Reading Here

Click Here to watch the video from Miami’s  WPLG story on the funeral.