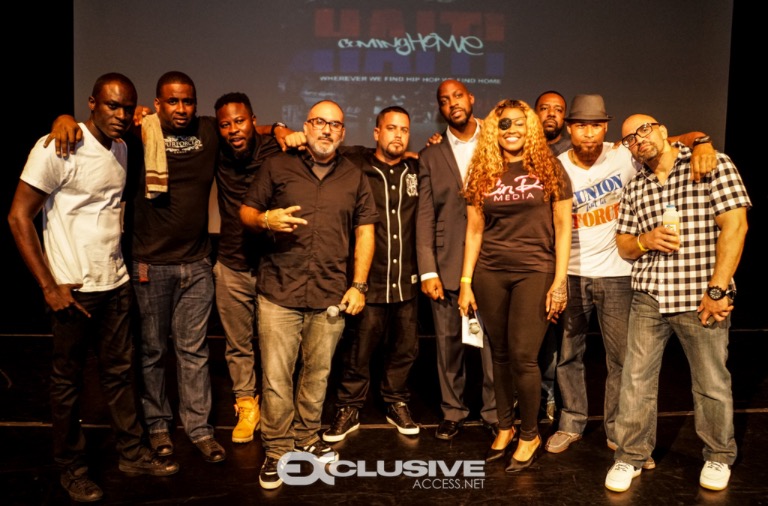 The event was hosted by 99 JAMZ radio personality Supa Cindy, music supplied by the incredible DJ A.K. Vybz with refreshments by celebrity gourmet Chef Teach Creates. Along with offering attendees a sneak peek into the documentary, guest also enjoyed a Meet & Greet with cast members and question-and-answer session with producers.

“Hip Hop has gone global and affects the lives of people around the world. We’ve already shown the undeniable presence of our culture in Cuba and Peru,” says DJ EFN, who is also executive producer. “With the third installment filmed in Haiti, we felt that Miami’s Little Haiti area would be the perfect location to preview it”.

A much-respected music industry veteran, EFN established EFN Visual Mixtapes in 2010, when he noticed that the artists with whom he was working needed quick music videos to promote their music. The firm’s client list included such artists as ¡Mayday!, Ras Kass, Gunplay, Tech N9ne, Pharrell and N.O.R.E..

In 2012, EFN and Garcia formed Crazy Hood Film Academy and produced their first feature film, a documentary about the Hip-Hop scene in Cuba entitled “Coming Home.” The film was named Best Documentary at The People’s Film Festival in 2013 and went on to be featured in several film festivals domestically and internationally. The film-making duo finally landing a deal with Sean ‘P.Diddy’ Combs’ new cable network Revolt TV.

Here are a few of my snap chat clips from the screening.