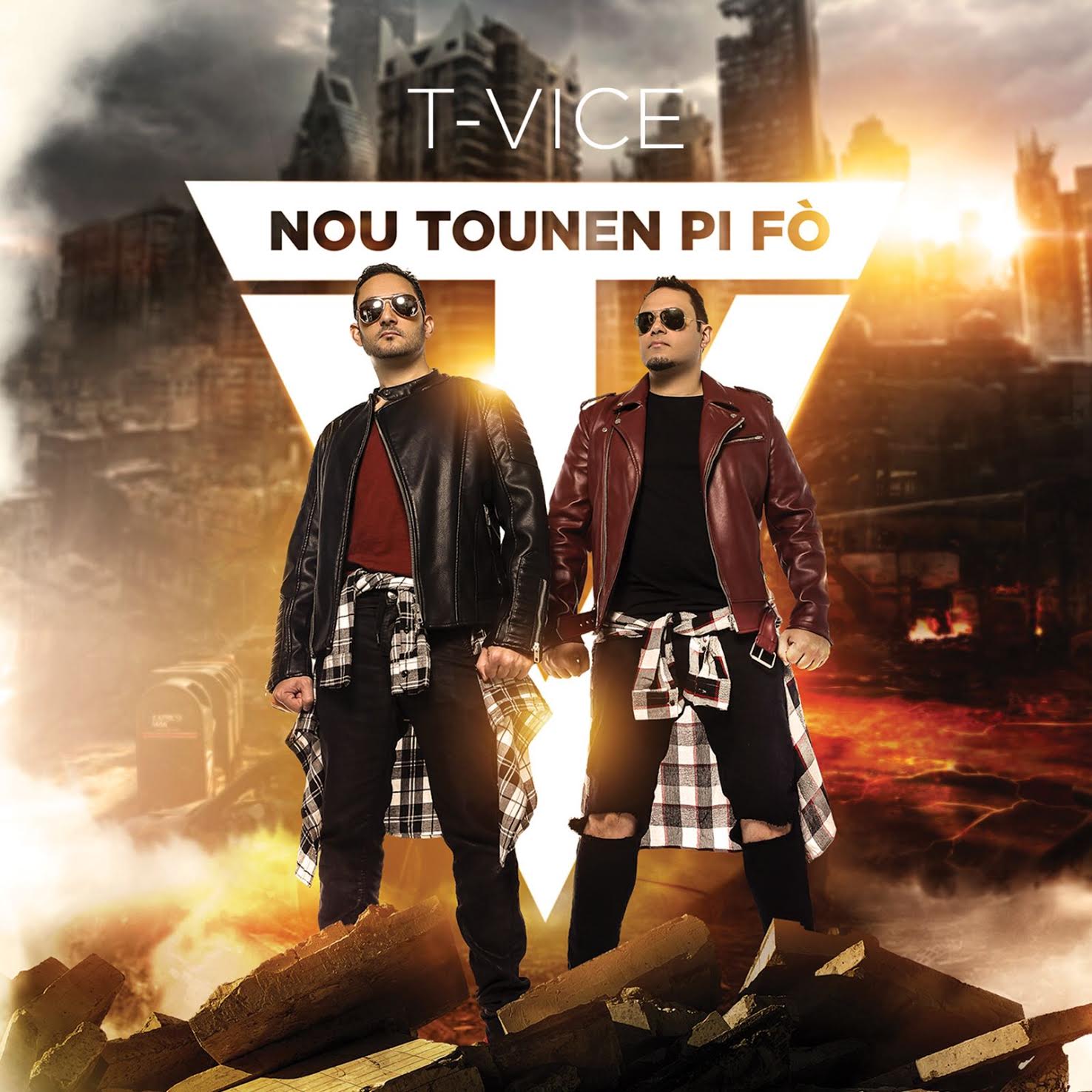 From their hypnotizing grooves to their recipe for creating hype, T-Vice is known for longevity, strength and musical talent. “Nou Tounen Pi Fo,” is T-Vice’s ninth album in over 20 plus years and on November 23, 2016, the groups’ diehard fans will be able to get a full dose of what they’ve been missing, new sounds and upgraded rhythms.

“We worked hard on this album, a year and a half of focus went into “Nou Tounen Pi Fo.” We wanted to expand our sound and we even played around with some world sounds to make it a little different. The fans deserve our best and I think we delivered,” says T-Vice founder and lead singer Roberto Martino.

With eleven songs on the album, “Nou Tounen Pi Fo,” will add to T-Vice’s already stellar repertoire and discography. From performing all around the world to spotlighting Haiti as one of its biggest musical ambassadors T-Vice has garnered the respect of promoters and producers in the business, while keeping fans hungry for more year after year. Hits like “M’anvi Gate’w,” “Timidite,” “Gason Makome,” and “Peyi Mwen,” have all been the perfect platform to set T-Vice’s foundation within the Haitian Music Industry.

Guest artists like JPerry, PJay and 5Lan all added a diverse vibe to the album that music lovers of all ages and generations can find something to fall in love with.

Tuesday, November 22, 2016 at 9pm, T-Vice will be hosting the first ever Live Stream Album and Music Video Release Party directly from Vice2K Studios. Hosted by Carel Pedre of ChoKarella and brought to you by Lux Media & Marketing,  T-Vice is excited to try something new and give their fans what they deserve, great music and perfect ambiance.

“Nou Tounen Pi Fo” drops everywhere tomorrow, November 23rd, you can get your copy on ITunes – Google Play – Spotify – Tunecore and more. You can also catch T-Vice performing at several Album Release Parties this weekend, including in Boston on Thanksgiving Night, New York on Friday at Karavalli, before headed back to Florida to perform on Saturday at Karu and Sunday at FIU North Stadium for the DiaspoCup.

Log on tonight to www.luxtvhd.com to watch the Live Stream of “Nou Tounen Pi Fo,” or check Facebook Live on Chokarella and Vice2k11. Stay connected to T-Vice on all social media platforms by following @TViceBand.