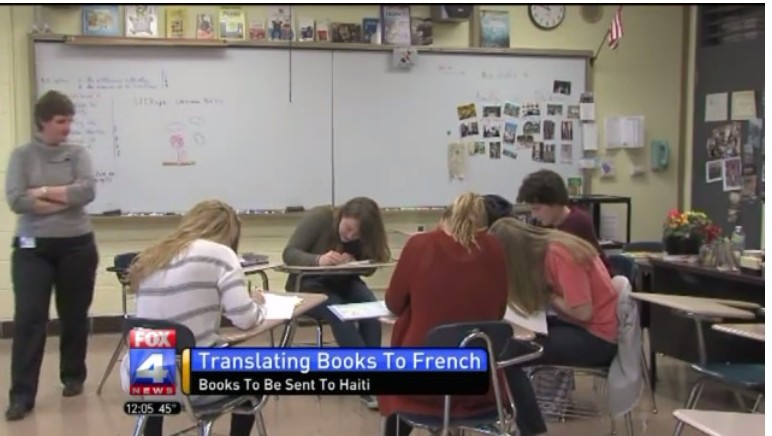 This is what I call a creative form of teaching.

[Fox4News] French honor society students at Shawnee Mission East high school were looking for a way to connect what they’ve learned in the classroom with real-world experiences, when one student pitched an idea that had the potential to impact those in another country.

Many schools in Haiti have struggled with having supplies, especially books, since an earthquake hit in 2010.

As part of the project, the French students donated old books and began translating them to French.

The students put their work underneath the English words so the Haitian children have both languages.

“French really is a global language that’s not just spoken in France or Europe, but all over the world,” Werner said. “I think this exercise really showed a lot of the students how they can use their French for something that’s outside of the classroom.”

The french society said they hope the project is the first of many community service projects to come.

“It’s probably one of the best experiences that I have seen because I’m a teacher and I’m the one who tells them what to do and this time it was their project and they took it in their own hands,” French teacher Laure Losey said. – Read More Here