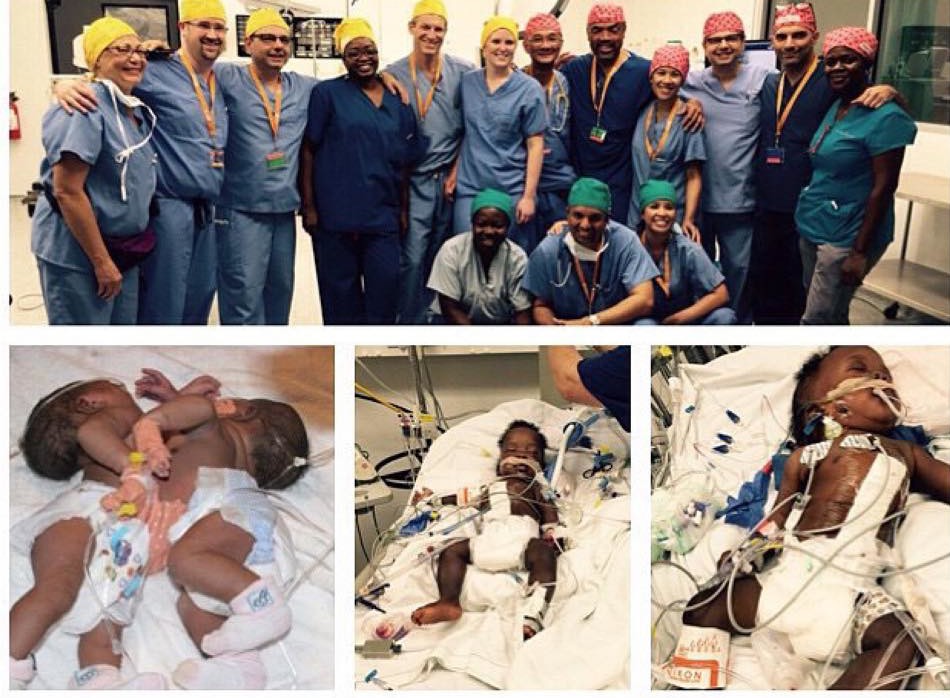 A couple of weeks ago I posted the story about the Haitian surgeons who made history in Mirebalais, Haiti after they separated conjoined twins Marian and Michelle Bernard. Now you can watch the 2:32 clips of the doctors and how they made the surgery happen.

According to [LittleThings.com] Haitian-born surgeon Henri Ford made medical history in his home country when he performed a rare surgery there for the first time. Ford led a group of volunteer doctors as they separated conjoined twins Marian and Michelle Bernard during a seven-hour surgery at the University Hospital of Mirebalais on May 22.

“It was an extremely exhilarating day; not only did our preparations pay off and the surgery succeed in spectacular fashion, but this was also a time to put politics aside and celebrate our national pride,” Ford said.

The 6-month-old twins, born last November and connected at the abdomen, are shown in the video below (at the 2:16 mark), recuperating two weeks after the surgery. You’d never guess they were once conjoined twins, which occurs in about 1 in 200,000 births. The survival rate is fairly low and the surgical separation is very risky.

While the separation is a joyous moment for the twins’ parents, it also marks a monumental moment for Ford and his home country.

Born in Port-au-Prince, Ford’s family left the country for the United States in 1972. He went on to become an Ivy League-trained pediatric surgeon. He’s now chief of surgery at Children’s Hospital Los Angeles.

“There’s something special about coming to Haiti to operate on Haitian children with Haitian physicians, [and] Haitian anesthesiologists, because I feel that I am contributing to the future of this country,” the renowned doctor told CBS.