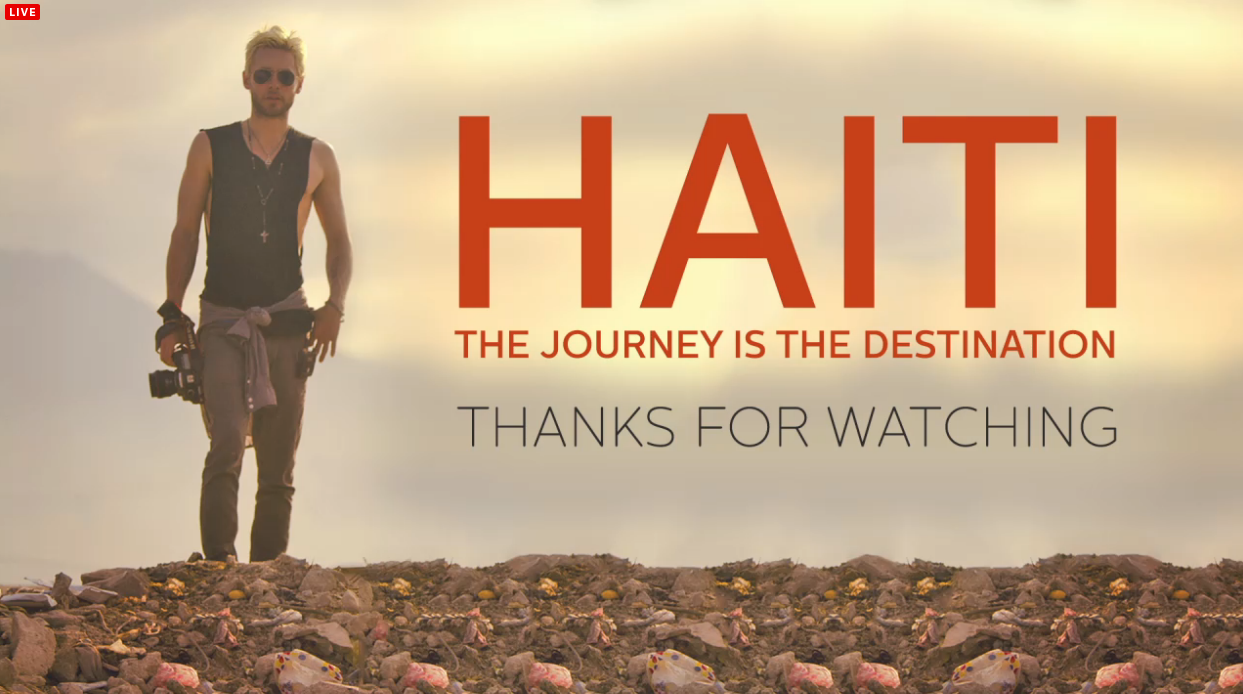 On September 30th, Jared Leto shared his photographs from Haiti on Instagram and discussed the development of Haiti since the 2010 earthquake.

Thousands of fans joined actor, musician and philanthropist Jared Leto to discuss the challenges and advances in Haiti during a fundraising concert and conversation held on 30 September. The Oscar-winning actor invited UN Assistant Secretary-General and UN Development Programme (UNDP) Director for Latin America and the Caribbean Jessica Faieta and Partners in Health expert Samantha Ender to join the chat. Most of the audience joined the event online, through the livestream platform VyRT, while around 50 fans gathered in-person at a venue in Brooklyn, New York.

The event followed Leto’s newly published book with pictures from his recent trip to Haiti, where he spent part of his childhood. As he showed the audience colourful pictures and tales of hardship and endurance, Jared Leto fondly recalled his “tree-climbing and mango fetching childhood” in “sunny and magical” Haiti.

“Haitians are some of the hardest-working people I’ve ever seen,” Leto said as he showed a picture of a lady carrying a huge bag on her head.

He also told the audience he had witnessed the UN’s positive work in Haiti, including to help boost security in the Caribbean country. Leto asked Faieta questions ranging from health concerns and accountability to disaster recovery and aid dependency risk. The audience asked questions online and in-person about the Caribbean country and how to continue supporting the Haitians.

“The only way a country can truly develop is if it boosts its own institutions and beefs up the Rule of Law,” Faieta told one 30 Seconds to Mars – Leto’s band – fan.

“Despite the multiple crises going on right now in the world we cannot forget the Haitians: Haiti still needs us,” Faieta said, reminding the audience that the amount of rubble following the earthquake– which is practically cleared by now— was 10 times larger than the World Trade Center debris in New York City. – Continue Reading Here

All proceeds from the virtual gathering and the book will go to institutions in Haiti working with UNDP and Partners in Health.