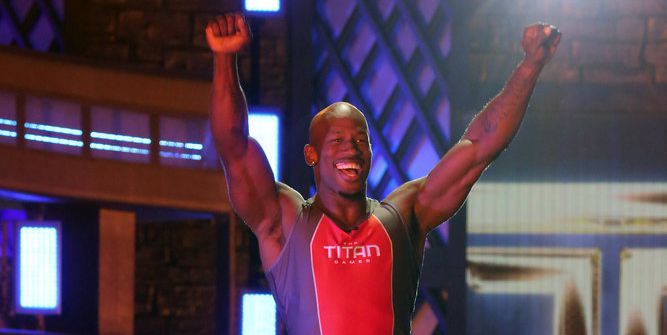 The Rock’s new athletic competition The Titan Games is here.

The NBC athletic competition and reality TV series presented by Dwayne “The Rock” Johnson premiered with two back-to-back episodes Thursday night. The debut episode featured 16 different athletes facing off in a series of grueling challenges.  In the end, two men and two women have declared the first Titans of the season. Dwayne promised us we’d see something special, and the contestants upheld their end of that bargain.

The most exciting part of the night was watching Haitian truck driver, James Jean-Louis, otherwise known as the “Haitian Sensation” overcame the larger Anthony Fuhrman (245 pounds to Jean Louis’ 220) through the challenges on a mountain-like course with various obstacles designed to test strength and agility known as Mount Olympus.

According to Men’s Health, Jean-Louis, a 29-year-old truck driver who was once arrested, is dedicated to being the best role model he can be to his eleven-year-old son Semaj. He gets up every day at 4 a.m. to work out, do his delivery routes for Budweiser, and take care of his kid. Semaj was in attendance during taping to cheer on his dad. The father based in North Miami Beach, Florida, faced off against a fellow Floridian in Fuhrman. But even though things looked shaky for a moment, Jean-Louis was ultimately faster and able to scale walls a little more nimbly in the course, modeled after Johnson’s own workouts.

Jean-Louis had the distinction of not just becoming the first Titan, and thereby being slotted in to compete in a future competition on the show, but he also made his son beam uncontrollably.

“The Titan Games” competitor James Jean-Louis sits with Access Live and talks about competing on Dwayne “The Rock” Johnson’s show!

The next episode of The Titan Games airs on January 10 at 8/7c on NBC.