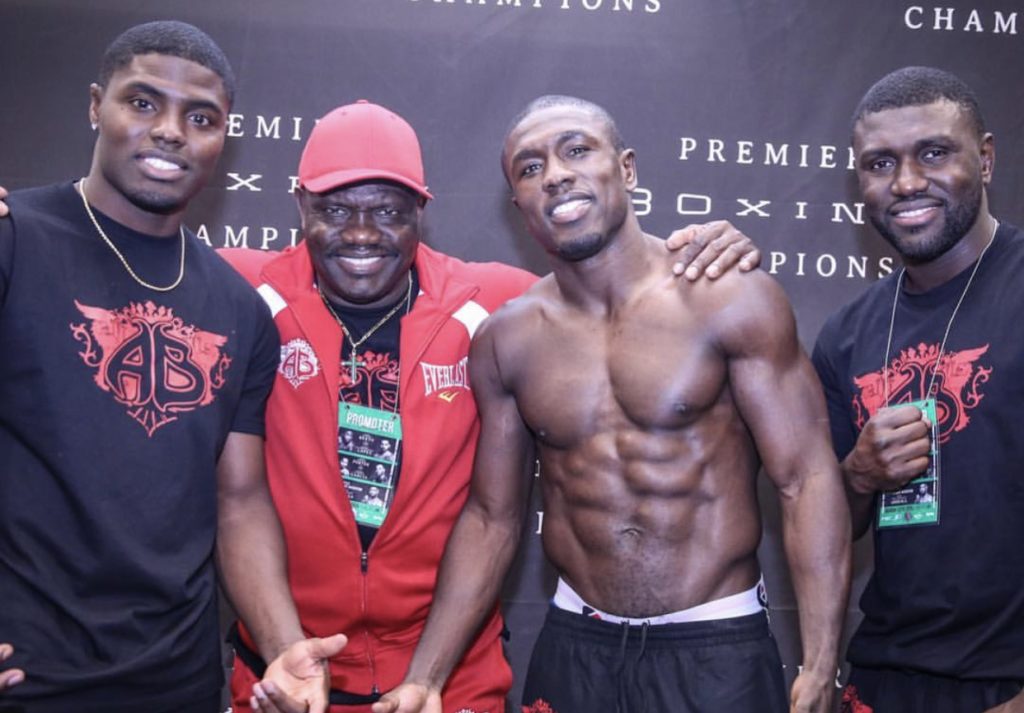 Dieuseul “Tiger” Berto, the father of world champion Andre Berto, passed away December 29 at the age of 60 after battling an illness.

Berto, a former kickboxer and founder of Tiger’s World Martial Arts and Boxing Fitness, died Dec. 29. He was well-known for conceiving a cardiovascular weight-loss training program. He leaves behind eight children, including Andre Berto, a two-time former welterweight world champion who held WBC and IBF belts from 2008-11.

Berto, 60, was born in Modle, Haiti. He moved to Central Florida when he was 22, and began working jobs like picking fruit and restaurant service but his love for martial arts led him on a different path. He practiced, Shoodokan and Jeet Kune Do, until he was introduced to the world of professional wrestling where he was known as ‘The Caribbean Kid.”

Berto competed with some of the greatest martial artists in the world. Several years into his career, he branched off into Battle Arts, he became one of its pioneers in Central Florida competing in organizations all around the world gaining notoriety and eventually reaching the pentacle of the sports UFC.

“He was very important to the community because he helped a lot of people,” said his son, Edson. “He helped people with their health and confidence. He was also a family man who helped a lot of kids and tried to keep them out of trouble with his kid’s program.”

Dieuseul passed down these disciplines to his children. His son James Edson Berto, and daughter Revelina Berto, are both professional MMA fighters. Andre represented Haiti in the 2004 Olympics. He’s enjoyed a fine pro career, becoming a two-time welterweight champion.

Berto started Tiger’s World, located across the street from Winter Haven High School, in 1996 and soon after was injured in a horrific car accident in St. Petersburg that left him in a wheelchair for more than a year. But he began finding ways to train from the wheelchair, including push-ups and hitting a punching bag, which inspired his cardio program that incorporated techniques used in the workout. The program eventually helped more than 1,000 people shed unwanted pounds during the past 20 years.

The L’union Suite team have known Mr. Berto for the last three years and he was always a very quiet, supportive and motivating man. Traveling along with his whole family, we had the pleasure of attending all of Andre Berto’s recent fights with Mr. Berto right by his son side assisting in some of his coachings. He was a very attentive and inspiring man who will be missed by so many.