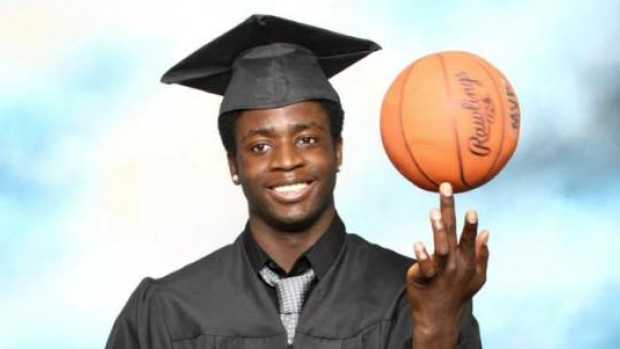 According to CBC News,

The All Native Basketball Tournament began in Prince Rupert, B.C. on Feb. 12, and for the second year in a row a member of the Heiltsuk First Nation won’t be allowed to play because he doesn’t have Indigenous blood.

Josiah Wilson, 21, was adopted from Haiti when he was five months old and raised by a Heiltsuk family in western Canada. He spent much of his youth in Heiltsuk territory in Bella Bella, and self-identifies as a member of the nation. He is also legally recognized as a status Indian under Canada’s Indian Act, and as Heiltsuk under the guidelines of the nation.

What is Heiltsuk :  The Heiltsuk are Indigenous people who traditionally occupied a part of the central coast of BC in the vicinity of Milbanke Sound and Fisher Channel. They have been referred to also as the Bella Bella, a term anglicized from the name of a site located near the present-day community of the same name. The Heiltsuk speak Hailhzaqvla, a Wakashan language shared also with the Haihais or Klemtu (seeIndigenous Languages in Canada). – Read More Here

None of this is enough to convince tournament organizers that he should be allowed to compete with his teammates on the Heiltsuk Wolf Pack.

“As I understand it and according to their rules, the participants need to be born with at least 1/8th… North American Indigenous blood,” Wilson’s father, Dr. Don Wilson told CBC Daybreak North host Carolina de Ryk.

This runs counter to Wilson’s own feelings of what constitutes Indigenous heritage, as well as those of the Heiltsuk Nation.

“Adoption is a very important part of our culture and it always has been,” he explained.

“From our perspective he’s the equivalent to being born with Indigenous ancestry because he’s been adopted into our nation and he has both legal and cultural standing as a status Indian.”

Josiah played in the tournament as a member of the junior team, but prior to competing in the 2016 event he received a letter informing him he would not be allowed to take part. The decision made national headlines and sparked a debate about so-called blood quantum rules that define Indigenous status based on blood over culture and upbringing. Dr. Wilson said he’s received “dozens and dozens” of messages of support from fellow Heiltsuk, but for the second year in a row organizers aren’t letting his son play based on the bloodline rules.

Tournament organizers have declined to speak to CBC about the decision. Dr. Wilson said attempts at mediation with the tournament received little response.  Now, he’s launched a complaint with the B.C. Human Rights Tribunal claiming his son is being discriminated against based on race, place of origin, colour and family status.

“This is a discrimination of Indigenous against Indigenous,” he said. – Continue Reading Here