Season 12 of “So You Think You Can Dance” has split up its 20 finalists into two groups: stage dancers and street dancers but one of the most popular and charasimatic dancers is Haitian-American street dancer Alain “Hurrikane” Lauture.

Hurrikane first danced during the fourth round of auditions in New York City on the June 22 episode. The Haitian-born New Yorker bought his hometown’s hip-hop dance style and locking and made a great impression on the judges. He received unanimous vote to move on to the  Las Vegas callbacks from Judges Jason Derulo who is also Haitian, Paula Abdul, and Nigel Lythgoe all voted. 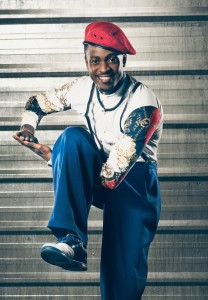 Before ending up on the So You Think You Can Dance, Hurrikane faced a difficult time with his family life. He was born in Port-au-Prince, Haiti and lived with his mother during a time of conflict for the nation. His father was living in America and since Hurrikane’s mother was struggling with raising her five children in Haiti, she asked his father to bring them to America.

He was very close to his mom so the parting was difficult, but he said his mother was happy because she knew he’d have a better life in the U.S. He cried when telling his story to the cameras and said he hopes to be an inspiration for other children in Haiti to show them they can dream of doing what they love. But, you would never have known from his audition about his emotional past. From his infectious smile to having Derulo excitedly exclaim a Haitian greeting to him, he won over the judges with his dance to “Thinkin’ About Your Body” by Bobby McFerrin. 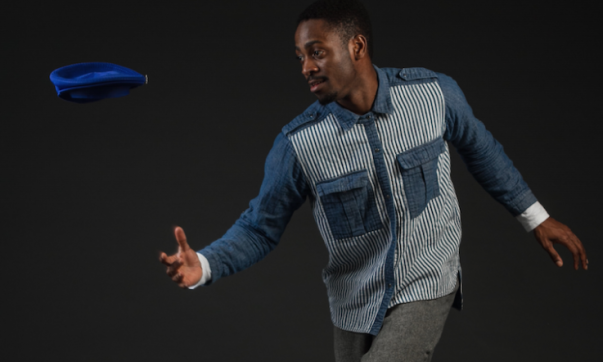 Screenshot of Alain from GoldDerby:

Hometown: I always say I was born and raised in Carrefour, Port-au-Prince, but I’ve lived in Stamford, CT and now find myself in New York, NY.

Do you have any formal training? No formal dance training, no ballet, ballroom, no technical dance of any sort, but I do appreciate them. I am only trained in street styles of dance.

Who would be your dream choreographer? OMG too many to name!

Which dancer from another season were you most inspired by? tWitch

What was your reaction to making the Top 20: I am still speechless. This is really unbelievable and has been an unbelievable journey. This is the icing on the cake!

What would people be most surprised to learn about you? I’m shy!

Click here to watch his New York audition below: