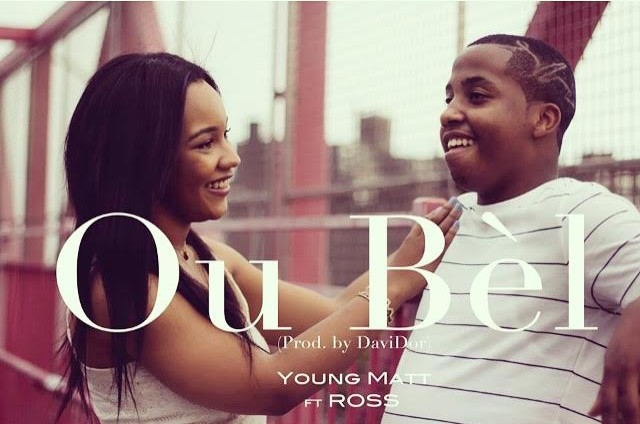 What influences your music? :

When I was younger around  7 or 8 years I would dance, raped and sang to ever song I heard. My two older brothers who were about 21 or 22 at the time would play music around me everyday and at one point  they both wrote their own rhymes and rapped around the house  all the time. One of my brothers even put up a rap group named “BDM” which stands for “Bigga Den Musik”, so at a young age I always had music around me. My dad also played a lot of Haitian classics at home, he also played guitar and sometimes he’d sit right next to me and we created funny songs and laughed through it all. As I got older like at the age of 12-13 years old, every song I heard for some reason I memorize all of it and I began rapping or singing it like it was my own song. So one day I figured it made sense to stop rapping and singing others songs and started writing and rapping my own music.

Your favorite lyric: “Respect people who find time for you in their busy schedule, but love people who never look at their schedule when you need them” – Drake

Out of all your music you have made what songs you feel are your favorites.:

If you could deliver one message to the Haitian music public what would it be?:

First thing to do is always go to school, for music school is very important, somebody that doesn’t go to school will never have the same kind of vocabulary as someone who actually goes. Your lyrics will be on point and your vocabulary will be advanced because you know deeper words, you will also be able to deliver more properly, rappers (who didn’t go to school) would try and say something but end using like 5 to 10 bars just because they’re not educated enough to say it in less. Second thing I can say is to always follow your dreams no matter what, never listen to people trying to put you down, you should take what they say as a source of motivation! Parents always want the best for you but when it comes to music they feel some type of way, they tell you that you can do something better, I’m not saying to disrespect them or anything but sometimes it’s good to break the rules and follow your dreams.  Always put yourself out there and don’t be shy to show your talent, don’t keep it a secret…!