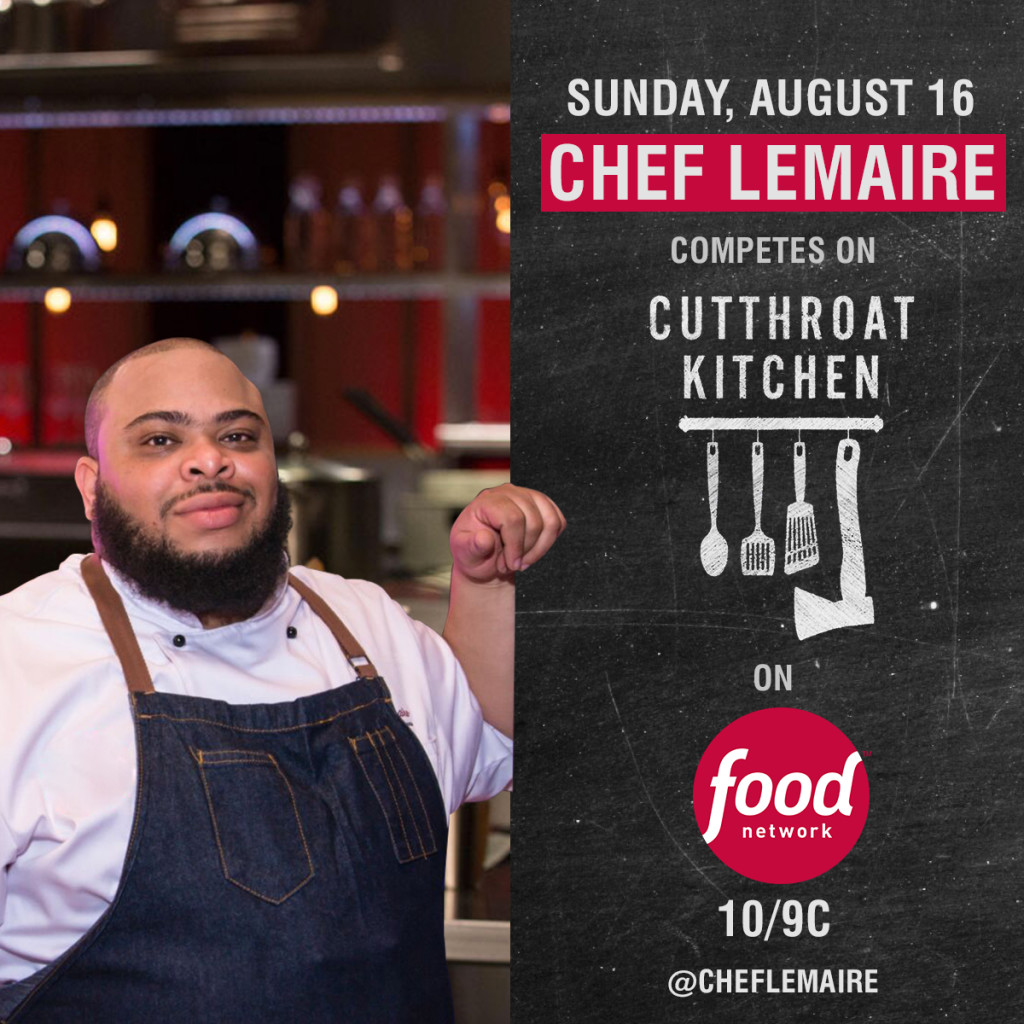 On August 16th, South Florida’s chef Alain Lemaire will be a guest on the Food Network’s Cutthroat Kitchen at 10pm EST.

I reached out to Chef Lemaire who is very excited about his guest appearance on the show and he wanted his fans to know how blessed and honored he is to have this opportunity.

“I am beyond honored and blessed to have had this opportunity not only to showcase my talent but to represent my country. We have went through and are still going through so much, that being able to demonstrate to the world our talents and resources is a defining moment for me. This has never been about Chef Lemaire, it is bigger than me.”

Alain Lemaire, also known as Chef Lemaire is a food service professional and consultant out of South Florida; Co-owner and Executive Chef of Sensory Delights, and has worked in some notable food service facilities such as the Harbor Beach Resort Association in Michigan and the Ritz Carlton Hotel in Downtown Atlanta. A native of Port-au-Prince Haiti, Alain began helping his mother at a young age in church functions. He developed an increasing passion for food and food service.

Chef Lemaire is  one of the managing partners of Soleil Entertainment, LLC whose goal is to promote Haitian Culture through theater, and performing arts. Over the past year, the organization’s target is to showcase the real side of Haiti, her beauty, what she has to offer and her potential through plays while providing a platform for young individuals without a voice. Alain is also one of the Founding Members and the Secretary General of the Haitian Culinary Alliance whose goal is to create a network of food service, culinary and hospitality professionals of Haitian descent while providing mentoring and educational resources to the affiliates. This organization aims to showcase Haiti’s rich culture and empower young Haitians and Haitian descent alike.

So far this year, Alain has participated in the Deerfield Food & Wine Festival, Colors of the Caribbean. On May 11, 2013 Alain is one of the organizers of Taste of Haiti held in Miami Florida with the Haitian Culinary Alliance.

Congratulations Chef! If you’re in South Florida and interested in watching the episode with Lemaire, he is hosting a watch party at Whiskey Tango on 1903 Hollywood Blvd, FL 33020 starting at 9pm.