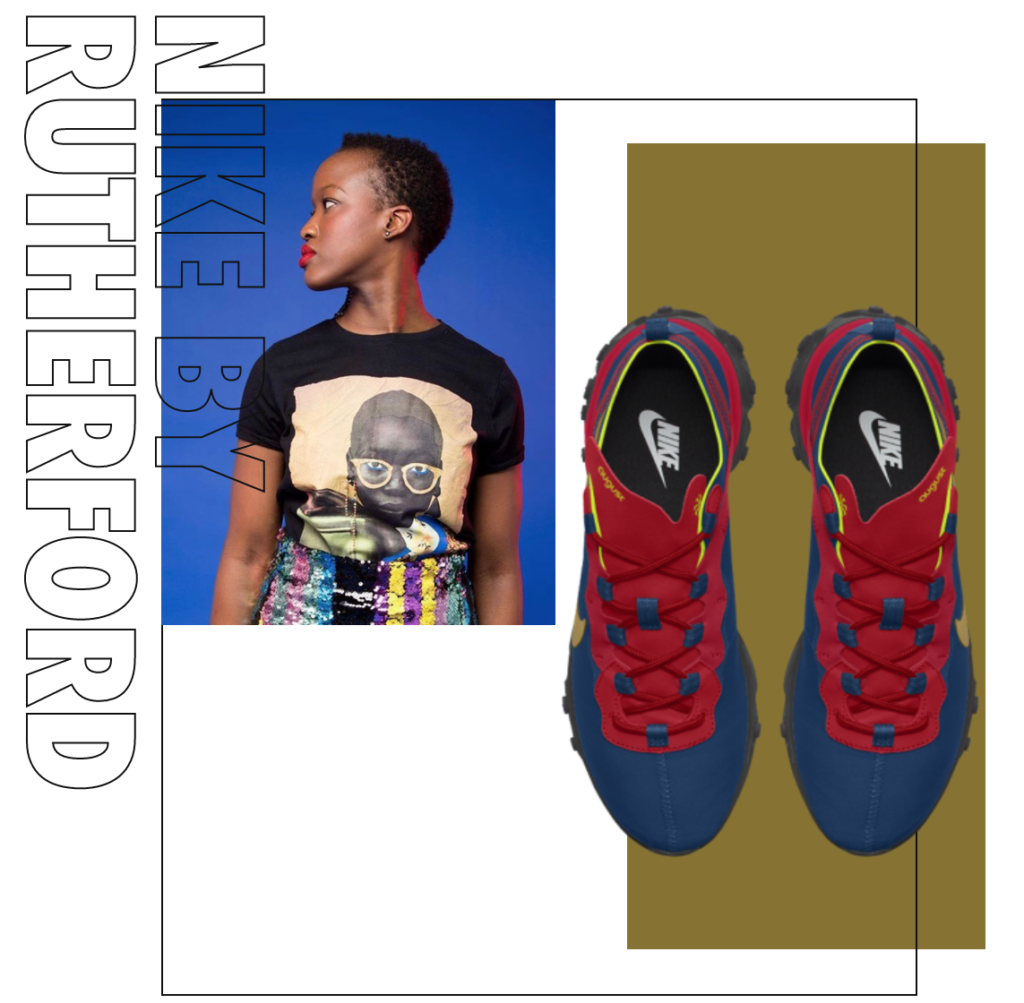 We Are Cultivator x Nike held a competition to attract creatives nation-wide calling it the “Give Thanks Drop”. Brooklyn-based Haitian-American, Ruth Jean-Marie was hand selected out of the competitive pool to design a sneaker for Nike. Through her design, Jean-Marie highlighted an important period in World History: the Haitian Revolution.

Using the uniforms of Haitian revolutionaries and centering the success of enslaved rebels as her baseline, Jean-Marie aptly named the sneaker “Uprising”—a reminiscent of change and the need for it. Her goal is to remind us of the power of thought.

Uprising is lightweight and supportive with a colorway inspired by the uniforms worn by the revolutionaries. Colored red, blue, black, gold and green, the “Uprising” is a reminder of the accomplished feat. Jean-Marie is not only a designer, but she is also a Haitian entrepreneur, philanthropist, and Founder of philanthropy, The August Project.

Uprising is limited edition online exclusives only available for ten days, November 1st, 2019 through November 10th, 2019. Of the revolution, Jean-Marie states, “Revolution requires belief in thought. It is the imagination of what’s possible that matters more than the movement.”

A portion of the profits will be donated to Jean-Marie’s organization, The August Project, whose aim is to alleviate poverty in Leogane, Haiti by igniting the imagination.

We congratulate Jean Marie on her new project and stand to support her on this journey to showcase Haiti and bring awareness of the poverty situation that plagues Haiti.