Marlo was definitely my favorite character on ” The Wire” and I had no idea he was Haitian.

Actor Jamie Hector is an Haitian-American actor and football star who is known for his portrayal of Marlo Stanfield on the critically acclaimed HBO series The Wire. Hector began acting immediately after high school when he auditioned for a community theater company. He then enrolled in college while he continued to audition and book roles on New York Undercover, Third Watch, Law & Order, Law & Order: Special Victims Unit, The Beat, and Oz. His film work dates back to Spike Lee’s Clockers. From there he went on to appear in He Got Game, Ghost Dog, Prison Song, and Everyday People. In 2002 Hector had a brief role in the movie Paid in Full.

Hector attributes a defining moment in his career to the 2003 short film Five Deep Breaths directed by Seith Mann. With Hector in the lead role Five Deep Breaths was an Official Selection of the Cannes, Sundance, Tribeca, and IFP Film Festivals; it went on to accumulate 16 awards. David Simon, the creator of The Wire, cited Five Deep Breaths as the movie that brought Hector to his attention. Hector started in the 2008 film Blackout with Melvin Van Peebles and Jeffrey Wright, and was featured as recurring villain Benjamin “Knox” Washington in the third season of Heroes. In 2008, Hector also appeared in the film Max Payne, in which he plays the role of Lincoln DeNeuf, a Haitian crime boss.

In 2010, Jamie Hector had roles in the movies Just Another Day, where he played up and coming young rapper Young Eastie who attempts to make it as rapper, at all costs and Night Catches Us, and began filming The Gift. He has continually stayed active mentoring youth with his Moving Mountains organization, and has helped to earn money for victims of the 2010 Haiti earthquake. He voiced as Emile-A239 (Noble 4) in Halo: Reach.

In 2011, Jamie made an appearance on CSI Miami as Jean Guiton in the episode Hunting Ground. According to the “Q&A with the Cast and Creative Team of The Wire” special feature from Disc Five of the Season 3 DVD Boxset of The Wire, Hector mentors children. He teaches them martial arts and drama, counsels them and checks whether they attend school. 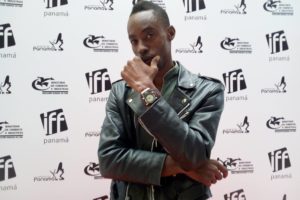 Haitian-Dominican Actor Jean On Being Face of DR’s Oscar Campaign, But Undocumented At Home