Kettie Jean was born in Jacmel City in Haiti and was raised and grew up in Montreal Canada. When she moved to New York City, she attended for a semester at Lee Strasberg Theatre and Film Institute. Later on, she completed International Affairs as Master’s Degree at Columbia University. After she acquired her master’s degree, she decided to pursue her passion for acting. Kettie started traveling at a young age. She lived a year in Hong Kong as an exchange student and traveled throughout South East Asia, China India, Nepal, Mongolia, the Middle East and Africa. Her travels shaped her into an adventurous woman and her experiences transcend into her art. Kettie currently lives in New York where she divides her time between acting and non-profit work for Haiti.

The Silent City series which is her most recent work can be watched free on YouTube and is believed to change how the films are marketed, produced and viewed. YouTube has become a great instrument as distributors for film producers who have limited budget.

Here is a clip from The Silent City – Official Launch Trailer 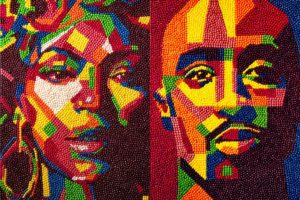