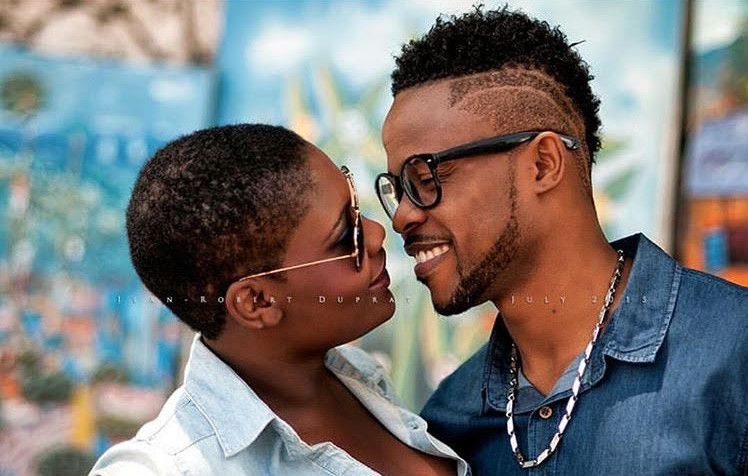 By now many of you may have heard a lot of rumors about popular Haitian artists, Roody Dauphin and Rutshelle Guillaume. According to the various social networks, these rumors stemmed from some infidelity which led to a domestic violence argument between the two artists.

Since announcing their relationship, fans watched as the two alleged ex-lovers share personal pictures of each other on their social network handles. Fans got a first-hand look as the love between the two blossom the past few months. While many fans are focused on the rumors and audio recording posted on the internet detailing the current status of their relationship, I believe there’s a serious issue of “communication” when it comes to the artists management team and representatives.

Communication helps us connect to one another, whether by writing, speaking, or just signs. As an artist, being able to effectively communicate with fans and the public altogether is crucial, not just announcing concerts and new music but keeping situations in the artist personal lives from escalating the way this one have.

In their recent interview with Carel, the artists confirmed they are not under the same management. To my understanding, the roles of a management team may vary depending on each person’s experience but managers commonly responsible for booking shows, interviews, reviewing contracts and songs and on occasion they may also take the responsibility of dealing with public relations matters.

In relationships whether personal or professional, things happen where sometimes it escalates and becomes public. When it comes to the Haitian Music Industry, it’s not uncommon to see talent/business managers ignore the role of representing their artists properly. This is a prime example of Haitian artists ignoring the importance of professionally addressing the public, or hiring a representative to address pressing matters. “Where are Rutshelle and Roody’s managers and representatives?” Shouldn’t they have address the public by now?

I visited both Rutshelle and Roody’s page and while Roody has hinted there’s a problem by posting meme’s stating he’s single, Rutshelle have remained quiet. Both artists have a dedicated fans base who are looking for answers. If for any reasons the artist have decided to stay quiet about the issue, their management team should at address it instead of leaving fans in the dark about a topic which may affect both of their careers and reputations. Something as simple as: “What you have heard about so and so are just rumors, everything is fine with them” or “Rutshelle or Roody is not able to discuss anything now as she/he is going through a tough time, but she/he will be back with you all soon, keep her/him in your prayers.”

While many of their fans are speculation on what’s true or rumors, what we do know is something happened, and while we will all agree sometimes people make mistakes, as artists with such a large fan base, it is important that management staff or the artist professionally address the public.

Until someone addresses the issue properly, I refuse to believe anything that is circulating. I hope that everything is okay and I wish them the best.

Communication is always very important. A few tips for effective communication includes addressing issues in a timely manner, speaking clearly and wisely choosing your words, being aware of individual differences, and apologizing when it’s necessary.

Inside the 8th Anniversary of the Haitian Memorial Monument in Savannah
New Music Mix “The Global Zoe “Bouyon ” Mixed by: DJ Wicked