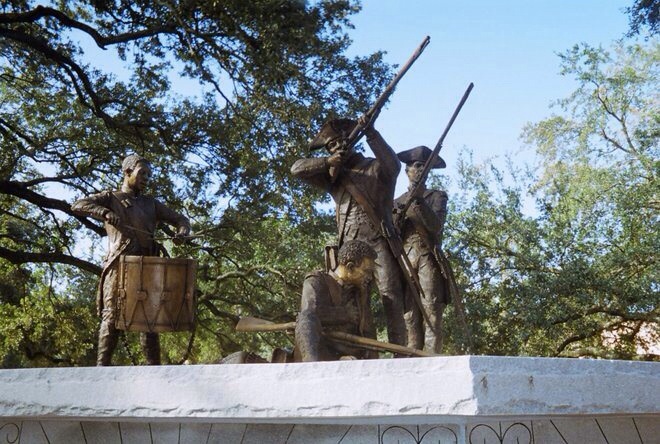 While you celebrate Independence Day. Make sure to mention and salute the Haitians who assisted the United States in their fight for freedom.

According to this the44diaries article,

After 228 years as largely, unsung contributors to American independence, Haitian soldiers who fought in the Revolutionary War’s bloody siege of Savannah had a monument dedicated in their honor. On October 9, 1779, a force of more than 500 Haitian gens de couleur libre (free men of color) joined American colonists and French troops in an unsuccessful push to drive the British from Savannah in coastal Georgia.

The American Revolutionary War (1775–1783), the American War of Independence,or simply the Revolutionary War in the United States, was the military rebellion against Great Britain of Thirteen American Colonies which joined together as the United States of America in July 1776. Originally limited to fighting in those colonies, after 1778 it also became a world war between Britain and France, Netherlands, Spain, and Mysore.~ Wikipedia

Chairman Daniel Fils-Aime
“We were here in 1779 to help America win independence, “ said Daniel Fils-Aime, chairman of the Miami-based Haitian-American Historical Society. “That recognition is overdue.” “To see a monument in downtown Savannah and the commemoration of the involvement of the Haitian Americans, it’s a dream come true.” said Savannah Mayor Floyd Adams Jr. “This will help educate Americans but also Haitian youth about the significant contribution their ancestors made.” “The role of Haitian soldiers in the battle had long been ignored“, said North Miami Mayor Josaphat Celestin. “It means recognition for our efforts, that we were here all along, that Haiti was a part of the effort to liberate America and that they came here as free men, not as slaves,” Celestin said. “We hope this country will recognize this.”

“It’s a huge deal,” said Philippe Armand, vice president of the Association of American Chambers of Commerce in Latin America, who flew to Savannah from the Haitian capital of Port-au-Prince. “All the Haitians who have gone to school know about it from the history books.” Though not well-known in the U.S., Haiti’s role in the American Revolution is a point of national pride for Haitians. After returning home from the war, Haitian veterans soon led their own rebellion that won Haiti’s independence from France in 1804.

Who were these heroes?

The presence of the Chasseurs-Volontaires de Saint-Domingue as the largest unit of soldiers of African descent to fight in this war is worthy of commemoration. The fact that their number was made up of free men who volunteered for this expedition is startling to most people and surprising to many historians. Their presence reminds us that men of African heritage were to be found on most battlefields of the Revolution in large numbers. As a new and relatively inexperienced unit, the Chasseurs participated in the siege warfare including the battle of September 24th and the siege of October 9th.

The Chasseurs Volontaires de Saint-Domingue served as a reserve unit to American and French forces fighting a British contingent. As battered American and French soldiers fell back, the Haitian troops moved in to provide a retreat. Twenty-five of their number has their names recorded as wounded or killed during the campaign. Over 60 were captured in the fall of Charleston eight months later. The British Navy captured three transports carrying Chasseurs; these soldiers were made prizes of war and sold into slavery. Other members of this unit were kept on duty away from their homes for many months as part of French garrison forces. A subsequent unit of Haitians was a part of the French and Spanish campaign against Pensacola where they faced some of the same regiments of British troops that their comrades faced in Savannah. 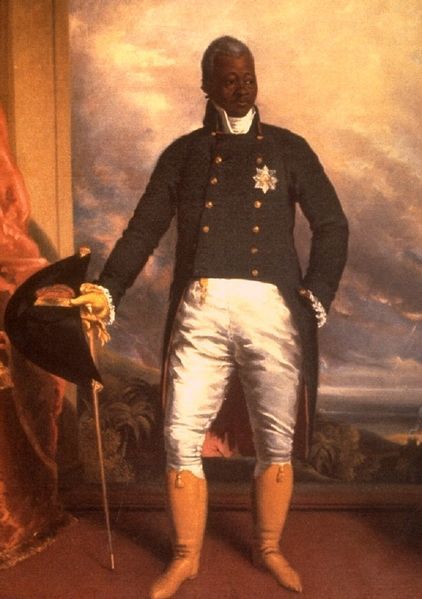 The efforts of Haiti to secure its independence from colonial rule beginning in 1791 are remarkable for the fact that what began as a slave revolt was to ultimately succeed in prevailing over the resources of the French Empire and to form a government of Western Hemisphere Africans. Haiti, much smaller in population than the United States, was attacked by armies as large as those sent against America by Britain. The Haitian victory over the legions of Napoleon was achieved with much less foreign assistance than the United States enjoyed.

Many key figures in the Haitian War of independence gained military experience and political insights through their participation in Savannah — most notably Henri Christophe, a youth at the time but in his adult years a general of Haitian armies and king of his nation for fourteen years. Many of the Haitian soldiers later fought to win their country’s own war of independence, crediting their military experience in Savannah. Influenced by both the events of the American Revolution and the rhetoric of the French Revolution, the people of Haiti began a struggle for self-government and liberty. The first nation in the Western Hemisphere to form a government led by people of African descent, it was also the first nation to renounce slavery. 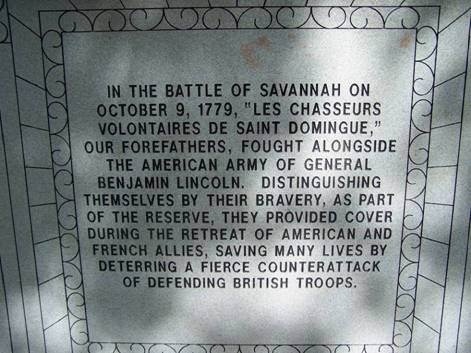 Here is another LINK to read about Haitians in the revolutionary war. 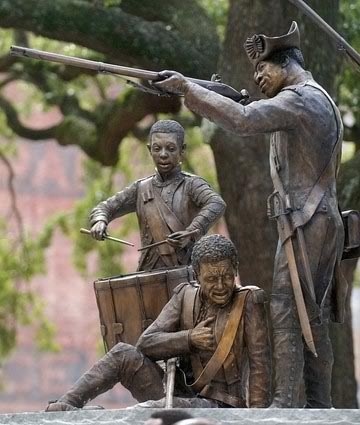 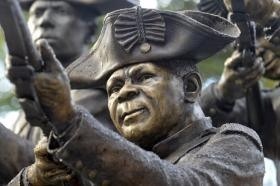 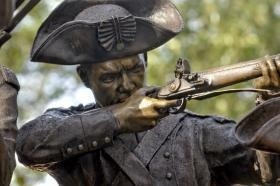