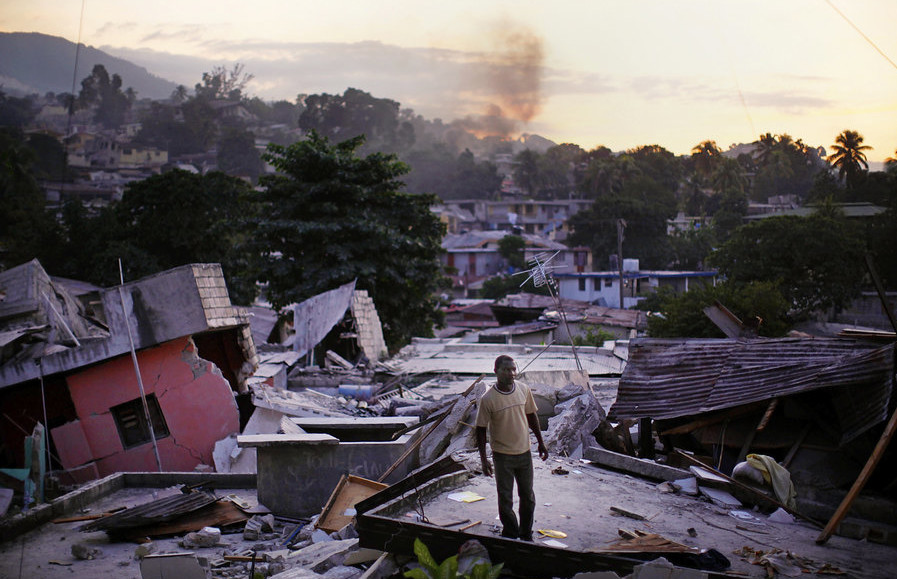 When a devastating earthquake leveled Haiti in 2010, millions of people donated to the American Red Cross. The charity raised almost half a billion dollars. It was one of its most successful fundraising efforts ever. The American Red Cross vowed to help Haitians rebuild, but after five years the Red Cross’ legacy in Haiti is not new roads, or schools, or hundreds of new homes. It’s difficult to know where all the money went.

NPR and ProPublica went in search of the nearly $500 million and found a string of poorly managed projects, questionable spending and dubious claims of success, according to a review of hundreds of pages of the charity’s internal documents and emails, as well as interviews with a dozen current and former officials.

Cross says it has provided homes to more than 130,000 people, but the number of permanent homes the charity has built is six.

The Red Cross long has been known for providing emergency disaster relief — food, blankets and shelter to people in need. And after the earthquake, it did that work in Haiti, too. But the Red Cross has very little experience in the difficult work of rebuilding in a developing country. The organization, which in 2010 had a $100 million deficit, out-raised other charities by hundreds of millions of dollars — and kept raising money well after it had enough for its emergency relief. But where exactly did that money go?

Ask a lot of Haitians — even the country’s former prime minister — and they will tell you they don’t have any idea.

“Five hundred million in Haiti is a lot of money,” says Jean-Max Bellerive, who was prime minister until 2011. “I’m not a big mathematician, but I can make some additions. It doesn’t add up for me.”

On a recent day, Bellerive was sipping coffee in his living room, high above Port-au-Prince, with Joel Boutroue, who was the United Nations deputy special representative in Haiti before the earthquake and an advisor to the Haitian government afterward. Boutroue says he can’t account for where the nearly $500 million went either. They considered the Red Cross’ claim on its website and press releases: That all the money went to help 4.5 million Haitians get “back on their feet.”

“No, no, not possible,” Bellerive says. “We don’t have that population in the area affected by the earthquake.”

“You know,” Boutroue chimes in, “4.5 million was 100 percent of the urban area in 2010. One hundred percent. It would mean the American Red Cross would have served entire cities of Haiti.” – Continue Reading Article Here Click here to post a comment
WATCH: Minister of Tourism Stephanie Villedrouin’s Miami Road Show Briefing
About 500 March Against Deportation of Migrants to Haiti and Zimbabwe From Canada